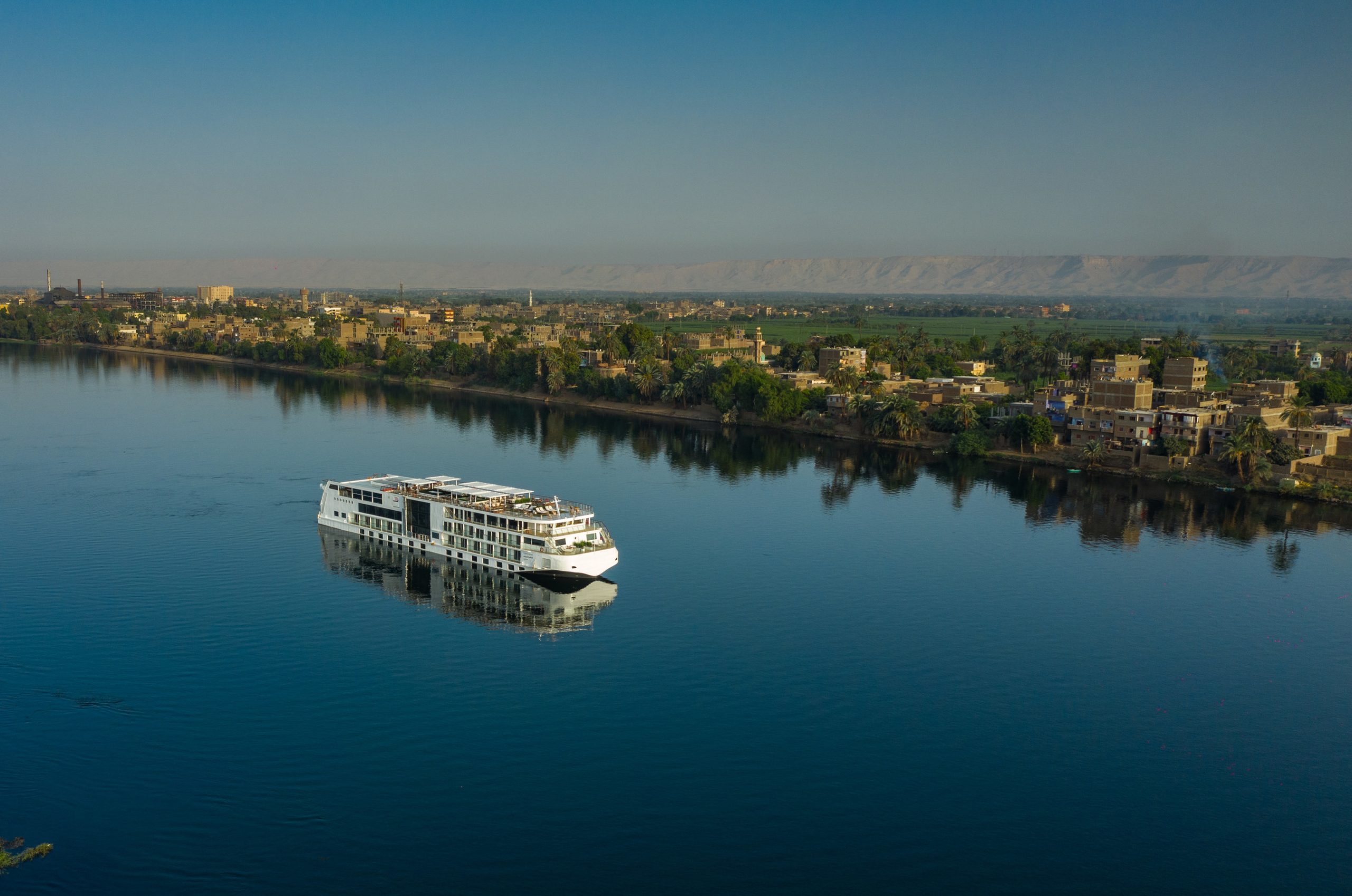 The newest Viking river cruise ship was named at a ceremony in Luxor, Egypt yesterday with some very special guests in attendance. Viking Osiris is set to sail the Nile River with guests for the first time after Viking’s first ever ceremonial godfather, George Herbert, the 8th Earl of Carnarvon, offered a blessing of good fortune and safe sailing for the ship. The ceremony was also attended by Torstein Hagen, Chairman of Viking.

Designed specifically to navigate the Nile, Viking Osiris was built at Massara shipyard in Cairo and will sail Viking’s Pharaohs & Pyramids itinerary which brings guests from Cairo to six other unique places in Egypt along the famous river. Highlights include the new Grand Egyptian Museum, the Temples of Luxor and Karnak, the tomb of Nefertari in the Valley of the Queens, and the tomb of Tutankhamun in the Valley of the Kings.

“Egypt has always drawn curious explorers for its rich history and ancient antiquities, and ever since we first began operating on the Nile River in 2004, our guests continue to be amazed by the country’s many cultural treasures. Today we are pleased to officially welcome the Viking Osiris to our growing fleet on the Nile River, which allows us to welcome even more curious explorers to this incredible destination,” said Torstein Hagen, Chairman of Viking. “During this milestone year for Egypt, we are also very grateful for the continued close friendship with the Carnarvon family, and that Lord Carnarvon has honored us by serving as the first godfather in our history.”

The 8th Earl of Carnarvon, Godfather of the Viking Osiris

He lives at Highclere Castle with the 8th Countess of Carnarvon, and they run the estate and business together. He is a keen horseman and sits on the board of the Historic Houses Association (HHA). He also takes a considerable interest in conservation and farming and has been an investor in start-up technology businesses. Together, the Carnarvons are Viking’s first “godparents,” as Lady Carnarvon is godmother of Viking’s newest ocean ship, the Viking Mars, as well as the river ship, the Viking Skadi.

RELATED: A VIKING HAS CONQUERED THE GREAT LAKES

“It is a great honor to be asked to be godfather to the Viking Osiris, one of the most beautiful river vessels to have ever graced the Nile. This is especially the case in the centenary year of my great-grandfather’s discovery of the tomb of the Pharaoh Tutankhamun, and no doubt he and my great-grandmother, Lady Almina, would have been delighted to board the Viking Osiris had it been sailing in their day,” said Lord Carnarvon. “The 5th Earl of Carnarvon was one of the great explorers and excavators of his time, and today you may join in his love of the glories of ancient Egypt, all in the exceptional comfort and style of the Viking Osiris.”

The new ship holds just 81 guests in 41 staterooms and features an indoor/outdoor Aquavit Terrace, french balconies, hotel-style beds and an overall look and feel that Viking cruisers will recognize immediately.

Viking Osiris joins the Viking Ra, which launched in 2018 and soon they will be joined by Viking Aton, an identical sister ship to Viking Osiris, in 2023.

During an intimate celebration earlier today in Egypt, we welcomed our newest river ship, the Viking Osiris.

A proud day for all of us in the Viking family, we welcome you to enjoy some of the highlights from this momentous event. #MyVikingStory pic.twitter.com/weZLDIxetz 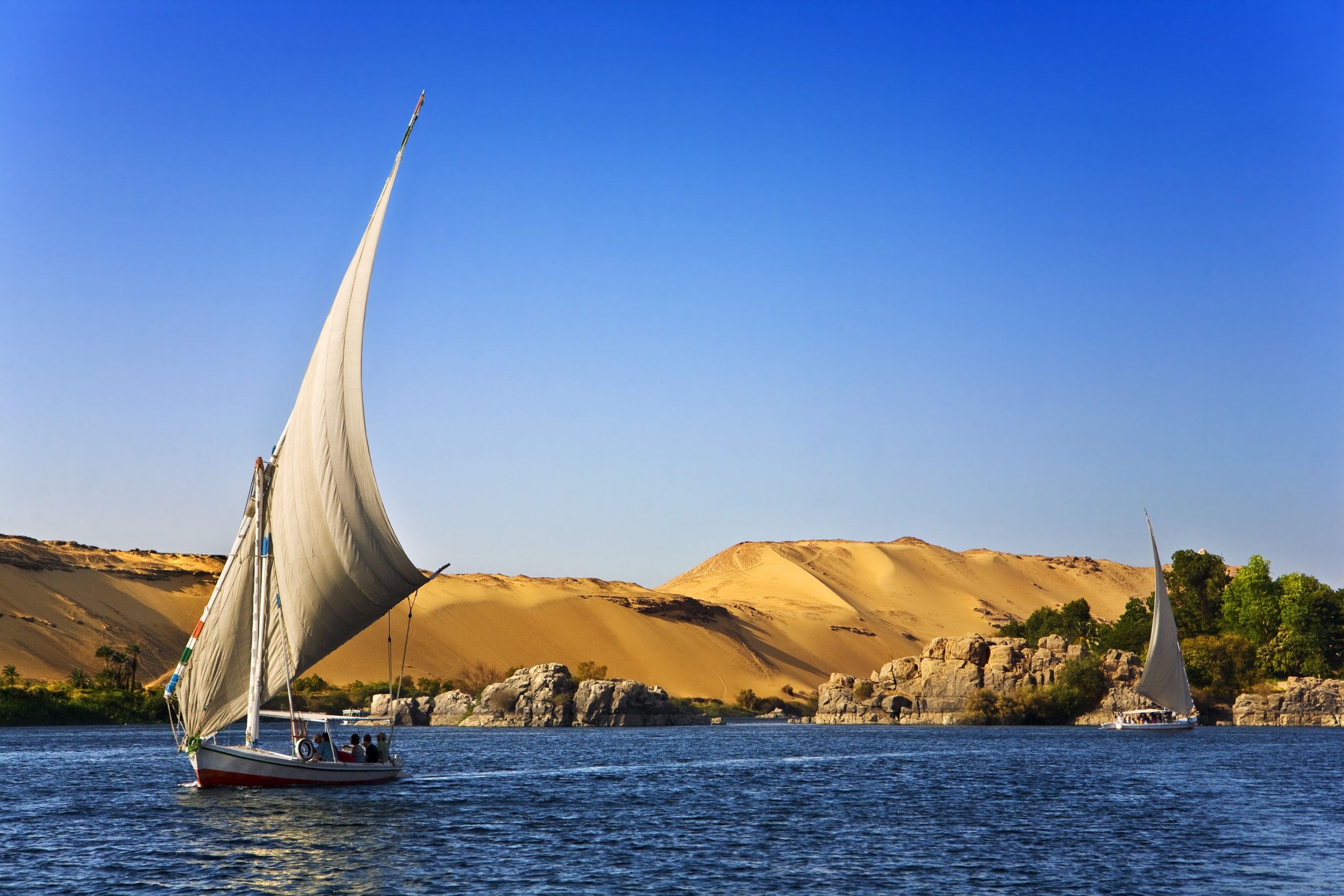