Skip to the content
June 20, 2019 By Porthole Cruise and Travel Magazine
FeaturedMagazine Excerpts

Once predominantly relegated to specialty or theme cruises, out gay and lesbian travelers have since had their coming out of sorts on traditional cruises. With growing acceptance of marriage equality and an increase in the number of gay families, cruise lines have taken notice of this community and have added programming of interest to LGBTQ travelers and increased their staff sensitivity training.

While the Caribbean has areas where LGBTQ rights are a generation or two behind most of North America and Europe, Puerto Rico is a pleasant exception. San Juan is the home of gay culture here, with Condado Beach and Ocean Beach to the east of the tourist-laden Old San Juan area, as the centers of activity. Popular clubs include the Temptation and Circo Bar, and Oceano’s and Oasis Tapas & Lounge are great spots to grab a bite. Check out the Santurce arts district, where you’ll find great and varied architecture, sculptures, LGBTQ galleries and shops, the Museum of Contemporary Art, and graffiti and street art that will change your mind about what these urban artists can mean to a neighborhood.

The queer culture in Australia’s largest city is nothing if not diverse. There’s plenty of exhibitionism on display at gay-friendly beaches such as Bondi, Lady Jane (also called Lady Bay), and Obelisk (which is nude). Oxford Street is the city’s historic gay and lesbian center, although in recent years, the scene has evolved away from it, with pockets of fabulousness appearing in Surrey Hills, Newtown, Erskineville, and Paddington, among others. Stop at the famous Bearded Tit for a drink or the Stonewall Hotel for a drag show. If you happen to be in Sydney during the Gay and Lesbian Mardi Gras Festival, join in with the tens of thousands of attendees, who are in town for one of the biggest parties of the year, spread out among various clubs.

Gay life in San Francisco used to revolve around the Castro District, but this famously progressive city has become such a mecca for the community that you’ll find gay-owned boutiques, clubs, eateries, and galleries in almost every neighborhood. If you’ve never been, a walk down Castro Street is a sort of rite of passage. Head south from Market Street and enjoy the iconic Castro Theatre sign fronting the movie palace built in 1922. A more recent addition, an enormous Pride flag at the corner of Castro and Market, looms over the area like a beacon, so it’s hard to get too lost here. Nearby sights include Harvey Milk Plaza, the GLBT Historical Society’s archives and museum, and an LGBTQ walk of fame called the Rainbow Honor Walk.

If time is limited, it’s tough to figure out what to do in New York for the LGBTQ traveler. If you have trouble deciding (or haven’t secured tickets to a Broadway show), you can’t go wrong wandering around Greenwich Village. It’s a must to visit the iconic Stonewall Inn, site of the riots in 1969 and widely considered to have launched the modern gay rights movement. The tavern is surprisingly small, but have a drink here before heading over a couple of blocks to the amusingly named Big Gay Ice Cream Shop — where the line often stretches out the door. Try the unique flavors like Wasabi Pea Dust or Crushed Nilla Wafers.

The ports of Miami, Fort Lauderdale, and Key West are among the most gay-friendly places you’ll find, and some argue this region is the center of the LGBTQ universe. Stroll South Beach’s Ocean Drive to see bodies that have been meticulously sculpted by untold hours at the gym. After dark, the music starts pumping at clubs like Twist, Score, and Palace Bar. For shopping, arts, and museums, Fort Lauderdale is the self-described Venice of America. Experience its Riverwalk Arts & Entertainment District and Las Olas Boulevard for a bevy of boutiques, art galleries, and restaurants. A few miles beyond, in Wilton Manors (aka WilMa), you’ll find the “second gayest city in America,” with a long corridor of LGBTQ-owned restaurants and shops along Wilton Drive. Meanwhile, in the popular port of Key West, the gay watering holes move at a slightly more relaxed pace. Artists have been coming here since the era of Tennessee Williams and Ernest Hemingway, so be sure to budget some time for the Ernest Hemingway Home & Museum in Old Town to tour the famed writer’s studio.

This largest city in the Hawaiian Islands is also the center of gay life in the 50th state. You’ll find a sprinkling of gay and lesbian bars in and around Waikiki. Queen’s Surf Beach, near the zoo, is a well-known gay hangout with amazing vistas. It’s a short stroll from Waikiki, and you’ll find it to be much less crowded. While you’re in the area, stop for…. 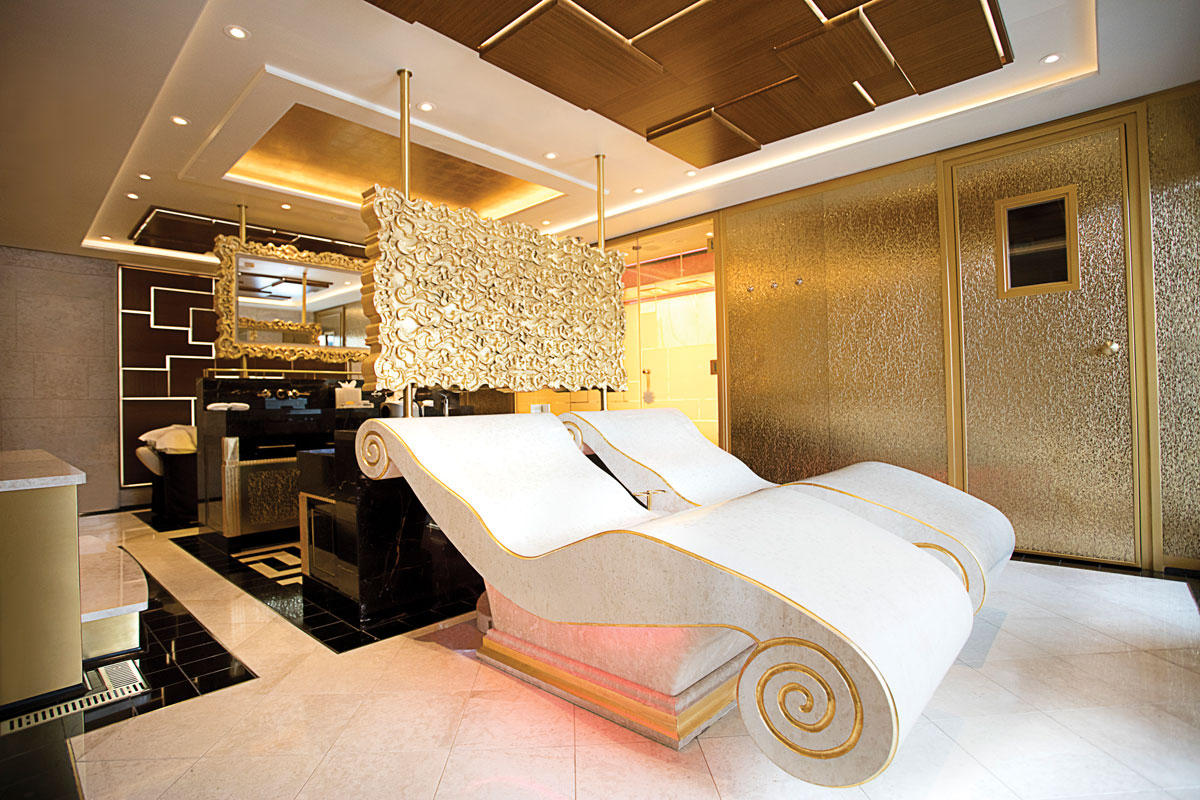 Our favorite features in the Best Cruise Ship Suites at sea. As if it’s not enough to have suites 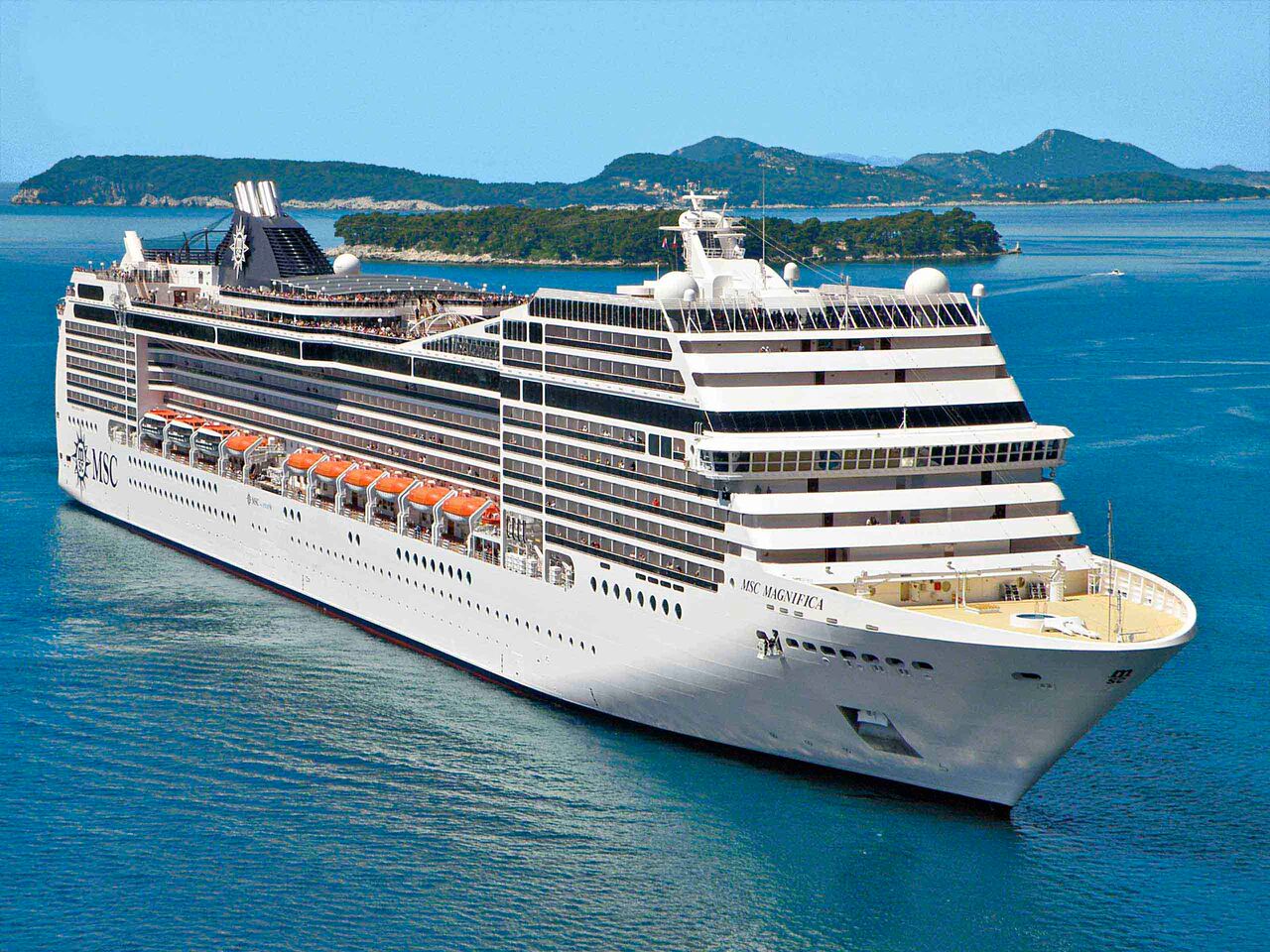