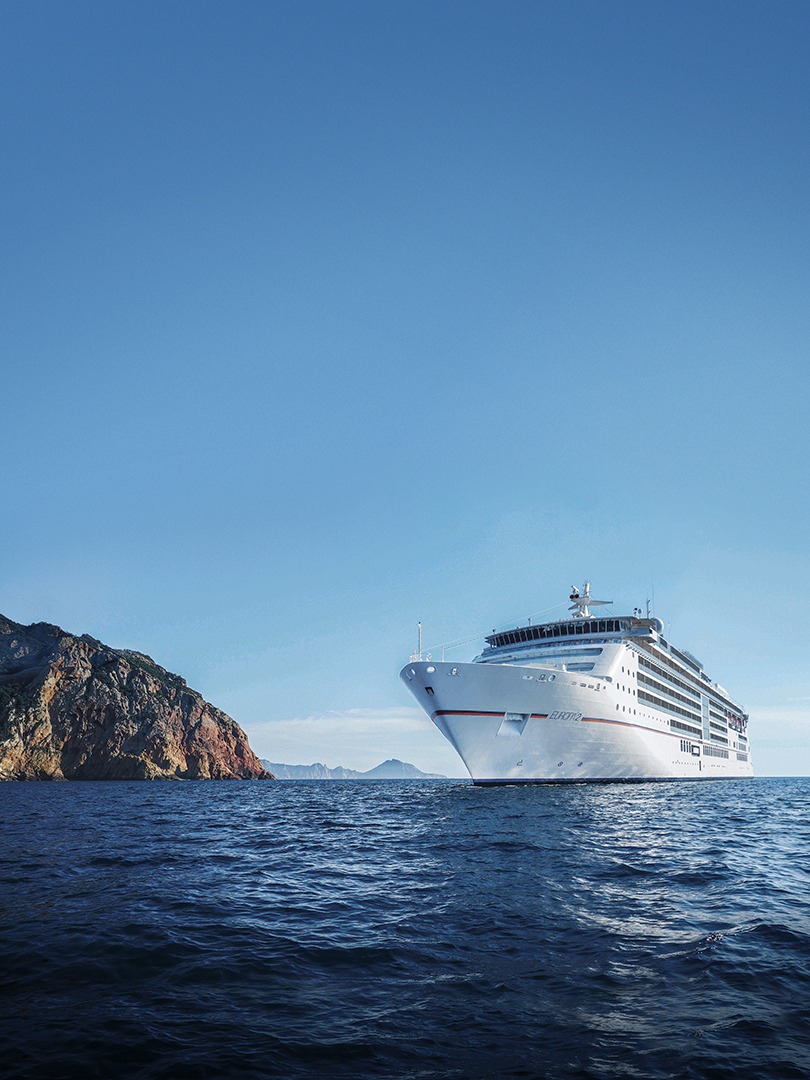 How an English-speaking cruiser fares aboard a German-market cruise ship.

Imagine you’re a theater buff. You’ve immersed yourself in the subject for decades and believe that your knowledge is absolute and your passion unsurpassed. And then, suddenly, some play you’ve never even heard of pops up out of nowhere and walks off with all the Tony Awards.

That’s the feeling I had as I traveled to Thessaloniki, Greece, to board Hapag-Lloyd Cruises’ Europa 2, a ship that barely registers on the North American cruise fanatic’s radar. But there I was, aboard the ship’s Greece and Turkey itinerary, ready to test the proverbial waters.

Soon after her 2013 launch, Hapag-Lloyd’s 42,830 grt, 500-passenger Europa 2 was crowned the “world’s best cruise ship” by respected cruise authorities. Even more surprising was that this top honor had previously been held by another Hapag-Lloyd vessel, Europa. With Europa 2, the German-based Hapag-Lloyd hopes to expand its reach beyond its predominantly German-speaking market by providing a dual German/English–language product that promises casual, family-friendly luxury.
Even before boarding my flight to Greece, I had a taste of the staggering attention to detail that is a hallmark of Europa 2. Bucking the trend toward downloaded documents and luggage tag PDFs, a sailing aboard Europa 2 begins with the delivery of a document package. Encased within a fabric clutch, I found information for my upcoming sailing along with two leather luggage tags, cruise tickets, several postcards that reflected my sailing’s unique itinerary, informative brochures — and even the card key for my assigned suite.

Europa 2 is a stunning ship of classic lines, a single stripe in the colors of the German flag the only accent on her gleaming white exterior. This clean, unfussy wrapping hints at the sophistication of her modern interior, intelligent layout, vast and tasteful art collection, stunning fixtures, and restful neutral color schemes all enhanced by imaginative lighting. Sea views are everywhere aboard Europa 2, bordering the staircases throughout the ship, in every public room except the theater, and from the wide windows in each of the ship’s seven dining venues.

I usually avoid superlatives and would never proclaim anything the “best in the world” based on my opinion alone, but, very quickly, I understood how Europa 2 earned her lofty title. She is, without doubt, one of the most beautiful ships I’ve ever seen.

How Suite It Is

En route to my suite on Deck 4, I pass through Europa 2’s reception area, a modern celebration of chrome, glass, gold, and silver. The overwhelming feeling is that of spaciousness — not surprising since the ship boasts a space-to-passenger ratio of 76.5, and her high ceilings and wide hallways eliminate any feeling of confinement. A pearl gray baby grand piano and easy chairs occupy part of the area while, along the port side windows, a full bar, decidedly modern with an almost space-age feel, looks out to sea.

As you’d expect aboard a luxury vessel, Europa 2’s accommodations are all suite, all balcony, with the smallest measuring a generous 375 square feet. Beautifully appointed with the neutral color scheme and blond wood that is so prevalent throughout the ship, the suite’s Scandinavian feel was immediately striking, with the plush bed and its strikingly lovely headboard; the walk-in closet with robe and both men’s and women’s slippers; a sturdy “2” carry-on bag that puts most cruise lines’ complimentary totes to shame; and the marble bathroom with trendy oversized bowl sink and separate tub and shower.

Closer inspection revealed delightful extras: dental floss among the bath amenities; a fragrant bath bomb sitting on the ledge of the tub; a corner cabinet that hides a Nespresso machine with a choice of coffees plus cups, stemware, dishware, napkins, corkscrew, and wine sealer; a mini-fridge stocked (and replenished twice daily) with beer, juices, and soft drinks; and, behind a discreet cabinet door, an honest-to-goodness lighted makeup mirror.

What aren’t so obvious at first glance are the high-tech touches within the suite. A lighting system that, once mastered, allows the occupant to truly design the suite’s ambiance (it took me about four days to nail the operation even with the descriptive brochure), a digital telephone that had more buttons and…. 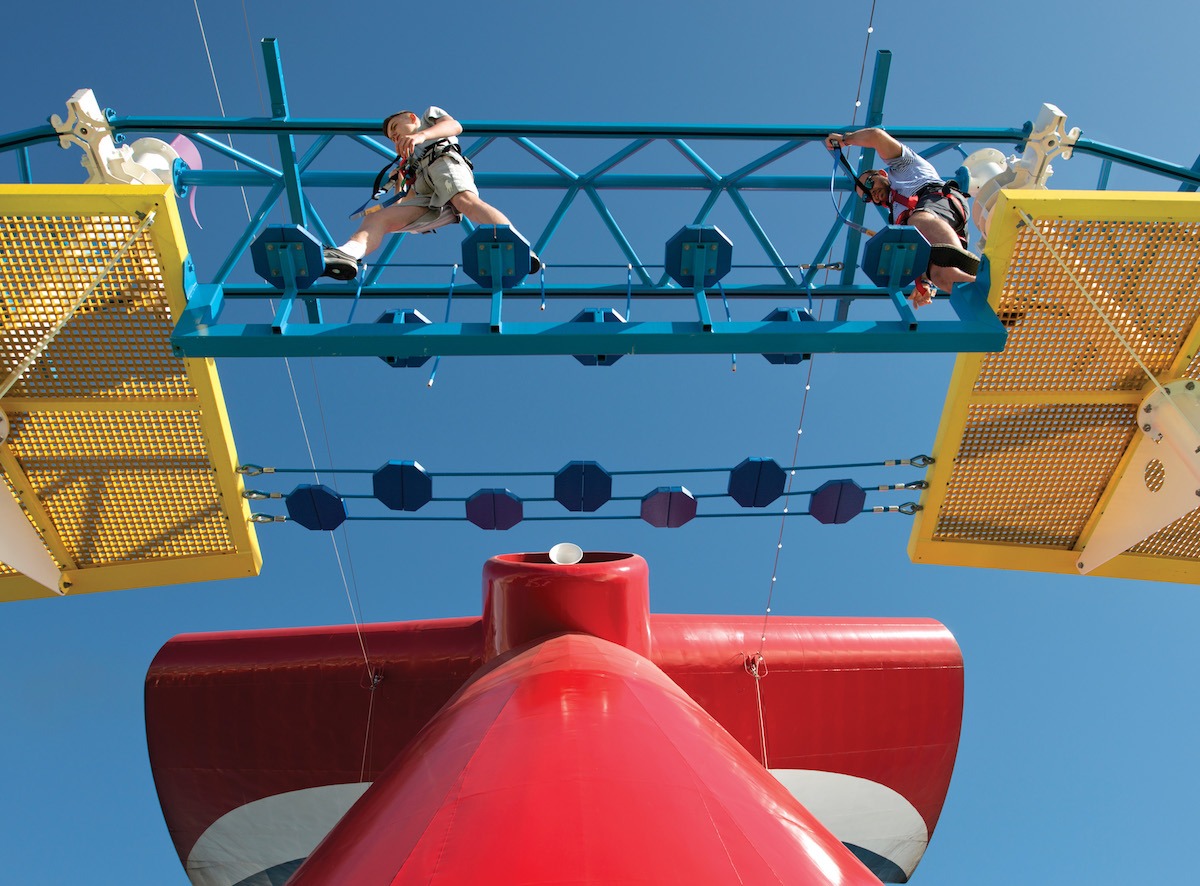 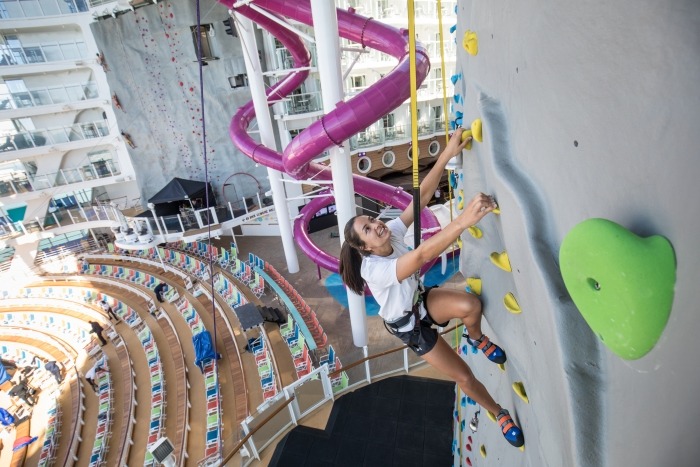 Bigger is better, right? For those booking a cruise on the brand new Symphony of the Seas operated b 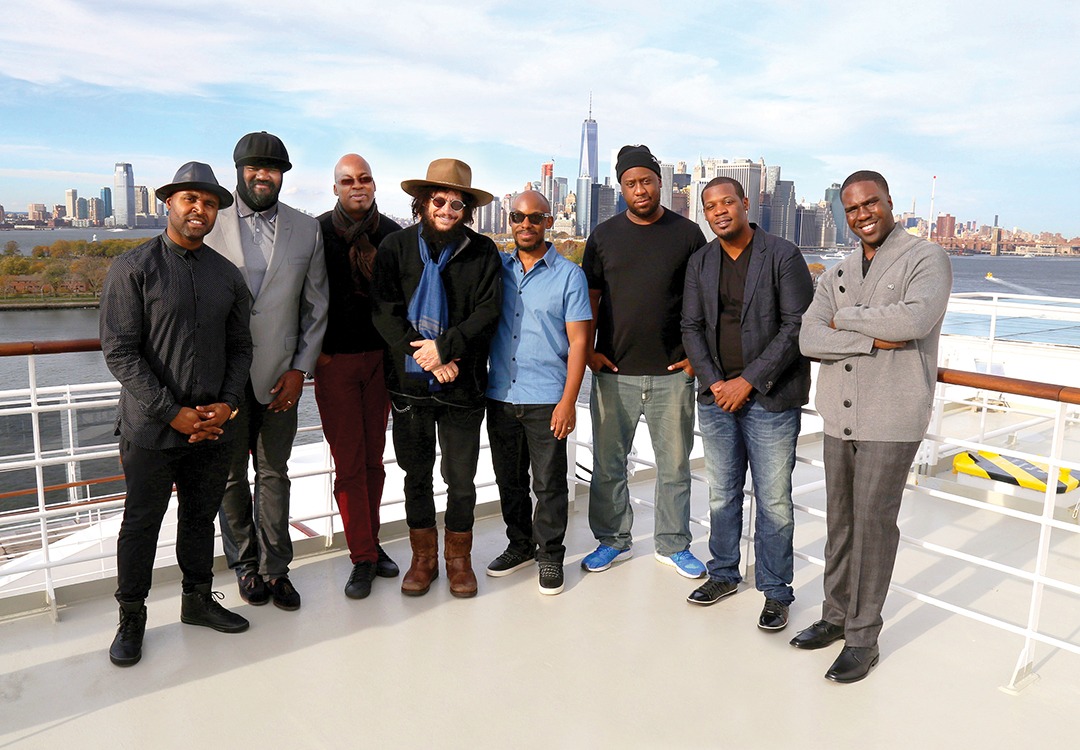