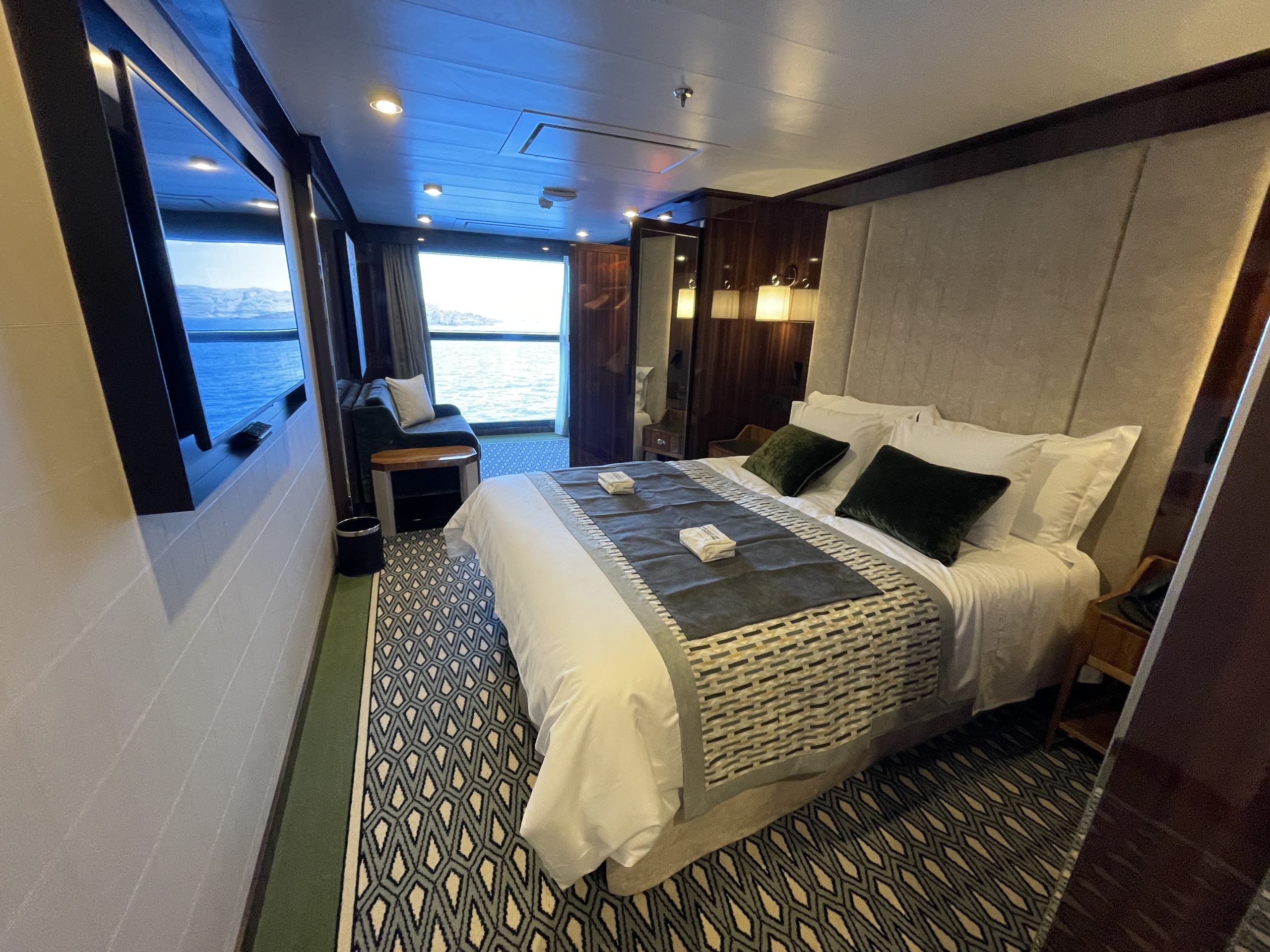 Here at Porthole Cruise and Travel Magazine, we feel very strongly that cruising (and travel in general) should be accessible for everyone of all ability levels. Cruise lines have taken steps in recent years to accomodate guests with limited mobility or those who require a wheelchair or other devices for assistance. Atlas Ocean Voyages is one of those cruise lines looking to provide an unforgettable cruise experience for guests with limited mobility and they were gracious enough to offer Porthole a tour of one of their staterooms designed specifically with the Americans with Disabilities Act (ADA) in mind.

On board Atlas Ocean Voyages World Navigator their are two accessible staterooms; a solo stateroom on deck 3 and the one we were shown – Horizon stateroom #630 on deck 6. Upon first glance, the stateroom appears very similar to the other Horizon-class rooms found along the same deck – the hues of green and dark wood walls with a definite retro, art deco feel. There are some unique features upon closer look, however, that really set the room apart from the rest.

The first is a call button found on the right side of the bed that alerts crew in the event a passenger needs assistance. The button is at the end of a long white cord that easily reaches the bed. When the button is engaged, a red light turns on. We did not use the button, but our guide assured a prompt response time from the Atlas crew. Next to the button is a wall outlet set with a USB cord plug, a power outlet and light switches. 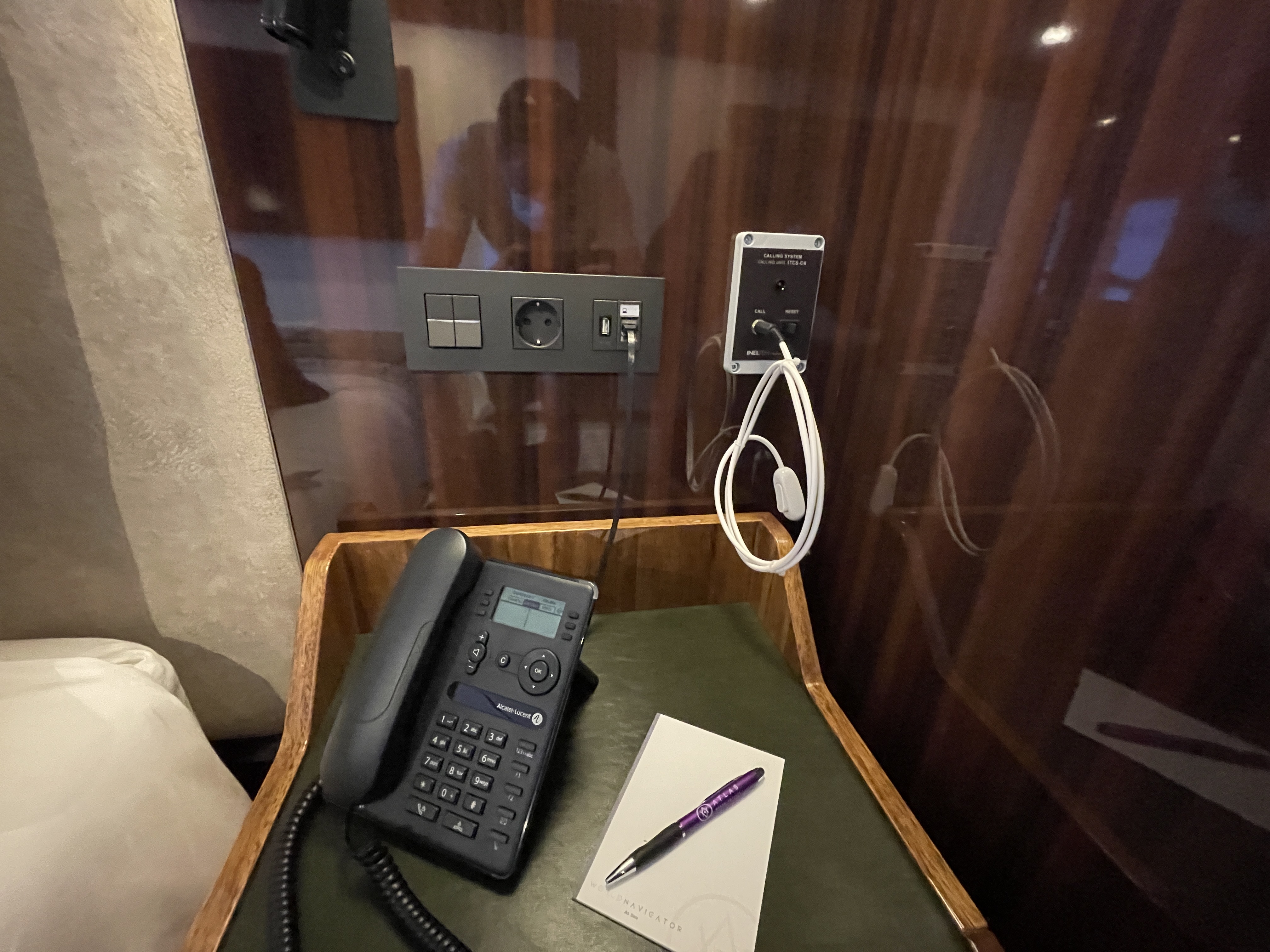 Another feature of the stateroom that makes cruising easier for those with limited mobility is the closet. The only one in the stateroom, the closet is of good size, with both good and puzzling features. The very first thing I noticed was the location of the life jackets at the very top of the closet. In the event of an emergency, those jackets would not be available to someone in a wheelchair, for example. They would most likely need to rely on a travel companion or the call button to get them down. And during an emergency, there’s always a chance that call response time is delayed. 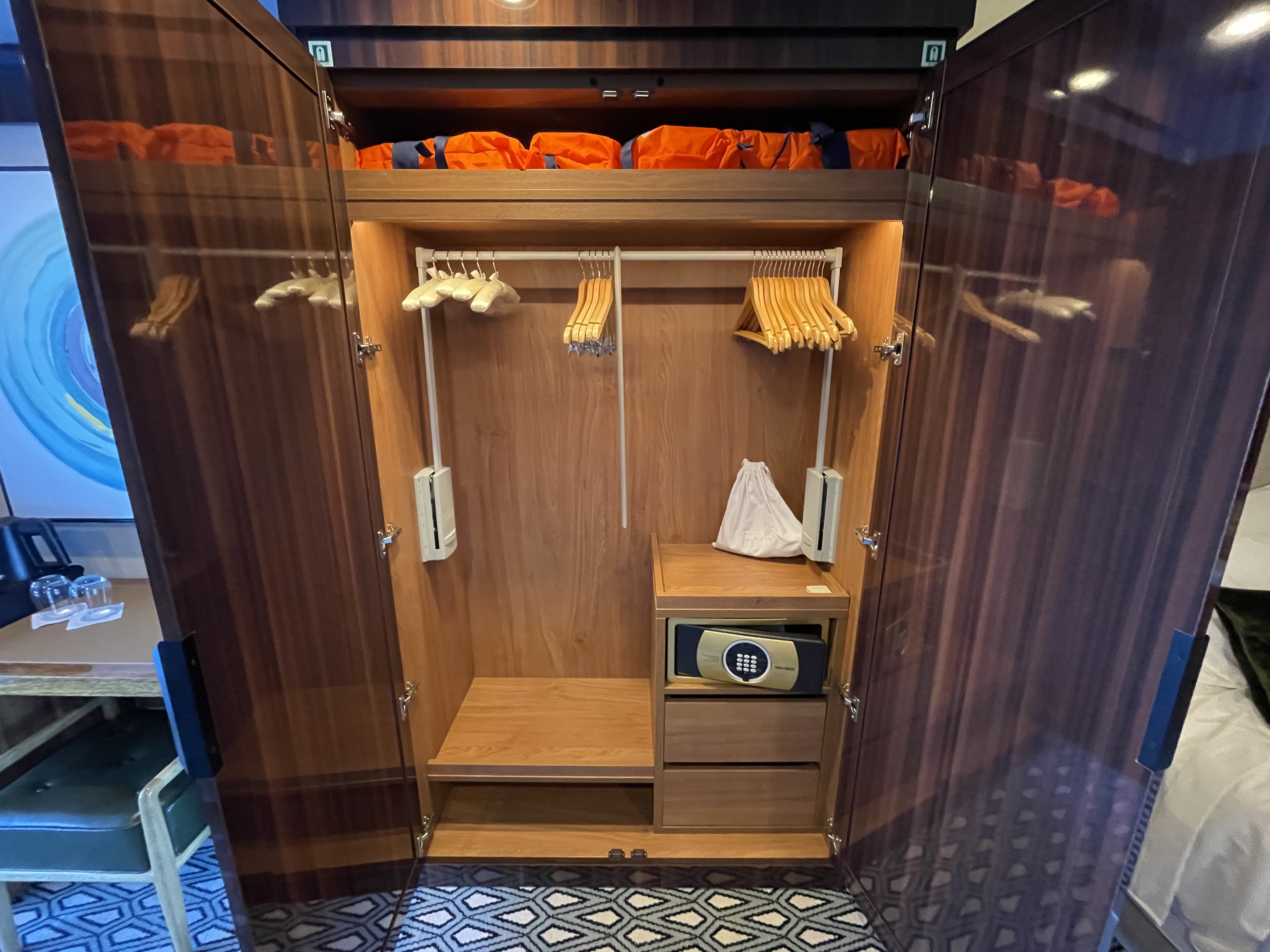 One aspect of the closet I did find helpful was the hanger rack system which featured a pull-down stick which brought the rack down to about waist level for a standing person. Perhaps the cruise line could store the lifejackets on the hanger rack so they are as easily retrieved as shirts, dresses and pants. 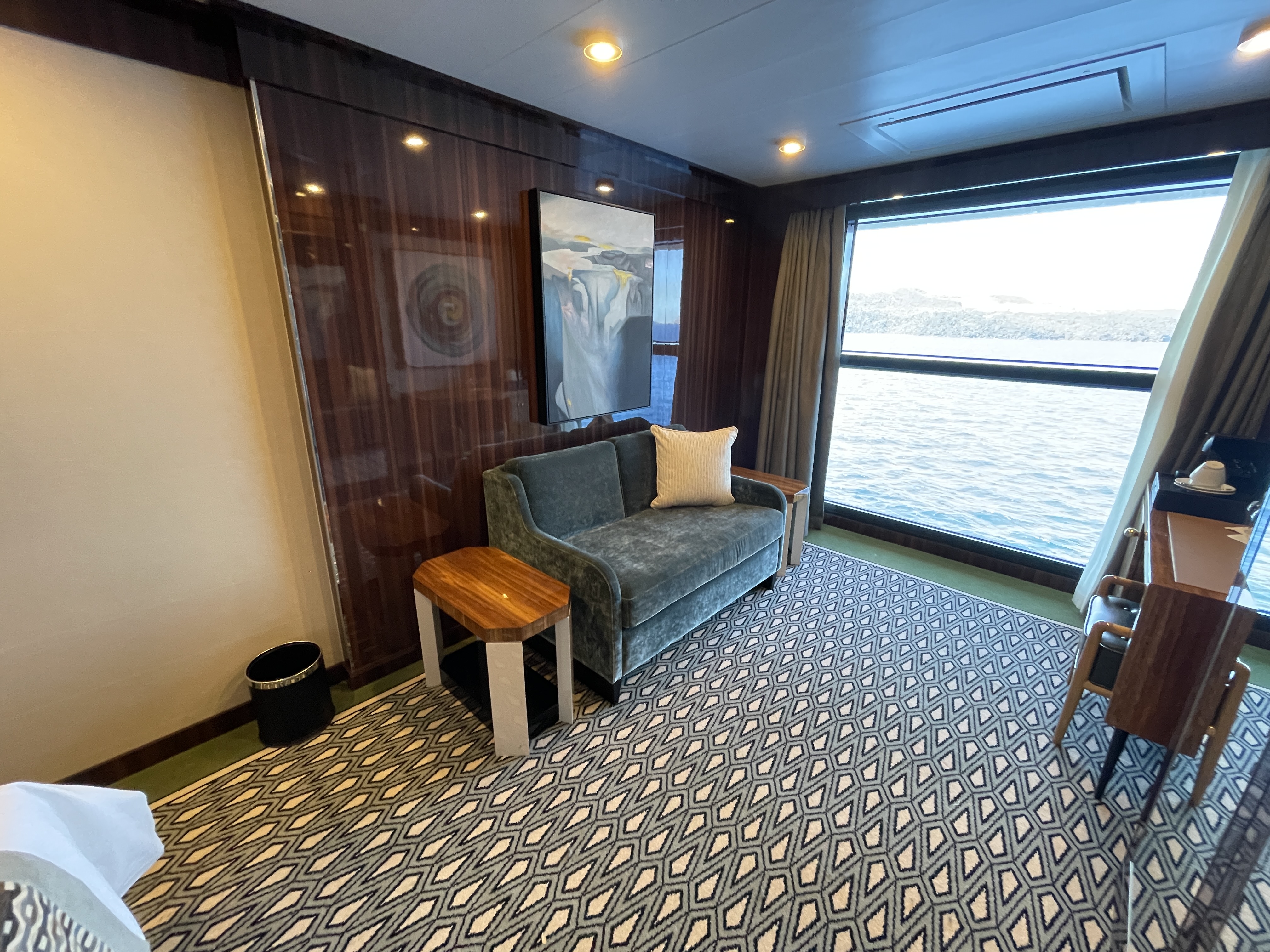 The floor plan for the room was more open-concept to allow for easier mobility throughout the cabin. Other Horizon stateroom feature decorative aspects that while looking nice, would most likely be an inconvenience for someone who relied on a wheelchair or other equipment to move about. The room also featured the same sliding window with the button to move it up and down located on the left side of the bed.

The bathroom was the most unique aspect of the room when compared to other Horizon rooms. The rooms was much bigger than its counterparts and featured convenience items like a shower chair built into the wall, safety bars around the shower and toilet, and a sink that was lower to the ground. All showers on board the ship feature the rainfall shower head and handheld nozzle, but the accessible stateroom bathroom did not feature the same side-wall jets found in other rooms. A curtain was also used to separate the shower area from the rest of the bathroom unlike the glass doors found in other staterooms. 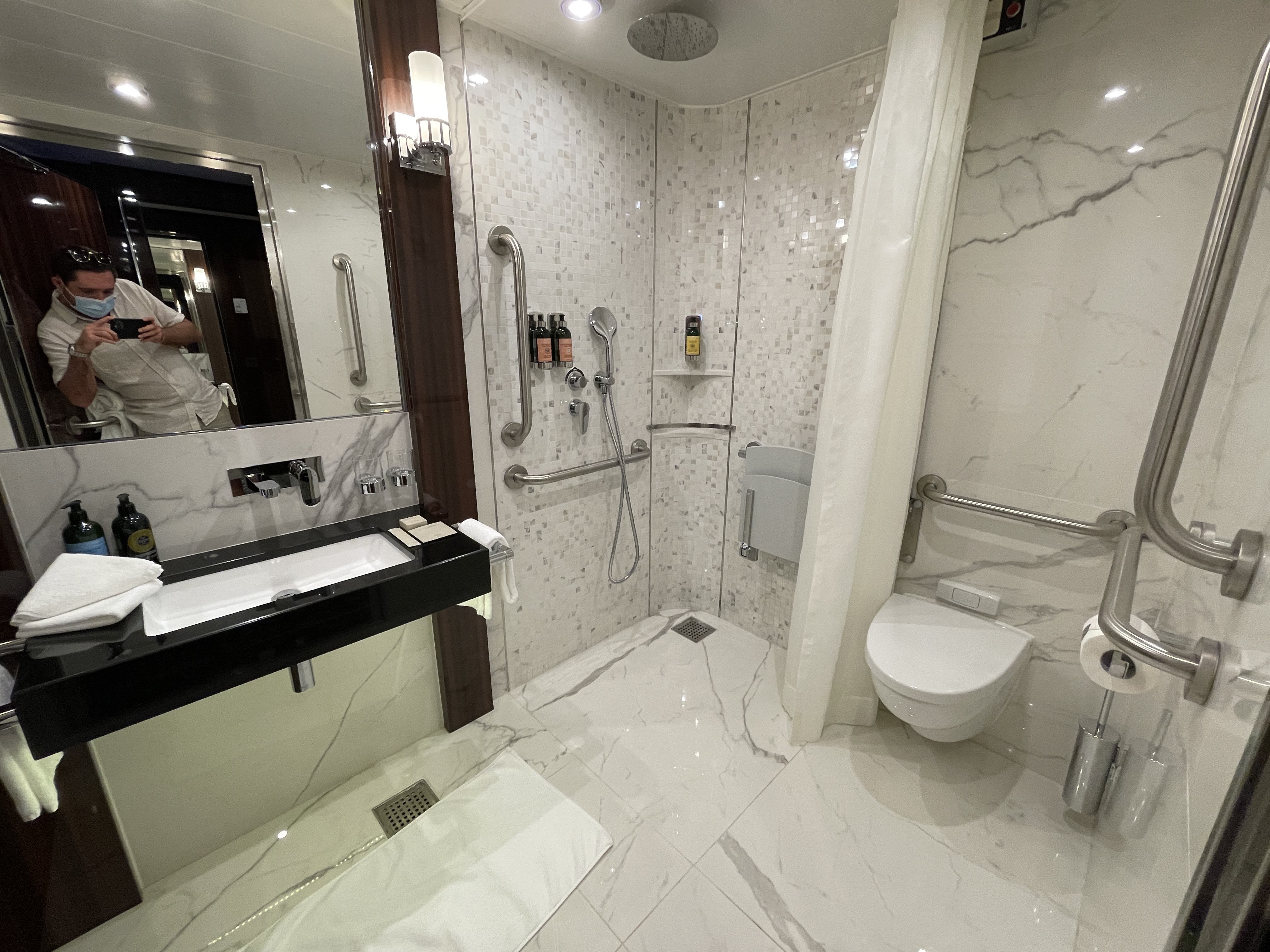 Another note: the room’s location mid-deck near the elevator system also adds to the convenience.

Overall, we were pleased with the way Atlas Ocean Voyages is catering to guests with disabilities, particularly for an adventure or expedition cruise line whom some with mobility issues may believe they would be unable to embark on. We found the room to be spacious, elegant and convenient for those who love to cruise but need a little extra help doing it.

Let us know your experiences with ADA Accommodation cruise cabins in the comments below! 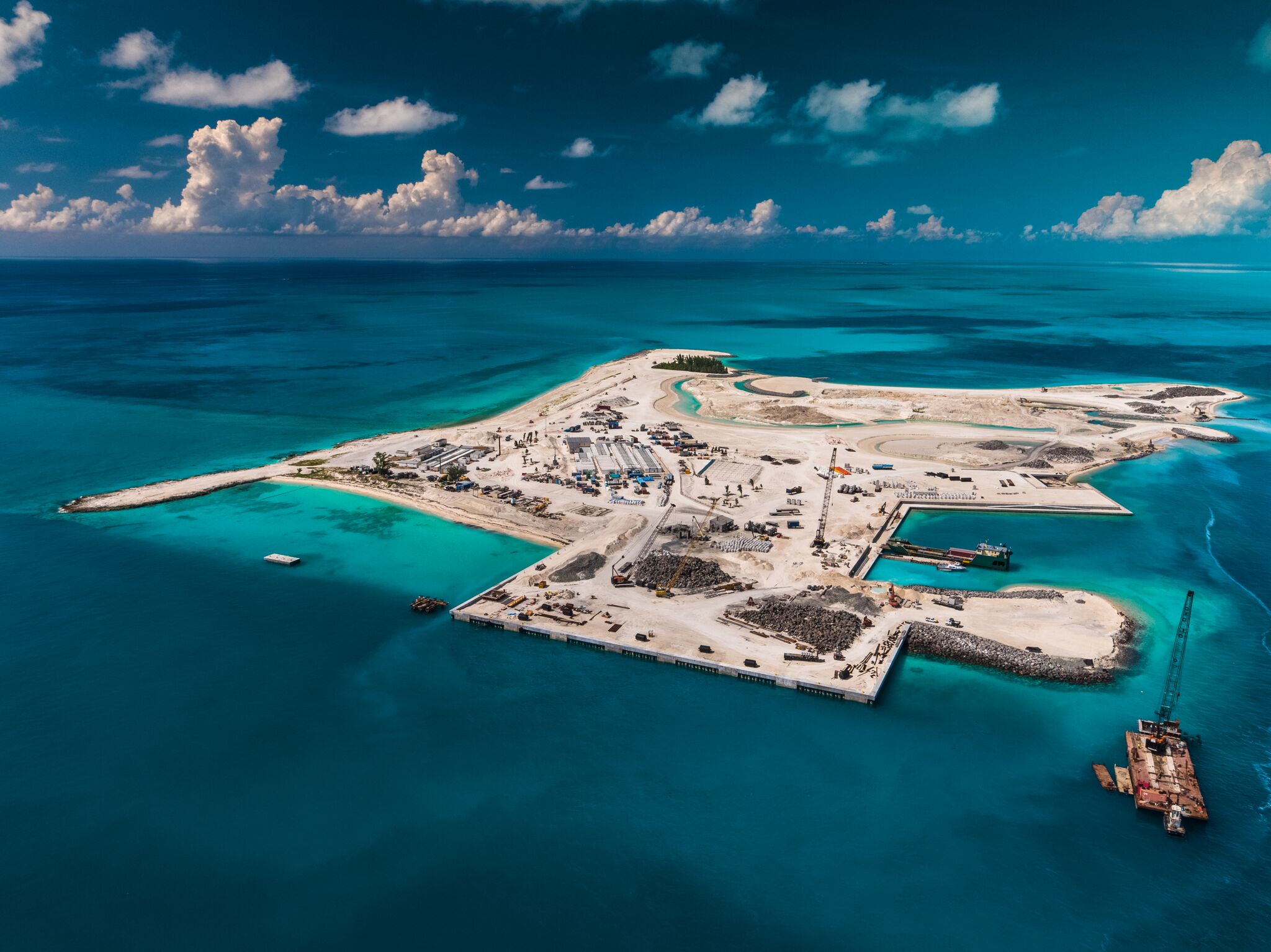 MSC Cruises’ private island is another step closer to completion. The first trees were planted on 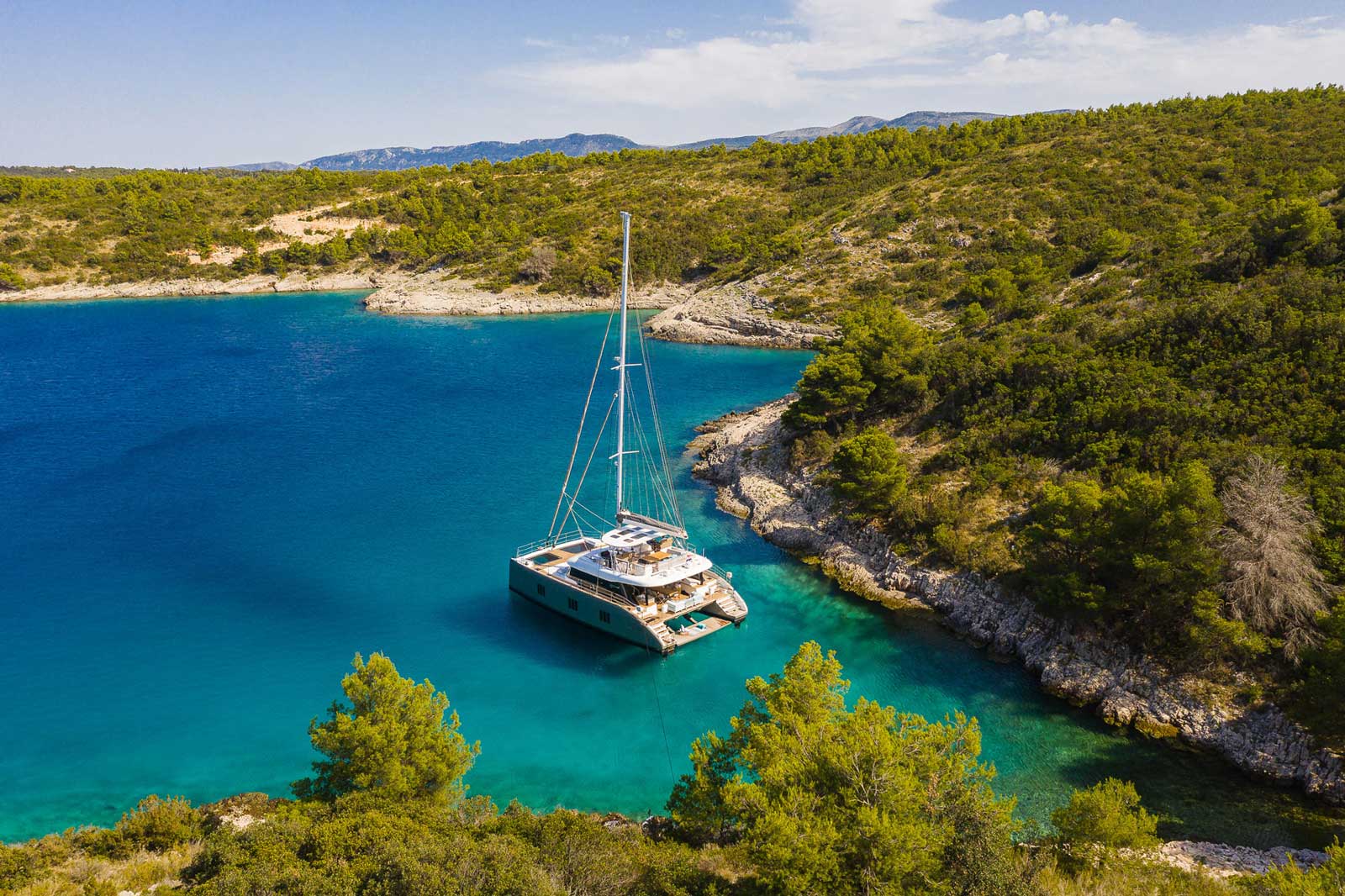 Future Cruising Aboard the Sustainable Catamarans of Sunreef Yachts 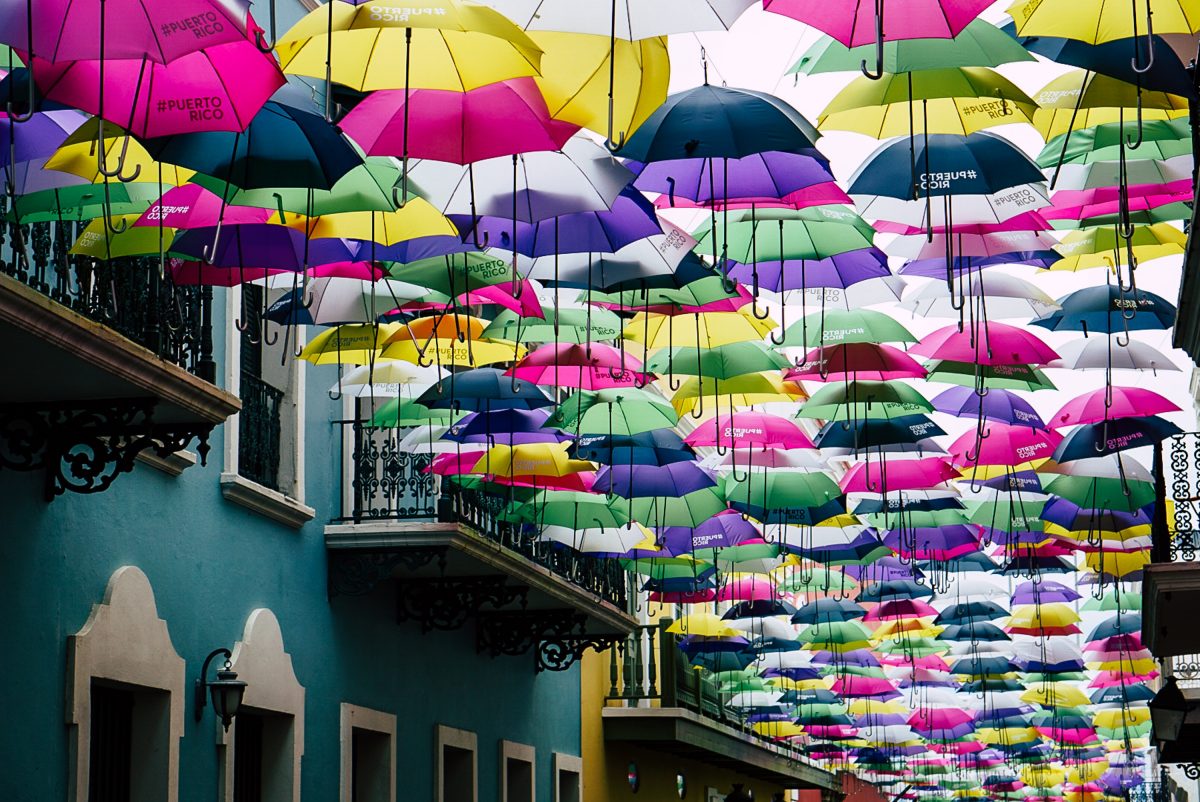 TRAVEL TIPS: Your Own Adventure in San Juan

Let’s face it, taking a cruise is a luxury many Americans have to save up for, especially when, 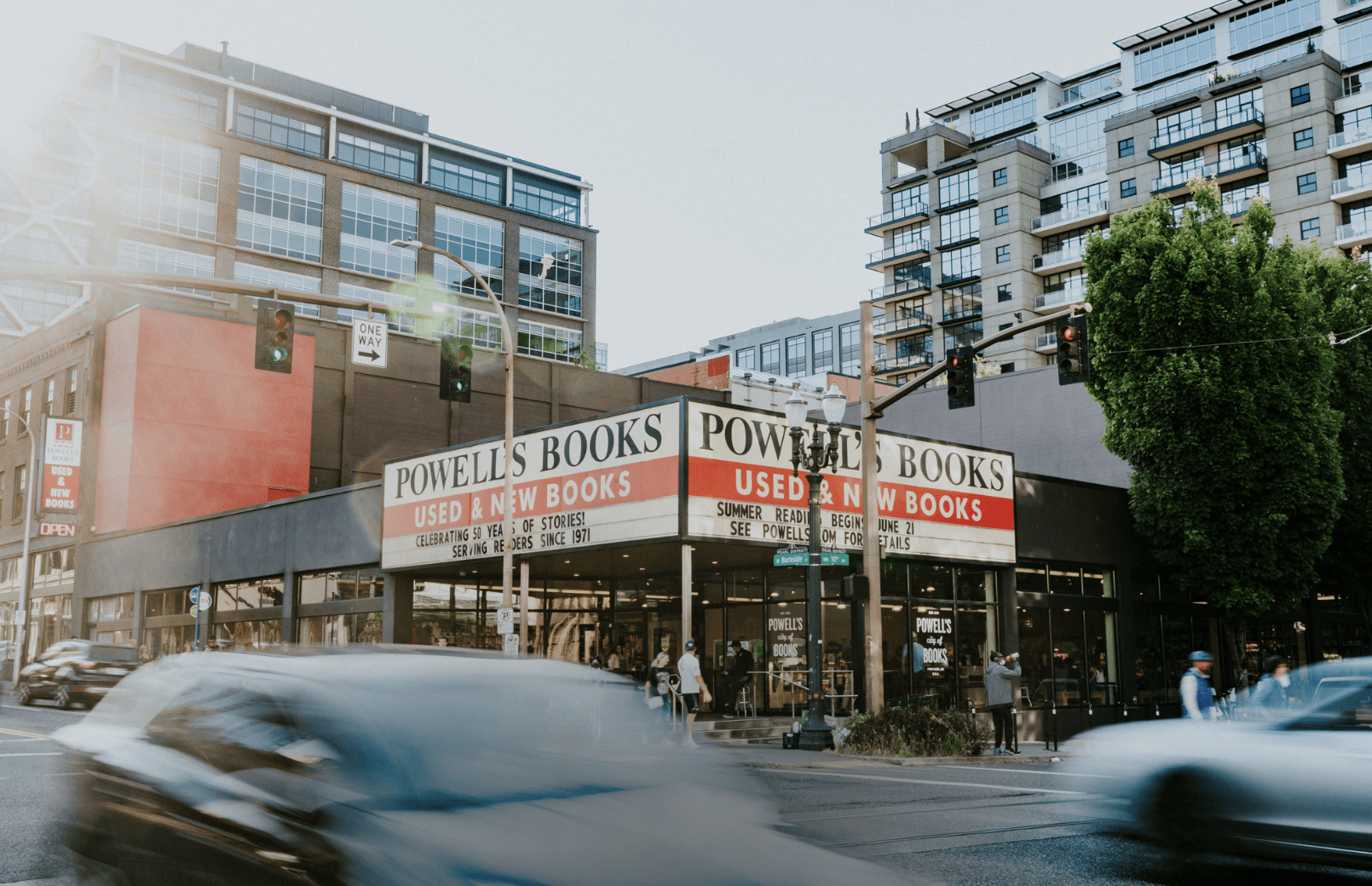