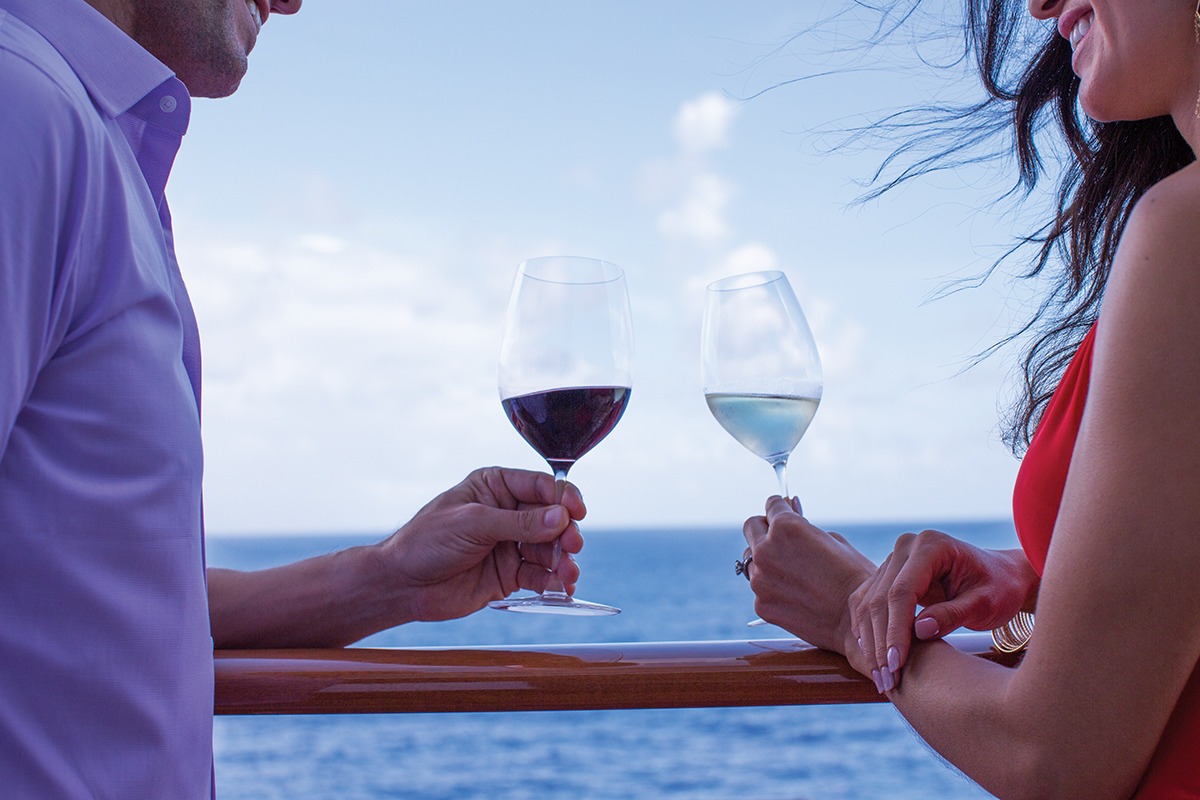 I’ll Drink to That

In the British Isles, you can tour age-old breweries, distilleries, and vineyards while toasting to a tradition that dates back almost 2,000 years.

With more than several thousand vineyards, distilleries, and breweries scattered amongst the British Isles’ green pastures and rugged headlands, visiting cruisers with a thirst to quench are thoroughly spoiled for choice.

With around 61,000 pubs and a brewing tradition dating to 53 A.D., the British Isles has long been synonymous with a wide variety of local ales, lagers, stouts, and bitters as well as umpteen different whiskies and ciders, plus an array of exceptional white, red, rose, and sparkling wines cultivated since the 1970s.

Learn about the wine-making process at an authentic working vineyard under the tutelage of a veteran of viticulture, or try some ciders created from ancient recipes steeped in legend. Inhale the deep and earthy aroma of a working brewery’s mash floor, or honor the Celts for their discovery of whisky, a grain-distilled tipple that they named “usigebaugh” (pronounced wis-ge-baugh) — the “water of life.”

If your cruise ship calls on England, Ireland, or Scotland, and if you have a taste for tradition, check out one of these locales and immerse yourself in time-honored drinking styles.

The picturesque 165-acre New Hall Vineyards near Chelmsford in Essex is renowned as one of England’s oldest wine producers, having been first established by the Greenwood family in 1969. New Hall’s vines are planted close to All Saints Church in Purleigh where George Washington’s great-great grandfather, the Reverend Lawrence Washington, became rector in 1633, until he was removed from office by the Puritans for tippling too much of the local brew!

As producers of 200,000 bottles of fine-quality English wine each year (red, white, and sparkling), New Hall Vineyards process a staggering 25 tons of grapes per day through a modern, state-of-the-art plant. Guided tours offer wine novices and aficionados alike the chance to pick up secrets, tips, and tricks from host Piers Greenwood before a scenic stroll along leafy trails rich in vines.

With its curvaceous landscape composed of the same fertile green sand soil as France’s Champagne region, England’s Sussex countryside lends itself perfectly to growing good grapes. More than 26 acres of vines were planted at boutique winery Nutbourne Vineyards in 1980 and today they span seven different grape varieties: Bacchus, Huxelrebe, Reichensteiner, Schönburger, and Muller Thurgau (all Riesling styles), plus Pinot Noir and Chardonnay for a sparkling blend and rosé. Each one of the 50,000 bottles produced each year carries the prestigious EEC standard of “Quality Wine PSR” — England’s highest grading for wine. Visitors are offered a wonderful opportunity to browse the lovely grounds of Nutbourne Manor with its gardens, bird-scattered lakes, and llama herds … with a glass in hand, of course.

This is an excerpt only. To read this article in its entirety, pick up the current issue of Porthole Cruise Magazine

Viking Odin: Try Me a River Why a river cruise in Europe should be on every traveler’s list. By Jo

Jetting There: Miles and Points