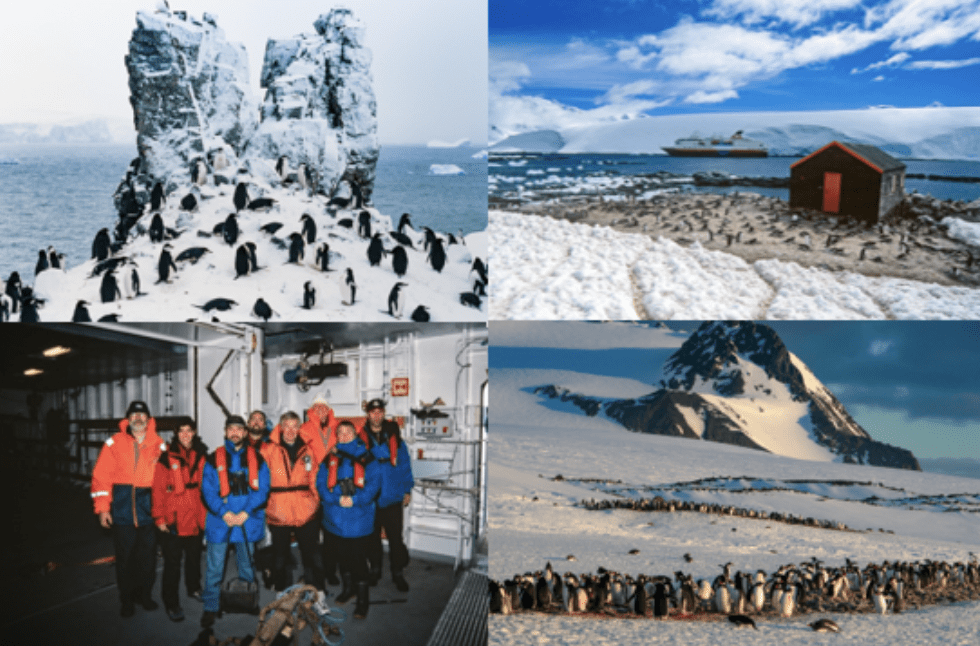 Hurtigruten Expeditions has made their name sailing Antarctic waters for the last 20 years and to honor those sailings, the expedition cruise line shared a series of never-before-seen photos captured from the first Antarctica voyages aboard MS Nordnorge from Ushuaia, Argentina, on November 8, 2002. The behind-the-scenes photos show wild penguins, images aboard the fleet, and crew and guests.
Canadian photographer and explorer Dr. John Chardine captured the 2002 images aboard the Hurtigruten Expeditions. During this sailing, Chardine joined the sailing as an expedition staff member. After years of traveling the world, Chardine still thinks back about the 2002 expedition and the memories he made aboard.
“I remember a few days in the sailing seeing my first wild penguin the water near the South Shetland Islands, it’s a memory that stays with me to this day. Our first landing was on Half Moon Island, where we saw staggering rock formations and a colony of Chinstrap Penguins, who very much had the run of the place, said Dr. John Chardine. “Over the past 20 years, I’ve been fortunate enough to come back to this wild and frozen continent almost every year between 2002and 2018 on Hurtigruten’s expedition voyages.”
RELATED: HURTIGRUTEN EXPEDITIONS SHARES NEW COVID-19 PROTOCOLS

• The fleet sailed South from the Norwegian coast.
• The ship was completed in 1997 by Kværner Kleven in Ulsteinvik, Norway, as a sister ship to MS Polarlys and MS Nordkapp
• Capacity of 597 people
• The ship was refurbished in 2016 and now features a modern, Arctic-inspired interior.
“We’re incredibly proud of our expedition cruising heritage, after looking through these photos for the first time it really makes this milestone moment even more special,” says Asta Lassen, Hurtigruten Expeditions CEO. “As we look to the future it’s clearer than ever that sustainability must be at the heart of everything we do. Our team are already rising to this challenge – from pioneering greener technology to partnering with more Citizen Science research projects and continuing to inspire action across the industry. We know that sustainable travel isn’t something we can do alone, we need everyone in our industry to work together for a greener future.”
Guests and crew aboard Hurtigruten Expeditions have witnessed the impact of climate change first-hand while traveling to Antarctica for the last two decades.
“It’s such a huge privilege to experience Antarctica with my own eyes, and we know that our guests return home as true ambassadors for this extraordinary place,” continues Chardine. “I always see something new or unexpected on these expeditions but there are very noticeable changes, such as the declining Chinstrap Penguin populations, happening to this majestic part of the world as a result of global warming.” 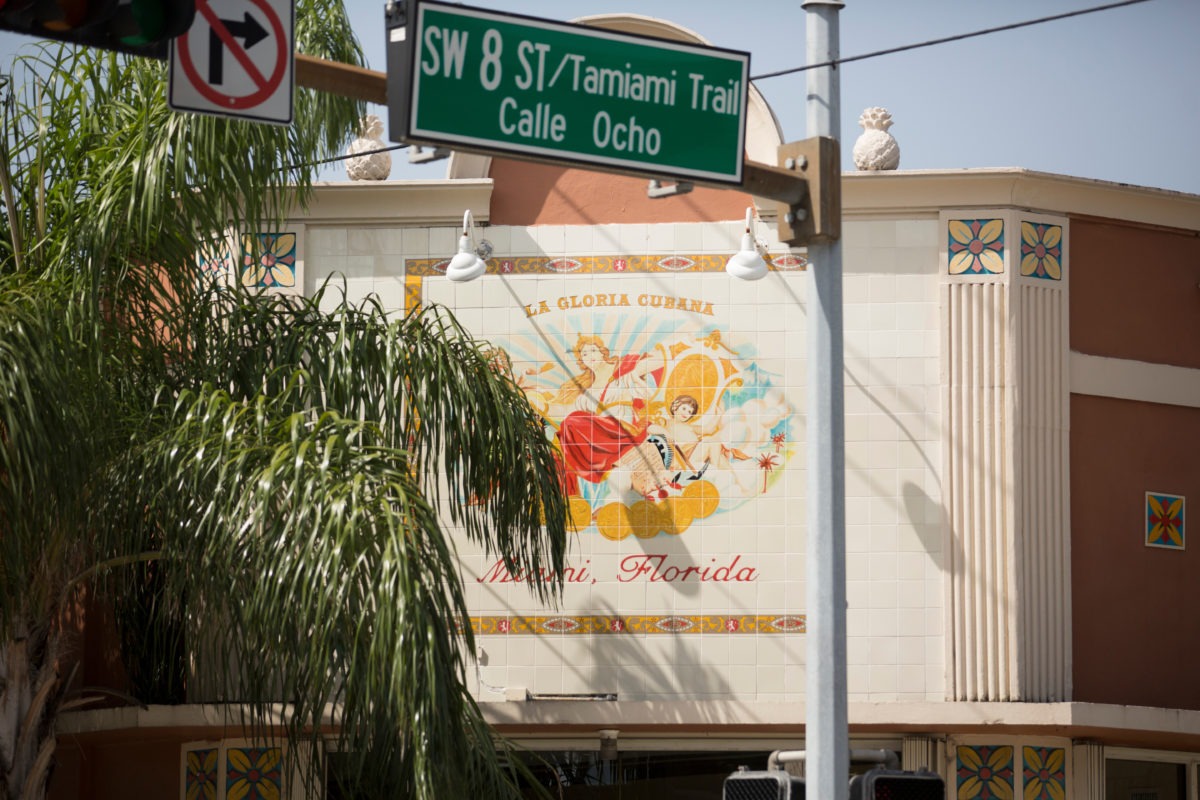 Feel the Mojo: a Guide to Cuban Food 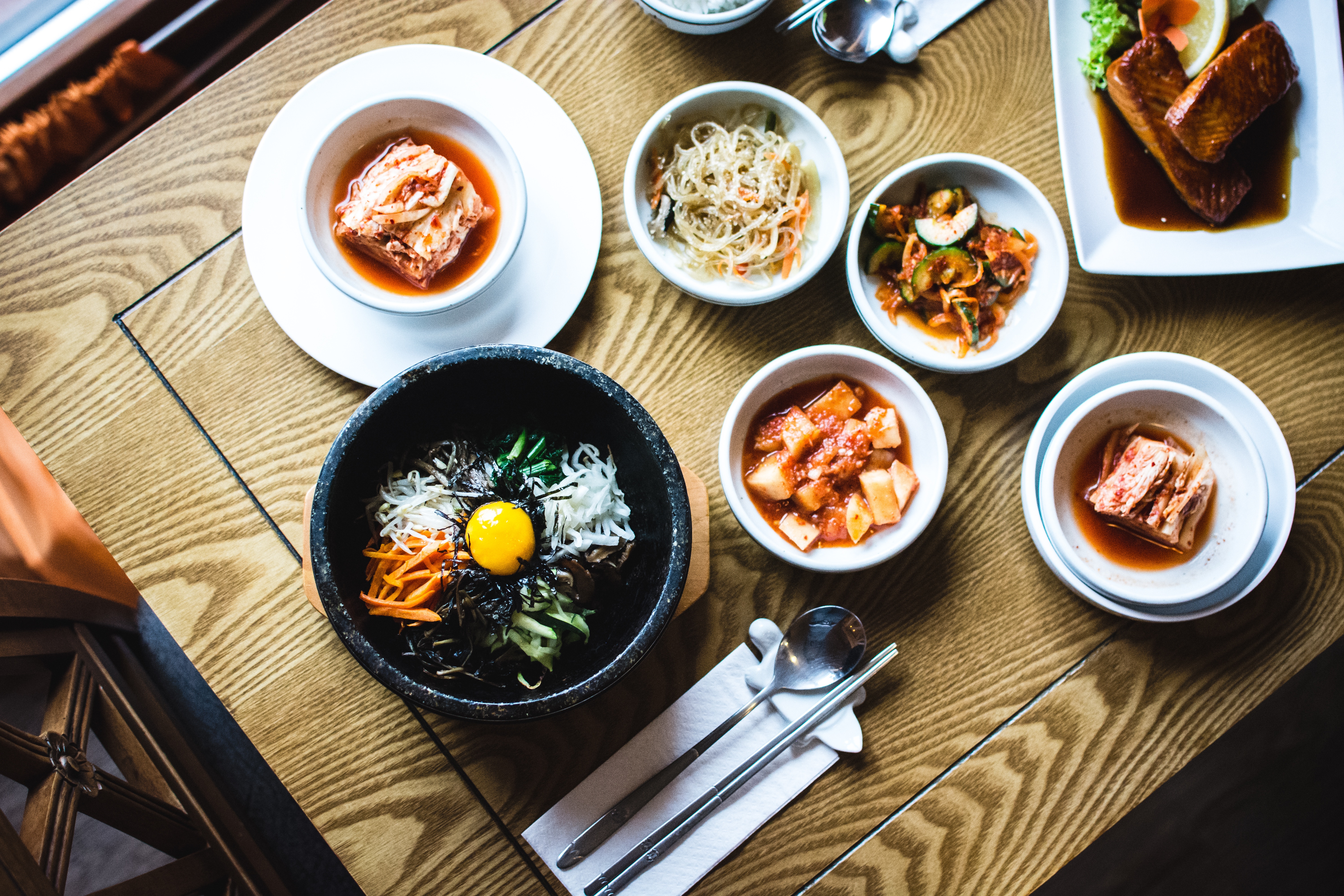