American Queen Voyages’ culinary ambassador, Chef Regina Charboneau, may be known as “The Biscuit Queen” — a title bestowed upon her by The New York Times when they reviewed her feather-light biscuits. But after a taste of her culinary genius during a Columbia and Snake River sailing aboard American Queen Voyages’ American Empress, I’ve learned the label is woefully inadequate. In fact, it’s sort of like recognizing Richard Branson solely for the independent record label he launched in the 1970s and ignoring the corporate empire he built since then.

You might say that Regina Charboneau was born to take the culinary helm of this 10-year-old riverboat line that is a celebration of America and, particularly, the American South. A seventh-generation native of Natchez, Mississippi, Regina grew up with the mighty Mississippi, the river that American Queen Voyages plies with its opulent American Queen, in her backyard. Speak with Chef Regina today and this accomplished chef, restaurateur, author, and cooking instructor downplays an extraordinary career that includes culinary school in Paris and ownership of successful establishments in cities like San Francisco and New York in favor of celebrating the history, culture, and cuisine along the Mississippi.

But as culinary ambassador aboard the fast-expanding American Queen Voyages’ fleet of four steamboats and paddlewheelers, Chef Regina goes way beyond the Mississippi. She brings creative culinary experiences to itineraries that now include the Ohio and Columbia Rivers, the Great Lakes, and Alaska, injecting each with her signature Southern charm.

Aboard American Empress, for instance, Chef Regina whips up a cocktail that transforms the Mississippi River’s popular Sazerac into a uniquely local Columbia River libation, using ingredients she’s acquired during our voyage:  Quartz Mountain Bourbon picked up at our embarkation city of Vancouver, Washington, a bottle of The Bitter Housewife orange bitters from Pat’s Teas & Spices in Astoria, Oregon, and absinthe found at the Pilot House Distillery also in Astoria, Oregon. The resulting cocktail is delicious … and as powerful as Multnomah Falls!

Later, her stint as a construction-camp cook in the Alaska bush serves Chef Regina well as we sail the Columbia River, an area renowned for its salmon. Here we see, step-by-step, how to create her delicious Salmon in Pepper Marinade with Penne in Smoked Tomato Sauce, just one of the many salmon dishes she developed while working in the remote camp early in her career. We get a taste of the many varieties of salmon unique to the Pacific Northwest — coho, red, blue, king, and the brown-sugar-sweetened candy salmon — and learn, too, about ivory salmon. This variety, Regina explains, is particularly rare, coming as it does from the tiny percentage of fish possessing a recessive gene that prevents the absorption of the pink carotenoids found in the typical salmon diet of shrimp, krill, and crab. Learning has never been so delicious!

“Culinary ambassador” is, indeed, the perfect title for Regina Charboneau’s role with American Queen Voyages. Warm and personable, Regina not only provides remarkable dishes and cooking demonstrations on board, but often invites guests to join her for a drink or a meal during the sailing. Unlike so many onboard culinary experts for whom prepared lectures form the basis of their interaction with guests, sailing with Regina is like sailing with a friend — a very knowledgeable friend — with easy conversation triggered not by a script, but by what we’re seeing, tasting, or sipping.

Nowhere is this more evident than during the frequent foodie-focused walking tours Chef Regina conducts ashore. In keeping with her down-to-earth nature, guests may expect to…. 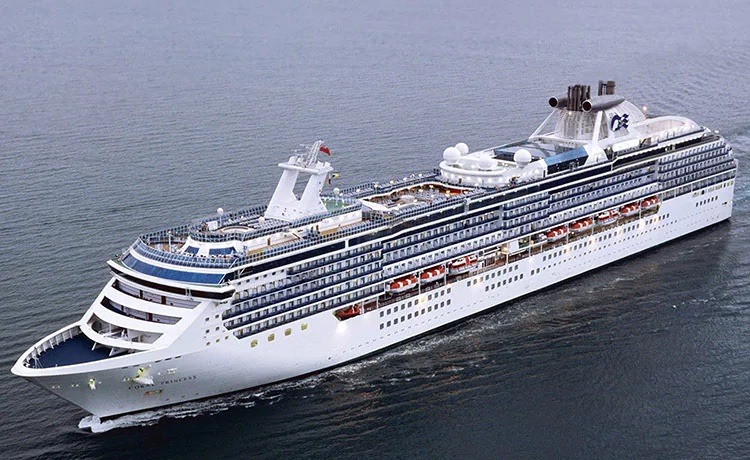 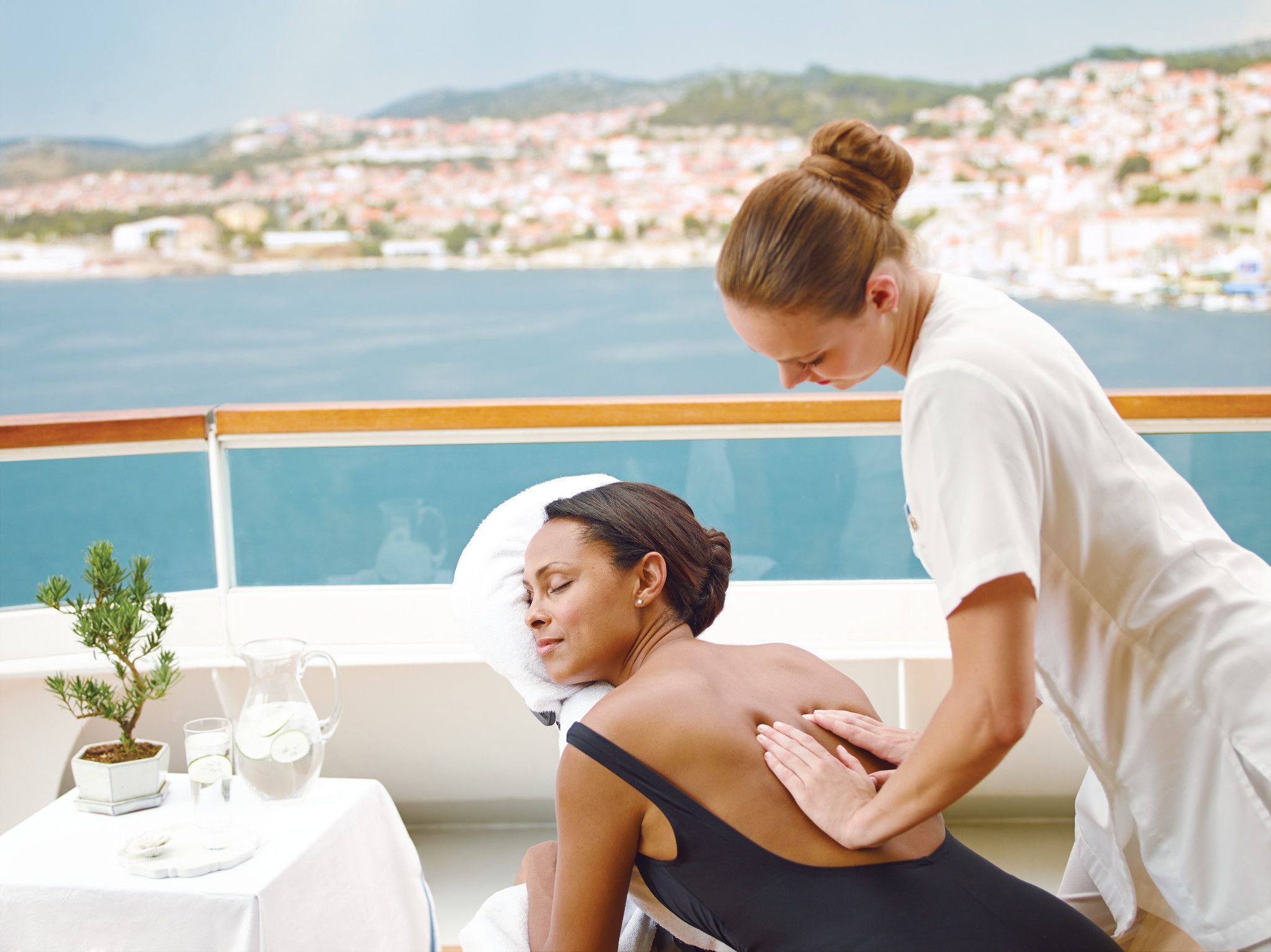 May 6, 2020 By Evan Gove
FeaturedMagazine Excerpts 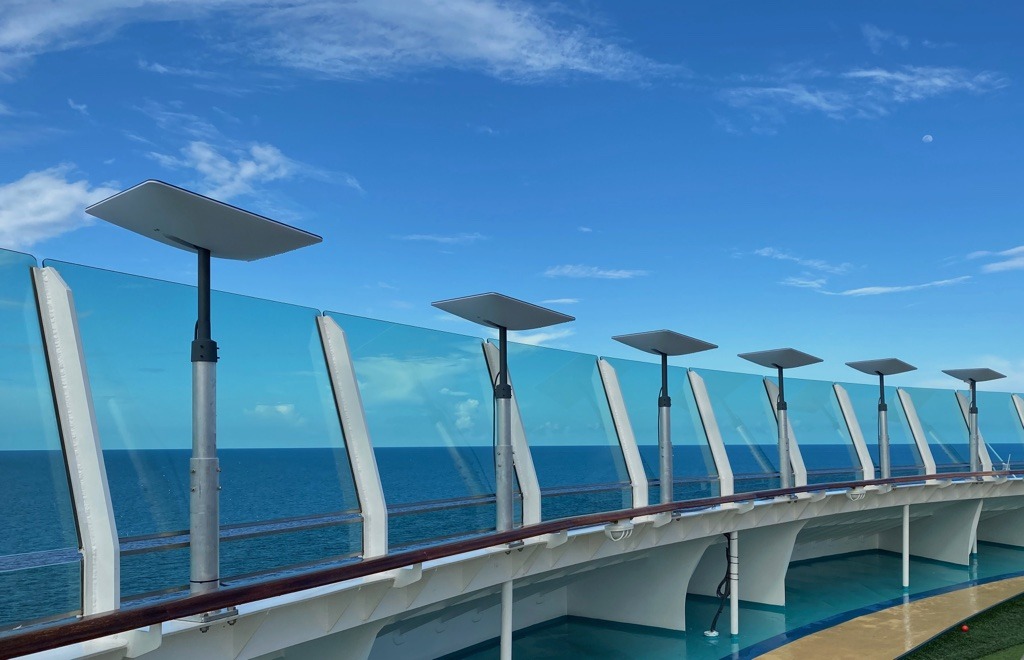 Royal Caribbean Partners with Starlink for High-Speed Internet on Cruises

Royal Caribbean Group is taking big steps forward when it comes to connectivity at sea. The cruise c