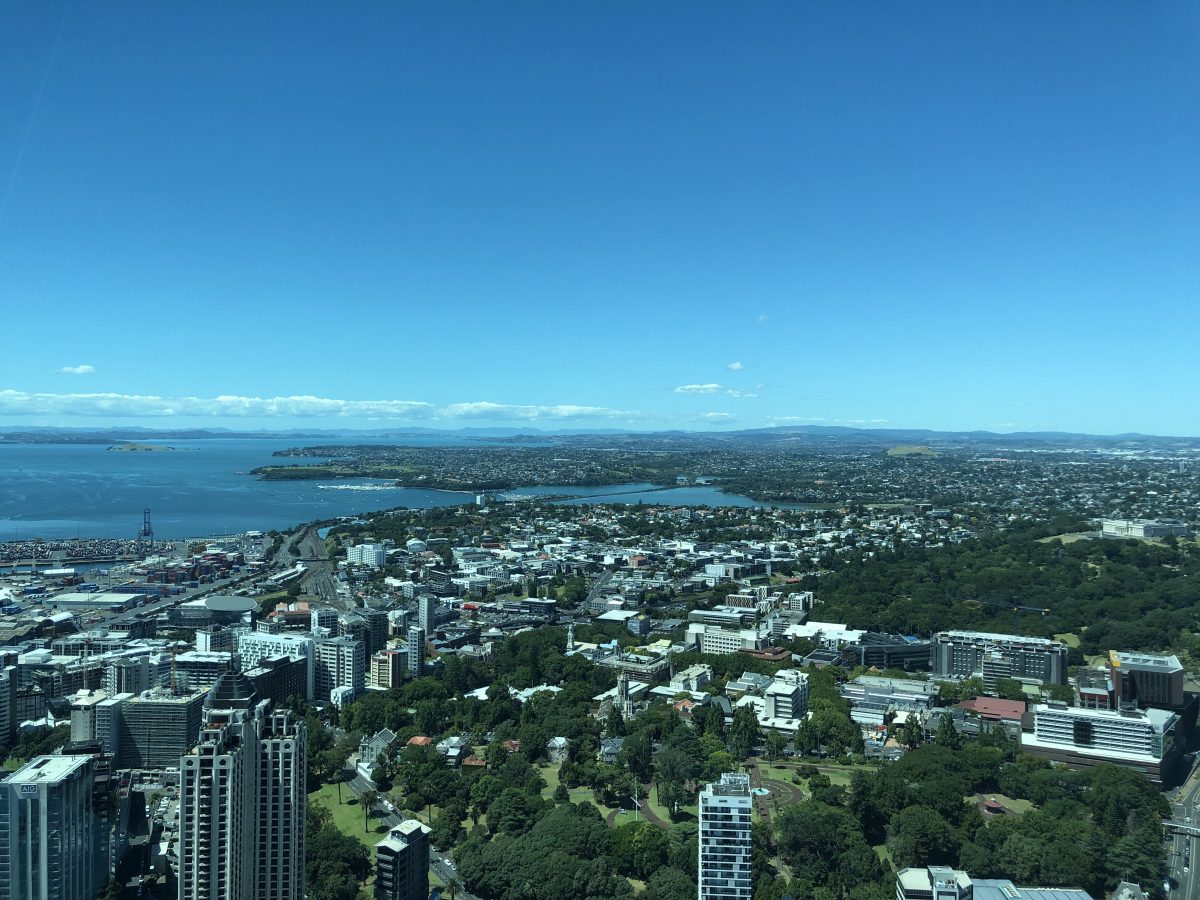 Also called “the City of Sails,” a sprawling metropolis between two harbors (Waitemata and Manukau Harbors), Auckland is located in New Zealand’s North Island. It is a friendly, cosmopolitan city of 1.45 million inhabitants – it has attracted a large concentration of Polynesians from South Pacific islands as well as Asians. New Zealand’s largest city and a popular stop as well as an embarkation/debarkation point on Down Under itineraries, Auckland has much to offer cruise passengers. A good way to get oriented and get around to the city’s attractions is via one of two convenient hop-on/hop-off buses: Soaring Kiwi Tours or the Auckland Explorer. Here are five attraction “musts” in Auckland which my husband Humberto and I have enjoyed during several visits to the city (the most recent one during the 2019 World Cruise of Holland America’s Amsterdam): 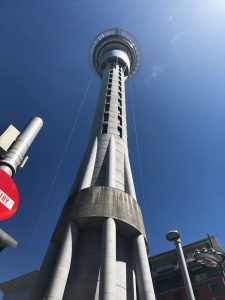 The 1,076-ft. tall Auckland SkyTower, in the heart of the city, is the highest man-made structure in the Southern Hemisphere. It serves as a telecommunications tower and houses a hotel, casino, restaurants (including a revolving one), glass-fronted elevators, and observation platforms for panoramic views – you can see as far as nearly 50 miles from the top of the tower. On SkyDeck (60th level), parts of the floor are clear and you can see all the way down to the ground 610 feet below (yikes!). Visitors can take in the views of Auckland and the Hauraki Gulf from the observation platforms or opt for a walk around the outside of the tower on a platform 130 feet above the ground. Oh, and there’s more: the intrepid can bungee-jump from it! 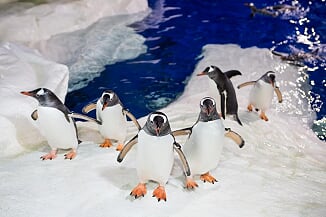 New Zealand’s only turtle rescue center, this aquarium located outside Auckland’s Central Business District is home to thousands of marine animals including fascinating creatures such as King Crabs and jellyfish from the Southern Ocean. Its biggest draw is that it has the largest penguin colony in New Zealand (very apropos for visitors as New Zealand is the closest country to Antarctica). The colony is made up of adorable King and Gentoo penguins that visitors can see cavorting in their icy domain. Another attraction is a re-creation of Capt. Robert Scott’s 1911 Antarctic hut on the shores of McMurdo Sound. The aquarium’s free shuttle operates daily (hourly on the half hour between 9:30 a.m. and 4:20 p.m. with the last pick up downtown at 152 Quay Street being at 3:30 p.m.).

A “must” for any traveler wishing to learn about New Zealand history and culture, this museum overlooks the Waitemata Harbor and is housed in a stately heritage building. It boasts Maori treasures and daily Maori cultural performances, natural history exhibits and changing local and international exhibitions.

Home to 1,400 animals of 135 species, the Auckland Zoo is a great place to get acquainted with New Zealand snakes and birds including the korora (little penguin), kereru (New Zealand pigeon) and the one everyone wants to see: the flightless brown kiwi, shy but feisty and territorial, that gave its name to the fruit (kiwi is also the nickname for non-Maori New Zealanders). The 42-acre zoo participates in the kiwi recovery program Operation Nest Egg which takes kiwi eggs from the wild, hatches them in the zoo and puts the birds in predator-free islands until they are grown and then they release them into the wild. The zoo is on Motions Road, west of downtown Auckland next to the Western Springs Reserve and Museum of Transport and Technology.

With a collection of more than 15,000 works, this gallery, located in the city center on Kitchener Street, is the largest art institution in Auckland. Its holdings include historic, modern and contemporary works by New Zealand artists, works by Maori and Pacific Island artists, as well as European collections from the 14th century to the present day. 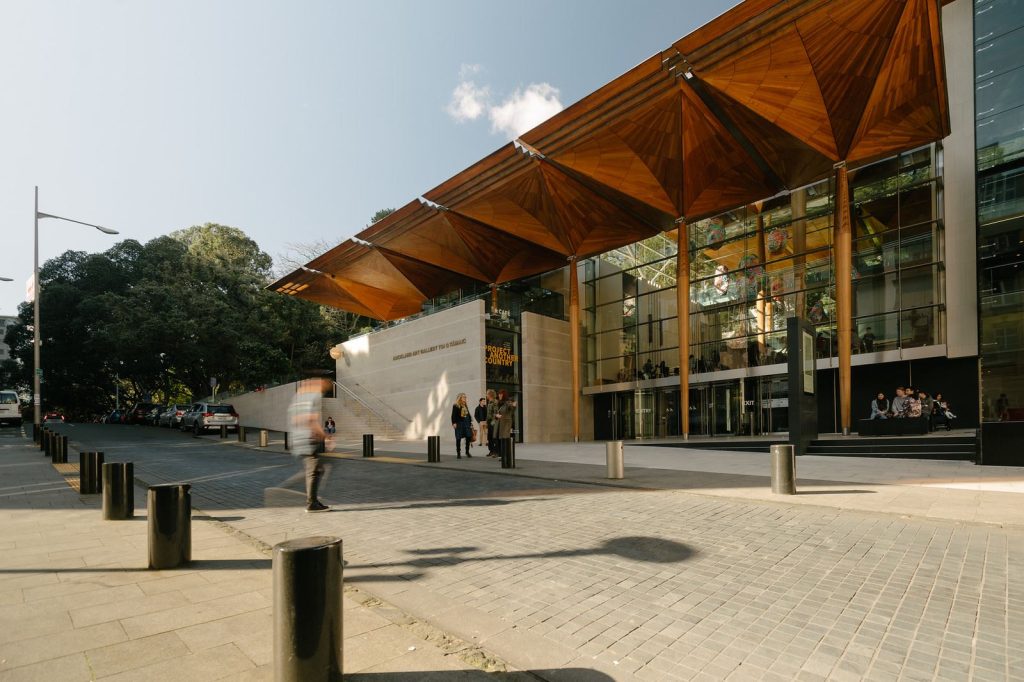 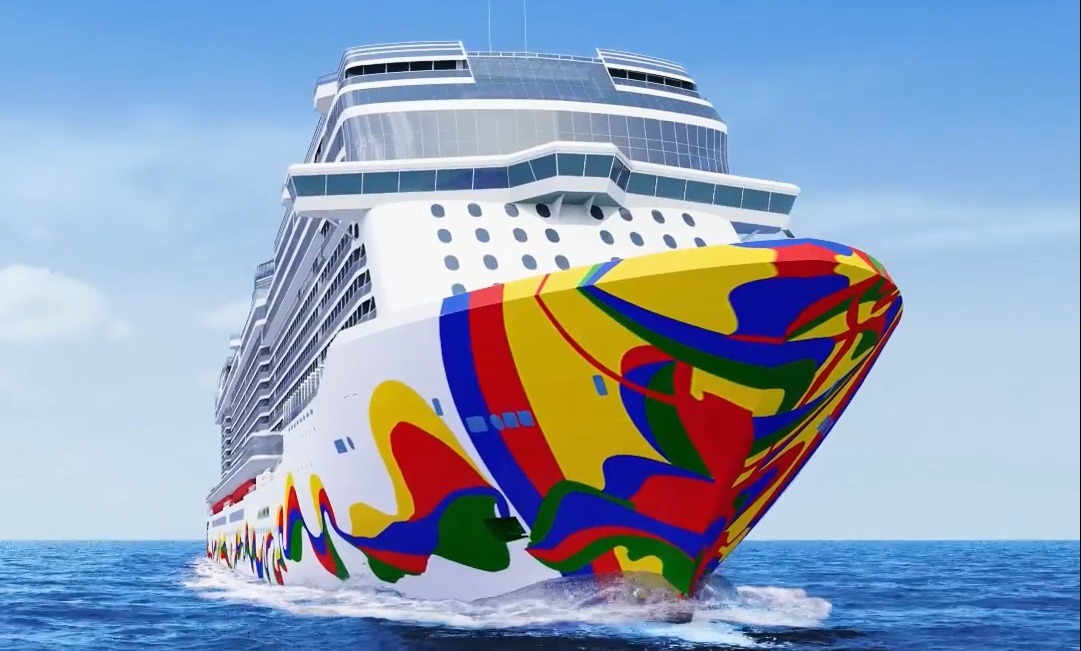 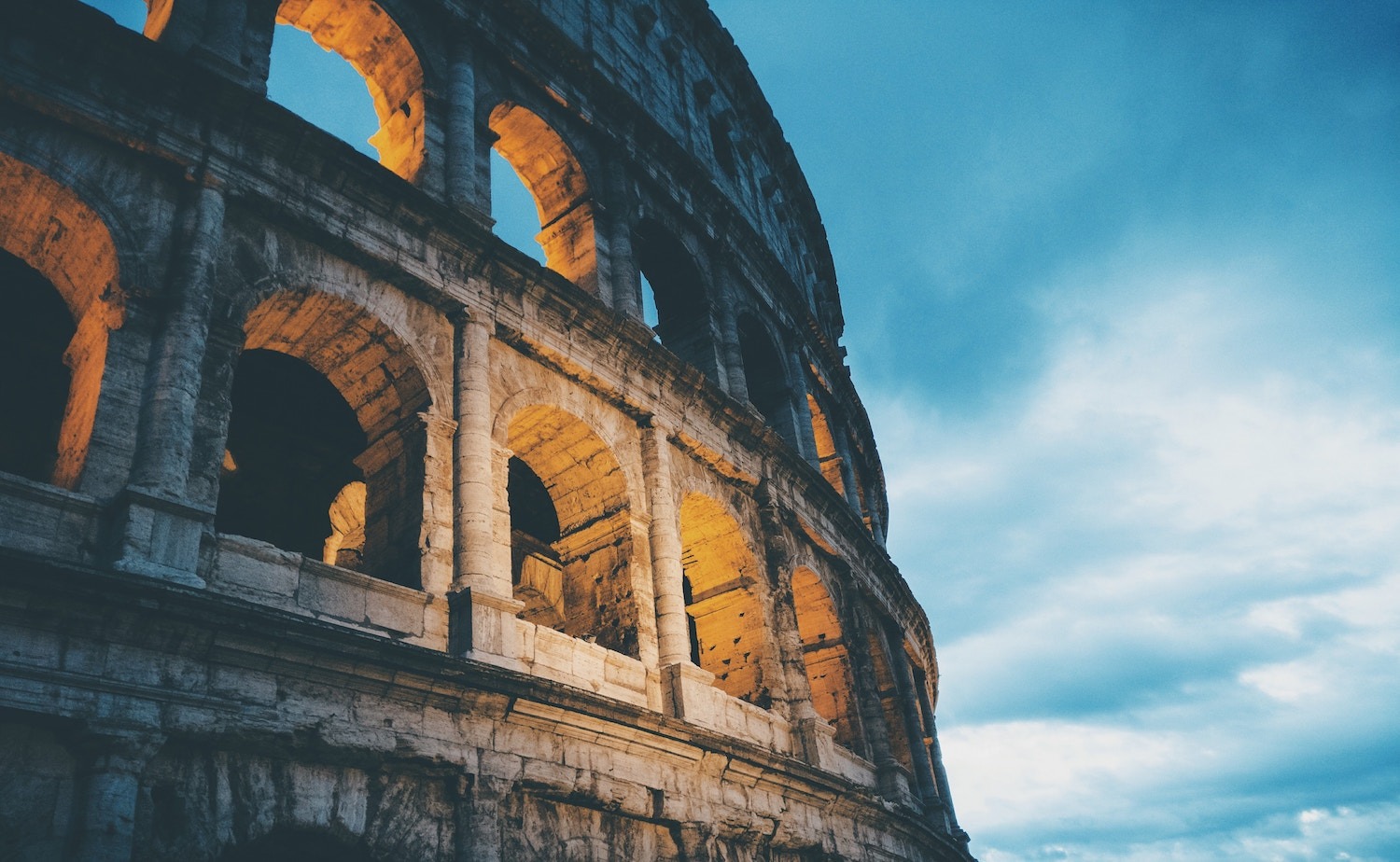 For most cruise passengers sailing in the Med, a call at Civitavecchia, Italy, the port of the Etern