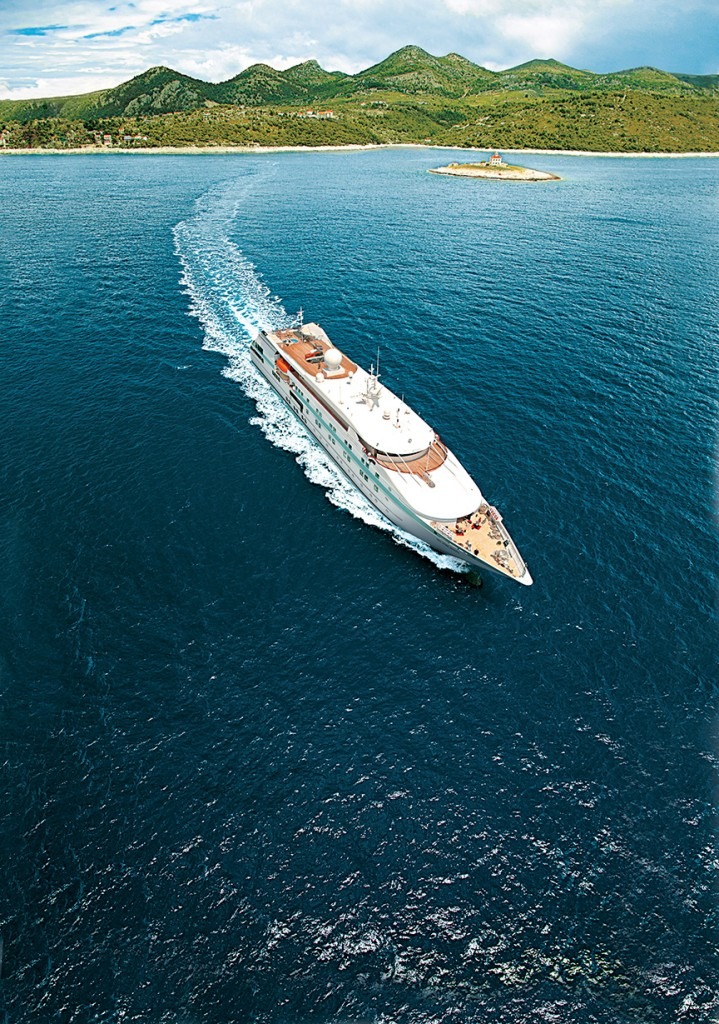 With its incredible upgrades and more intimate itineraries, this newest Paul Gauguin star is sure to make a splash … albeit with less wake.

I’ve always been intrigued by Paul Gauguin Cruises, a small, wildly successful single-ship luxury line that pretty much invented the modern idea of cruising the paradise of French Polynesia. As both a cruise fan and writer, I’ve often been tempted to sail Paul Gauguin, the line’s namesake ship, though that temptation would come to a screeching halt as soon as I’d see that the shortest journey I could hope for hovered around the 17-hour mark. That’s a heckuva long way to go to the beach.

Last year I learned that Paul Gauguin Cruises was coming closer to my neck of the woods in the form of Tere Moana, a tiny 90-passenger, 3,504-ton vessel that would winter in the Caribbean and Central America and summer in the Mediterranean. Acquired from the French cruise line Compagnie du Ponant. where it sailed as Le Levant since its 1998 launch, the ship underwent an extensive renovation before its debut as Tere Moana in December 2012. Furnishings, upholstery, art, lighting, wall and floor coverings, carpeting, window treatments, and more were spruced up and balconies added to eight of the ship’s 45 ocean-view staterooms. Like its significantly larger sister, Paul Gauguin, Tere Moana would be an all-inclusive experience with all beverages (including wine, beer, spirits, bottled water, specialty coffees, and soft drinks) and gratuities included in the fare.

The sun glistens off the sea as we stroll the few blocks from the Civitavecchia train station to the port entrance, passing charming cafes, street performers, and vendors en route. In the distance, we see vessels of Carnival, Princess, Azamara, and P&O, and nearly hidden in their shadows, we spot the diminutive Tere Moana, its size and aqua blue stripe giving it a distinctive look among the behemoths.

In an age of multi-deck neon-lit cruise ship atriums, Tere Moana’s cozy reception area is less an adrenaline rush than a warm embrace. Down the hall from reception, we find our stateroom, a living space that is one of the best designed I’ve seen at sea. Gone is that useless little entrance hallway that on so many ships separates bathroom and closet and creates a door-clashing bottleneck as one occupant emerges from the bathroom while the other is rummaging through the closet.

At a minimum of 194 square feet and a maximum of 298 square feet for the newly added balcony cabins, staterooms seem larger than the usual and certainly more luxurious. A basket-weave leather headboard reaches to the ceiling behind a king-size bed adorned with luxury linens. Closet and storage space seems to be everywhere, built into the nooks and corners that on many ships are wasted. A mounted flat-screen TV with complimentary in-room movie channels overlooks the sleeping area and a docking station sits on a dresser top, mocking me for forgetting my iPod at home. A refrigerator is stocked with beer, bottled water, and soft drinks (replenished daily), and little touches like bathrobes, slippers, and even an umbrella are there for our use. It’s only the bathroom — a capsule-like structure with sink, toilet, and shower — that reminds us space is at a premium, but the bathroom does feature a full line of L’Occitane toiletries, so its constraints are quickly forgiven.

At 5:00 p.m., Tere Moana sets sail; even under the cloudless skies of Civitavecchia, a storm in Greece plays havoc with our progress, tossing the tiny ship as it makes its way toward our first port, Lipari. Guests assembled for cocktail hour in the elegant Le Salon — a relaxing room of blonde woods, ivory metallic leathers, and backlit Tahitian artwork — squeal and laugh as walking is impeded and waiters seem to be propelled along a slalom course while delivering expertly mixed drinks and offering hors d’oeuvres. A glass of wine slides off the table and into my husband’s lap.

It’s only natural that motion is more pronounced aboard a smaller vessel. Paul Gauguin Cruises is keenly aware of this and had upgraded stabilizers installed on Tere Moana during a week-long dry-dock shortly after our sailing.

The luxuries of sailing a small vessel are many, but perhaps none is greater than the exclusivity of the shoreside experiences. Upon arrival in Dubrovnik, I and just three other Tere Moana guests are whisked away by Mario Bartulovic, the young, English-speaking winemaker of his family’s estate. The drive to the Pelješac Peninsula goes quickly, as Bartulovic regales us with his encyclopedic knowledge of wine as well as tales of Croatia’s tumultuous history and daily life. At his winery and home, his sister has prepared a full three-course lunch complemented, of course, by lovely Bartulovic wines. This is less like an organized tour and more like spending a day with friends. Carmyn, a well-traveled ship guest from California, looks at me and says “This is the best tour I’ve ever been on.” I agree.

Breakfast and lunch aboard Tere Moana follows a steady pattern at the indoor/outdoor La Veranda. While breakfast offers a traditional lineup of eggs (including omelets to order), cereals, breads, and breakfast meats, lunch reflects an international theme, often including popular dishes of the day’s port. Mealtimes are brief, with breakfast typically served between 7:30 a.m. and 9:00 a.m. (and in one case ending at 8:30 a.m.) and lunch between noon and 1:30 p.m.

Until now, dinner on our sailing has been served exclusively at L’Etoile — an indoor dining room with comfortable seating and blonde wood walls adorned with framed Tahitian prints — and includes a lovely selection of appetizers, salads, soups, main courses, cheeses, and desserts, all complimented by the evening’s wines. On our night in Dubrovnik, however, Tere Moana switches things up with a dining extravaganza that actually makes me regret having indulged so heartily in the delicious lunch served on our wine tour.

Held at La Veranda, the evening begins with each guest served a plate piled high with delectable assorted appetizers and loaves of crusty rustic bread. While we indulge in this selection and listen to local musicians performing traditional songs, staff are igniting outdoor grills for a decadent lobster and steak bake supplemented by an extravagant pasta station that includes Alfredo and marinara sauces as well as a heady white wine and garlic sauce that will accompany a towering pile of fresh clams. Cherries jubilee completes the memorable menu, and the evening ends with each guest presented with a souvenir cachet of Croatian lavender.

Since its December debut, many have said that Tere Moana is not Paul Gauguin, but maybe it should not strive to be. Perhaps it is time to let Tere Moana — with its outstanding service-driven crew, intimate ambiance, and innovative concept — develop into a small-ship star in its own right. 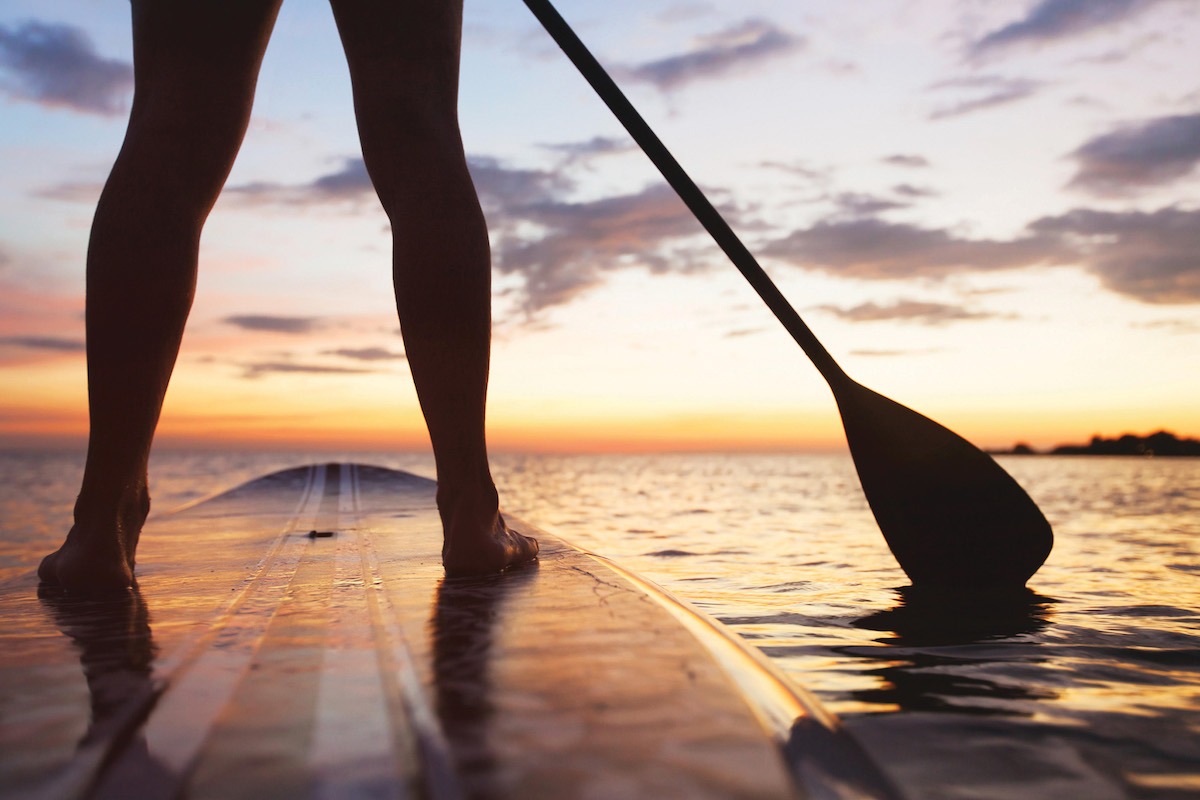