Skip to the content
December 15, 2013 By Porthole Cruise and Travel Magazine
Cruise Magazine

EYOS arranges luxury yacht expeditions to the most inaccessible waterways on Earth. Welcome to a new world of wanderlust.

Megayachts are so predictably found in sunny, sophisticated locales — Monaco, Cannes, Antibes — that it could be said such storied ports of call are the native habitat of these giant sea creatures. Imagine, then, the cognitive dissonance of standing on the deck of a 196-meter supercruiser as it glides past icebergs in the Northwest Passage.

Antibes, this ain’t. Replete with ice sheets and below-freezing temperatures year-round, conditions in the Northwest Passage are among the harshest in the world. First navigated by Norwegian explorer Roald Amundsen in 1903, the 900-mile sea route between the Atlantic and the Pacific represents a lust for discovery that pushed waves of exploration as Europeans sought a water route to Asia.

Today, the Northwest Passage is among the most sought-after destinations for clients of expedition-style yachting firm EYOS. Each year, the company arranges private charters through the Northwest Passage, which has seen fewer than 200 vessels complete the journey in history. Unlike Amundsen, who famously trained for his expeditions by sleeping beside windows thrown open to the Norwegian winter, today’s travelers have access to all the amenities of a five-star hotel and what amounts to an all access-pass to the world’s most exotic wonders.

Allow EYOS to take you to Antarctica!

EYOS-led expeditions have also set sail in Antarctica and South Georgia, Melanesia, Australia’s remote Kimberley region, Vanuatu in the South Pacific, Madagascar and the Seychelles, among others. Trips are at least a week, but many last much longer. They start at about $180,000 for a group of up to 12 people.

It’s an understatement to call them vacations. As Ben Lyons, the company’s CEO, explains: “We are in the business of delivering life-changing experiences.”

In order to fulfill a desire for more inventive itineraries, the captains of these yachts needed advice, training, and help handling the expensive and often time-consuming permitting processes involved in sailing to remote wilderness locations.

To travel to Wrangel Island, a nature sanctuary in the Arctic Ocean between the Chukchi Sea and East Siberian Sea, EYOS secured the first-ever permit for the area. Wrangel Island is administered by Russia’s Ministry of Natural Resources; Russian President Vladimir Putin signed the document.

Using their collective knowledge and contacts gleaned from years in the expedition yacht industry, the EYOS team began to advise clients on outfitting private vessels, or, when necessary, chartering them. They sourced guides and naturalists to lead passengers on hikes on shore or excursions by small watercraft. Today, the company boasts a global network ready to optimize a traveler’s experience, whether that means a lecture on the breeding cycle of marine mammals or locating the blind cave fish endemic to Madagascar.

Expertise from EYOS and the advent of new technology has given mainstream travelers access….

Cruise Deal of the Week – August 19, 2016 If you’ve ever considered a cruise to Antarctica, 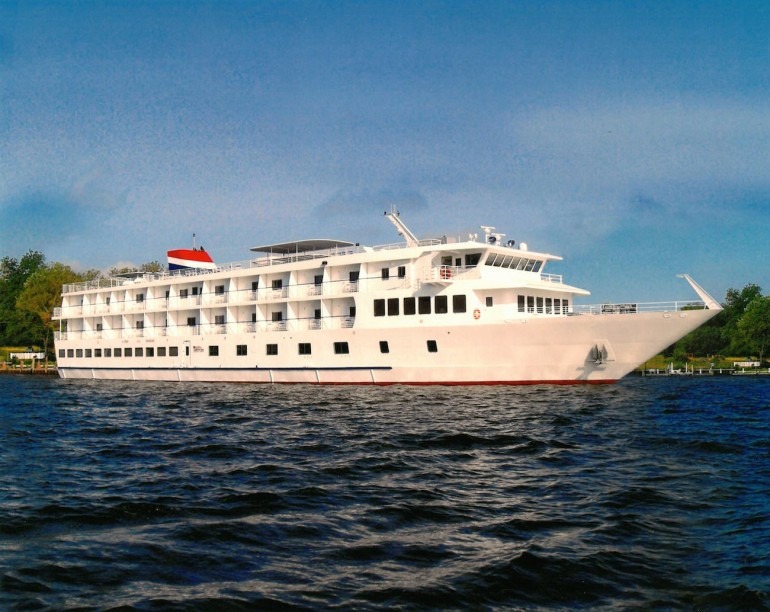 May 19, 2016 By Porthole Cruise and Travel Magazine
BlogsFive Faves

Declare Your Independence Five reasons to love a small-ship cruise. There you are speeding through l