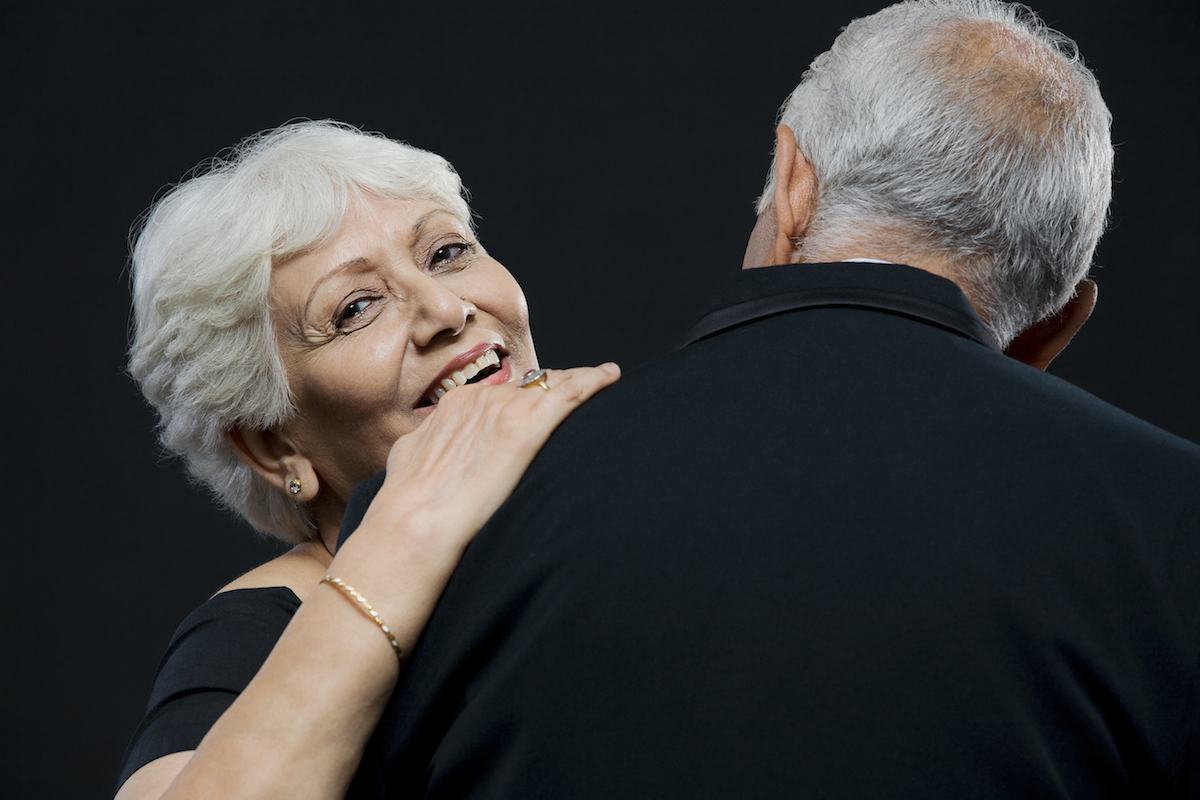 May 16, 2016 By Judi Cuervo
BlogsHumorMonday Mantra

A Host with the Most – A romantic rendezvous worth cruising to.

A Host with the Most

A romantic rendezvous worth cruising to.

I was in Barcelona in November 2013 and spent a night, pre-cruise, at the lovely Hotel Duquesa de Cardona, a boutique property located across the street from the city’s colorful port. On the day of my sailing, I thought I’d take advantage of the warm and sunny weather and have a relaxing lunch at the hotel’s rooftop restaurant before heading off for the ship.

I settled myself at a table and ordered a glass of Rioja and ham croquetas. As the server left with my order, an elderly British woman at the next table looked up from her meal and asked me if I was English. “No,” I responded, “American.” She waved her hand to the seat across from her. “You speak English. Please, please join me.”

I relocated to her table, smilingly introduced myself — and she burst into tears.

Maybe I should have ordered a bottle of Rioja instead of just the glass.

Resigned to the fact that this would not be the relaxing lunch I’d anticipated, I anxiously asked what was wrong. The woman was openly sobbing, barely able to speak, and I fully expected to hear that she had a terminal illness, just lost a loved one, or was recently the victim of a terrible crime.

Oh yeah. Definitely should have ordered the bottle.

Between sobs, Beryl — that was her name — told her tale. The object of her affection was a dance host from Texas who she’d met two years before aboard a luxury cruise ship — sort of like Walter Matthau in Out to Sea, I imagined. Since then, she’d cruised frequently and lavishly wherever twinkletoes sailed and, as my newly delivered ham croquetas grew cold, she pointed out his ship in the harbor and again broke down as she told me he’d be sailing away at 5:00 p.m.

I’ve watched enough Law & Order episodes to envision all sorts of unsavory ways this relationship might end. And I keenly wished that I’d be boarding Beryl’s friend’s ship that afternoon so I could size up the son of a gun.

I still hear from Beryl occasionally, usually right before she’s off to an exotic part of the world for another rendezvous with her dance host. The cynic in me fears that the man who stole Beryl’s heart just might hit her pocketbook next, while the romantic in me hopes that one day I’ll hear that Beryl has relocated to Texas and has waltzed into a happy new life with the man she loves.

I hope I’ll be invited to the wedding. 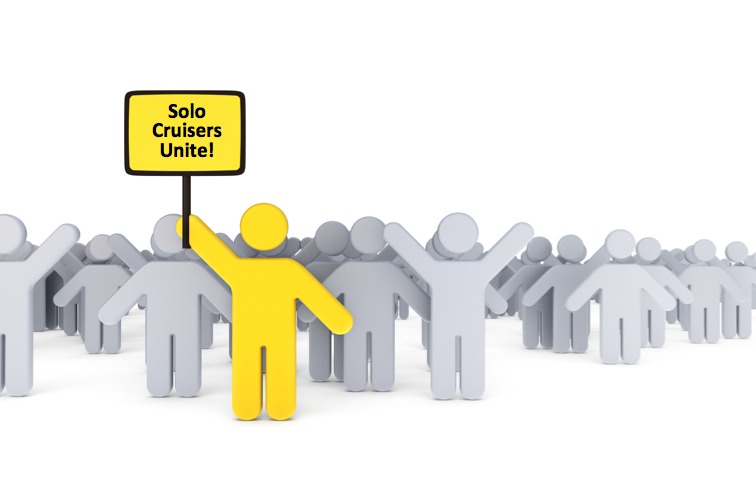 Solo Cruisers Unite! – Fight for your right to cruise like a couple! Down with the single supplement! 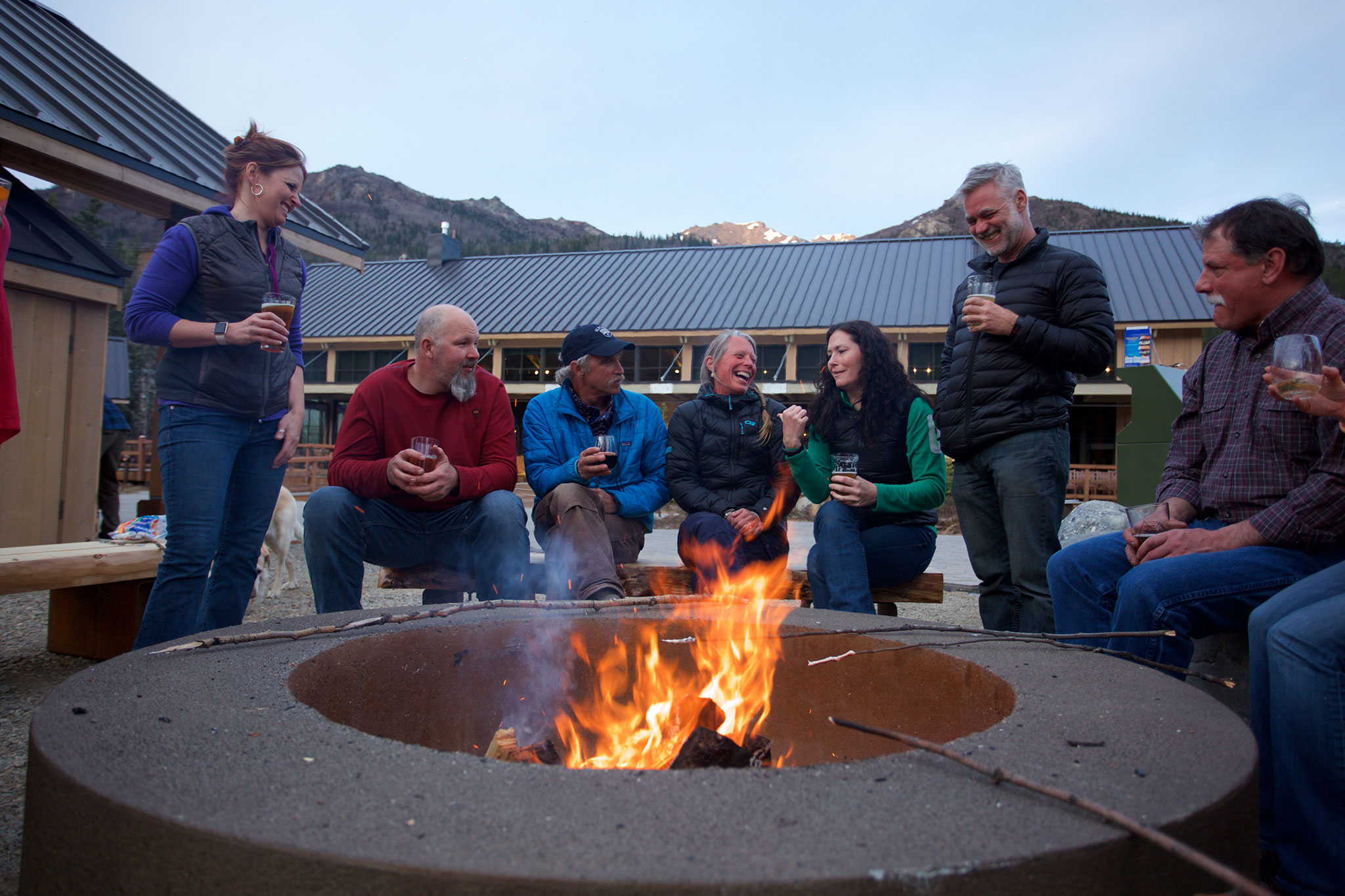