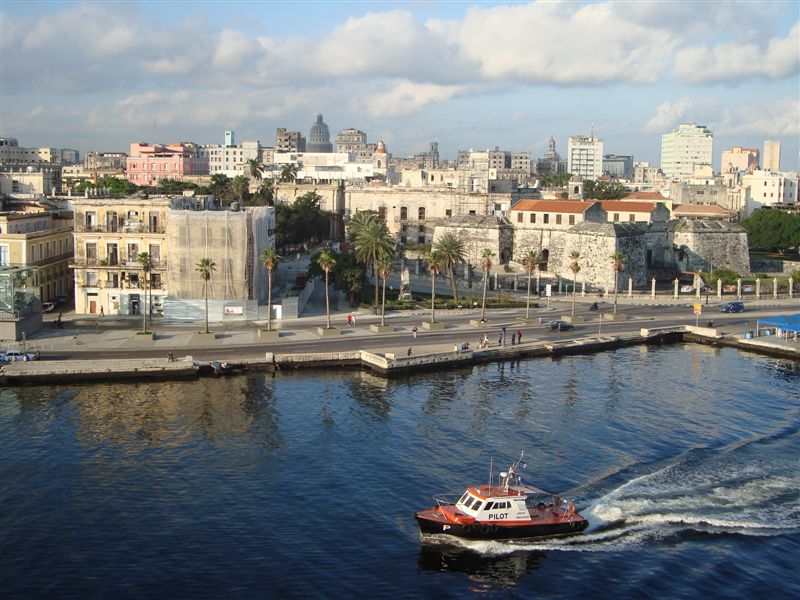 With the surprising news that the U.S. government wants to re-establish diplomatic relations and ease restrictions on travel to Cuba, chances are American cruise companies are already looking at the opportunity to bring guests to colorful Havana and other fascinating ports on this remarkable Caribbean island.

Cuba Cruise, a joint Canadian/Greek partnership has a head start. Now in its second year, the Calgary-based company currently offers a weeklong circumnavigation of Cuba with embarkation in either Montego Bay, Jamaica, or Havana. We were lucky enough to be among the passengers sailing during Cuba Cruise’s inaugural season as we boarded Louis Cristal in Montego Bay and headed for the southern city of Cienfuegos. Called “The Pearl of the South,” its central core is a UNESCO World Heritage Site filled with colonial architecture, street musicians, horse-drawn carriages, and colorful American cars from the ’50s.

We continued our clockwise circumnavigation of Cuba, calling at the little-known Isla de la Juventud (Island of Youth) where we anchored offshore and tendered into a delightful white-sand beach. There were free loungers available, lively Cuban music playing, and plenty of swimming in crystal-clear, warm water.

After a night of sailing, we entered the narrows of Havana Harbor. Approaching by sea offers a unique perspective of the harbor fortifications, the long seawall, and the impressive skyline, dominated by the National Capitol Building, which is very similar to the United States Capitol building in Washington, D.C., but slightly taller. Havana is huge (more than 2 million residents) but it’s also vibrant with a colorful cacophony of sights and sounds throughout the Old City (also a UNESCO World Heritage Site). Live musicians perform on almost every street with plenty of people strolling amid pedal cabs, horse carts, and ’50s-style taxis.

Cuba Cruise offers some great tours so we chose “Havana and Hemingway.” Although born in the United States, the Nobel laureate loved Cuba and bought a home near Havana in 1940. With his boat nearby (still on display), Hemingway lived and wrote in Cuba for 20 years. We visited his house, still complete with hunting trophies and more than 8,000 books, as well as his favorite bars, one in a nearby fishing village and the other in Havana’s famous El Floridita Restaurant, where his full-size bronze statue sits next to a bar stool.

After a day at sea we stopped at a small port near Holguin to visit the spot where Columbus landed in 1492 and enjoyed a show of aboriginal dances. We also visited a local farm to see the hard-working life and minimal luxuries of Cubans, particularly in rural areas.

Our final stop was in Cuba’s second-largest city, Santiago de Cuba, where an impressive fort, the UNESCO-protected El Morro Castle, guards the narrow harbor entrance. Like Havana, Santiago de Cuba has a lively downtown with lots of music, cheerful people, and bars in impressive, but sometime crumbling, colonial buildings.

Back on board, we enjoyed excellent evening entertainment from a Santiago folklore dance group. Other local Cuban entertainers came aboard (one, in Havana, from the National Circus of Cuba and the other, in Cienfuegos, a group of flamenco dancers).

We also enjoyed the ship’s resident band from Cuba and its entertainment team, which is a troupe of Cuban singers and dancers plus acrobats from the Cirque Fantastic of Montreal. It was some of the best cruise entertainment we’ve ever experienced.

The Cuba Cruise is a wonderful opportunity to really understand authentic Cuba. With stops in five ports, it opens up much of the country so visitors can learn about its troubled past, current economic problems, and cultural richness.

One passenger from San Francisco put it best by saying, “It’s a beautiful Caribbean island, but with a lot more character than any other. This cruise is the perfect way to see it.” 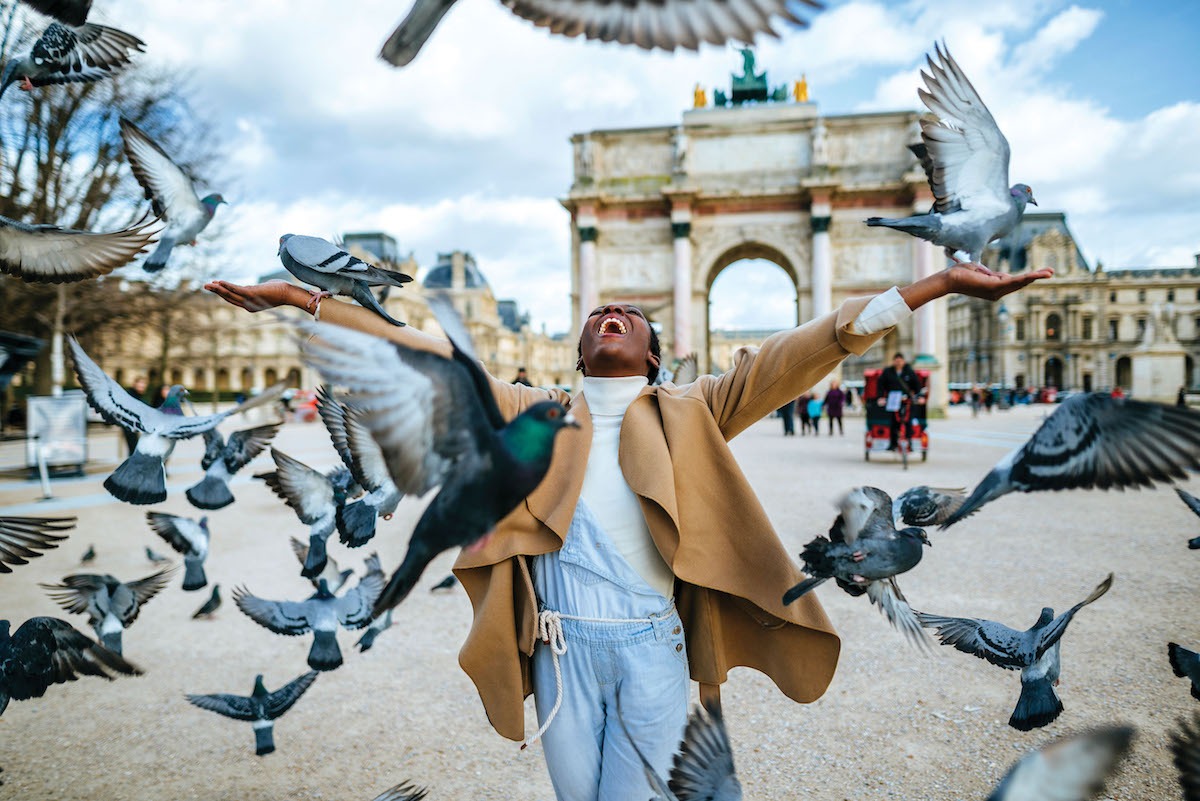 May 11, 2018 By Elizabeth Martinez
Cruise MagazineFeatured

Ah, the French. They know how to live. So, when I had the opportunity to experience the Parisian lif 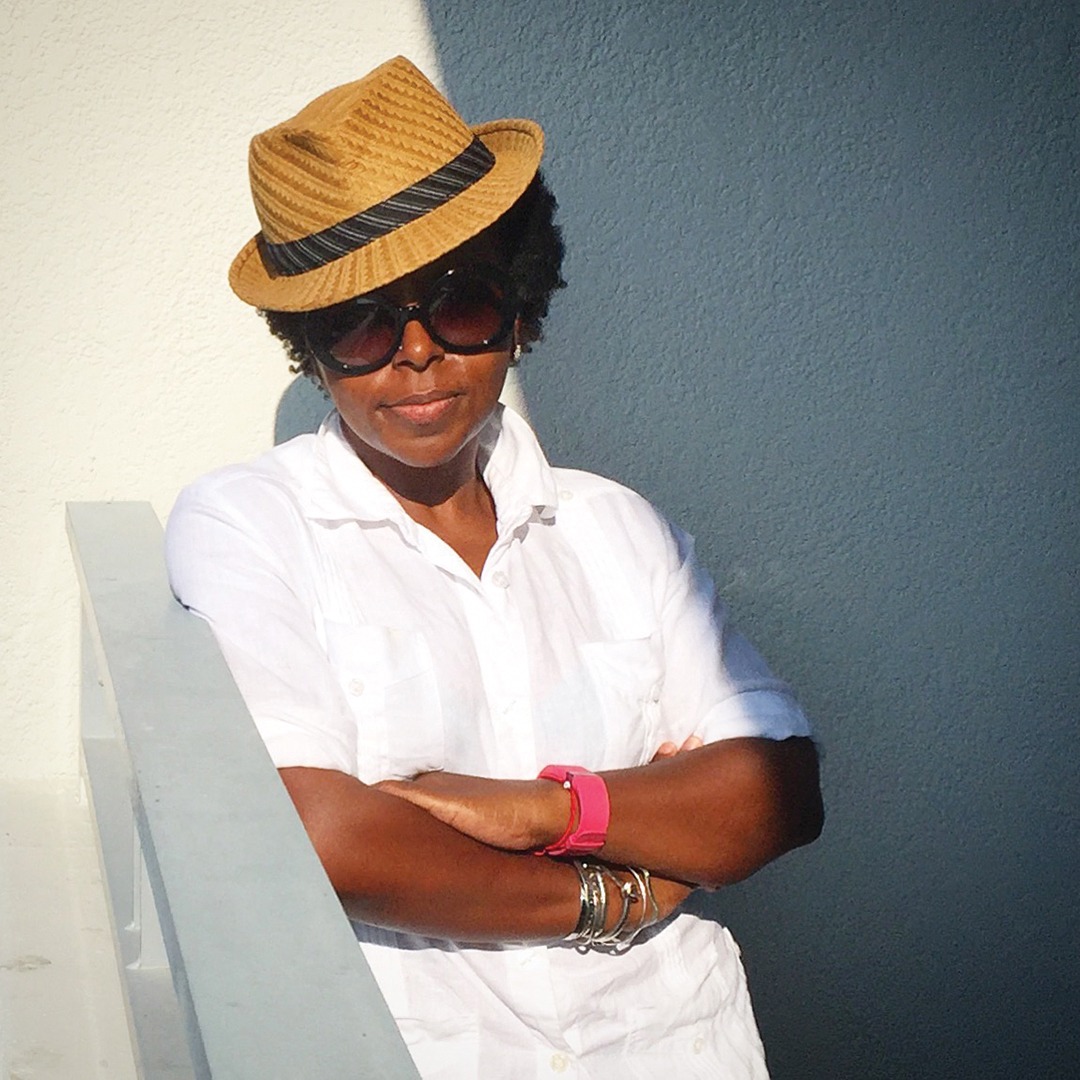