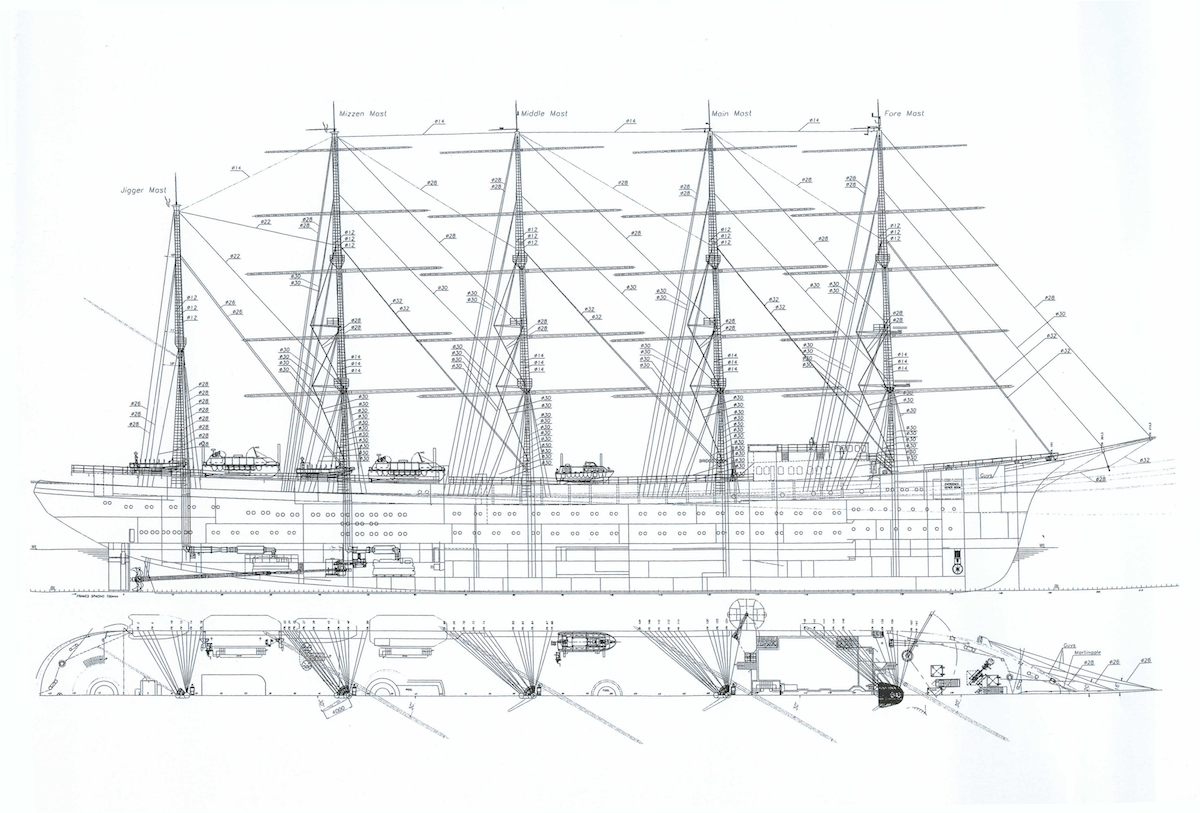 May 27, 2015 By Porthole Cruise and Travel Magazine
Cruise News

Tall-ship sailing specialist Star Clippers has officially announced that it has already started building a fourth ship to add to its fleet, which currently includes 170-passenger Star Clipper and Star Flyer, and the 227-passenger Royal Clipper, which is currently the largest full-rigged sailing ship in the world. The new, yet-to-be-named ship will be Star Clippers’ first newbuild since the launch of Royal Clipper in July 2000.

The new ship will technically be a five-masted, square-rigged barque; will carry 300 passengers (double occupancy); will measure 8,770 tons; and will be powered by more than 6,350 square meters of sails. The ship will have ecologically sound, high-tech engines, but it will, like its sisters, rely on wind power and its sails wherever possible.

While the company’s flagship Royal Clipper is modeled on the legendary German sailing ship Preussen, the new member of the fleet will be a near-replica of the even more impressive France II, commissioned in 1911 and the largest square-rigger ever built.

“We have already built the five-masted full ship Royal Clipper, which is very much influenced by the Preussen. This time, we intend to build a ship inspired by France II, an ambition I have had for a long time,” said Mikael Krafft, founder and owner of Star Clippers. “The ship’s rig will be identical to France II and dimensions will be very similar, although we have added various features that will make this the most magnificent passenger sailing ship afloat.” 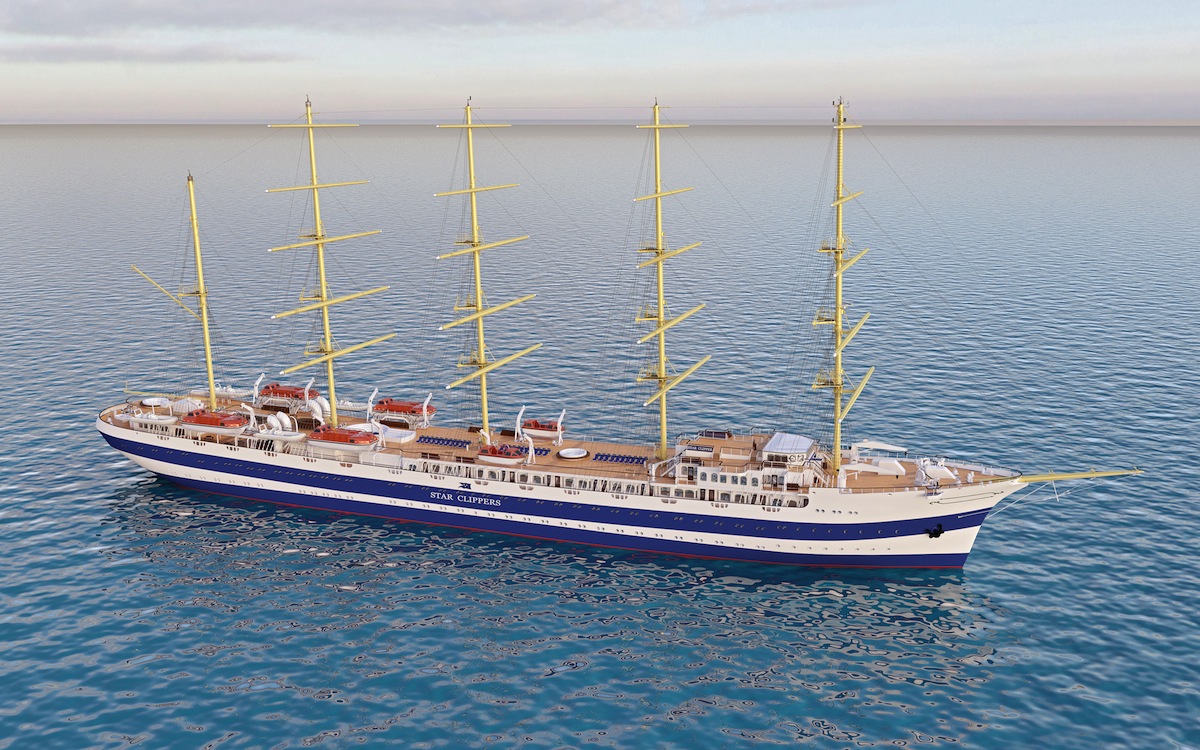 The new ship is being built in the Brodosplit shipyard in Split, Croatia, which Krafft said is necessary since the shipbuilding process is rather complicated and requires a small shipyard. “With our ships, most areas are curved, so you need to hand-make the ships,” he said. The building is going very well, he said, and, of course, comes with a lot of planning. “We came with a lot of drawings to the shipyard,” he said, adding that 100 naval architects are working on the construction.

The new ship will have three pools including one that funnels sunlight through the ship’s atrium into the elegantly appointed dining room. There will be a watersports platform in the stern for use when the ship is at anchor and a variety of cabin grades, including 34 suites with balconies and four luxurious owner’s suites with balconies. A restaurant in the light-filled atrium will accommodate all passengers for open-seating dining.

Past Star Clippers guests will notice their favorite hallmarks such as the cozy library; the bowsprit net; the popular alfresco Tropical Bar, which will span two levels; and a similar dining room, which also will be two levels. The new ship will add other modern and innovative areas including the Dive Bar, lots of open pool and deck space, and a spa that will be boast marble, waterfalls, treatment rooms, sauna, a Haman, and a gym.

Added Krafft: “All this on a very authentic sailing ship that could’ve been built hundreds of years ago.”

The new ship is scheduled to launch in the second half of 2017 and will initially sail the line’s most popular itineraries in the Mediterranean and the Caribbean. Sales are expected to open in 2016.