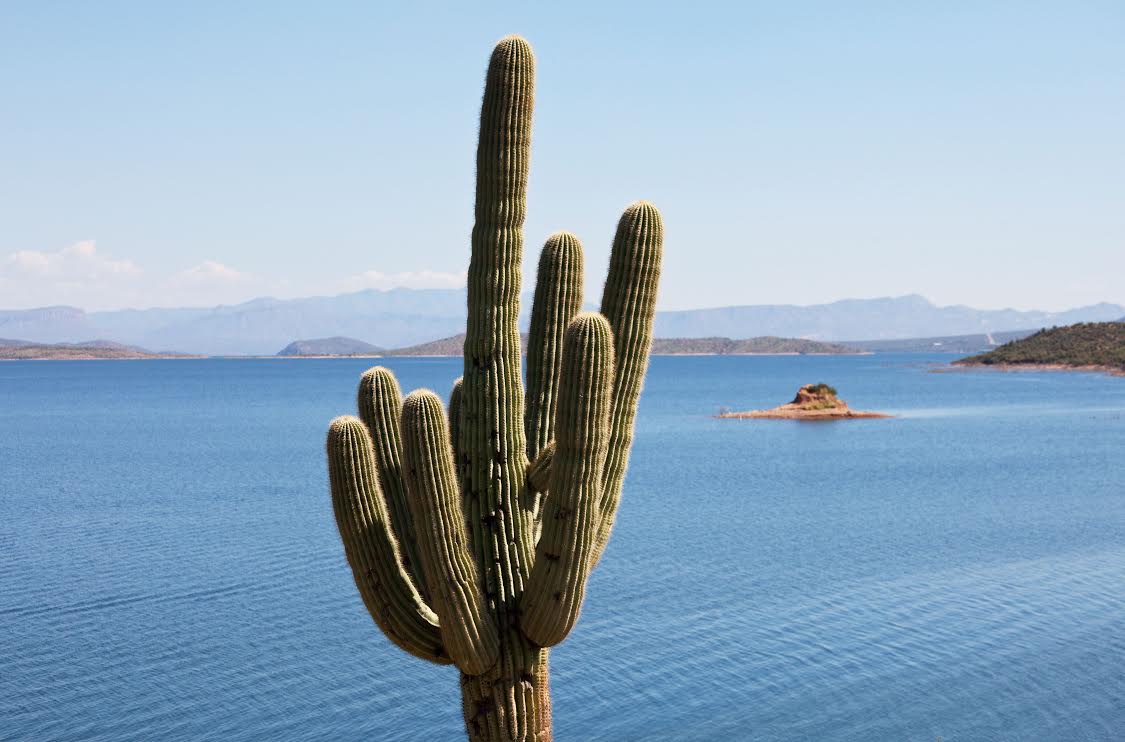 Citizens of the Lake Tahoe area are bracing for a boom in business, thanks to a brand-new cruise line laying the groundwork for a port facility on the California-Nevada border. Though it’s entirely landlocked now, investors are hoping to be the first to cash in on rising sea levels converting the low-lying desert area into a navigable bay.

“We’ve got the climate research behind us saying this place is a maritime gold mine waiting to happen,” says Matthew Miller, CEO of Nevada Pacific Cruises. “We’re taking an existing world-class resort destination and building on it, turning what could be a negative into a real positive.”

The corporation has already raised $17 million of their $28 million goal for the proposed project. The next step: building a canal along the I80 corridor through Donner Pass and the Tahoe National Forest to what will become Sacramento Bay. 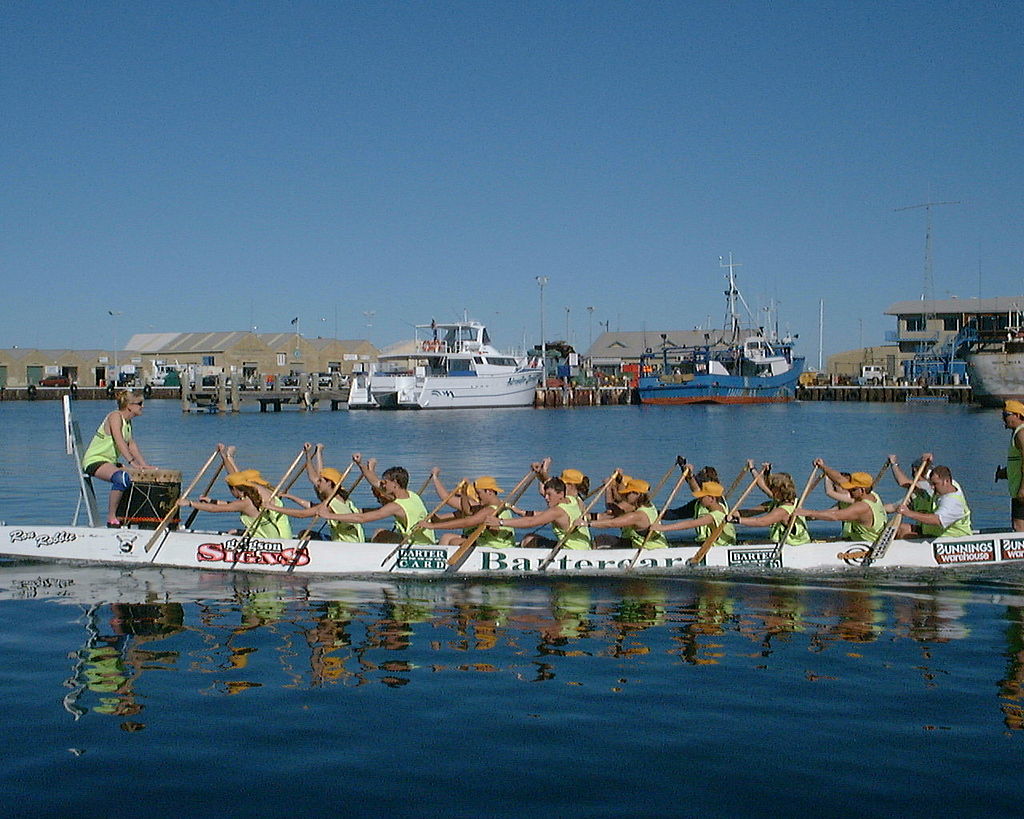 Imagine a relaxing cruise to a tropical paradise that you can only get to by rowing — after days of eating bread and water and being verbally abused by the captain! Not your cup of tea? Then don’t sign up for the Seas of Sub-Mission (SSM) theme cruise, organized to bring masochists seven days of discomfort and humiliation in the Caribbean.

“We saw the success of the Saw-themed cruise for torture fans on Carnival Glory and it just clicked,” says tour organizer Mandy Kremersbach, of Bayonne, New Jersey, travel agency Power Exchange Travel. “Plus, with 50 Shades of Grey taking off with travelers the way it did this year, we knew we were onto something.”

Attractions on the SSM cruise include:

Kremersbach says that more than 200 pain-seeking cruisers have signed on so far. 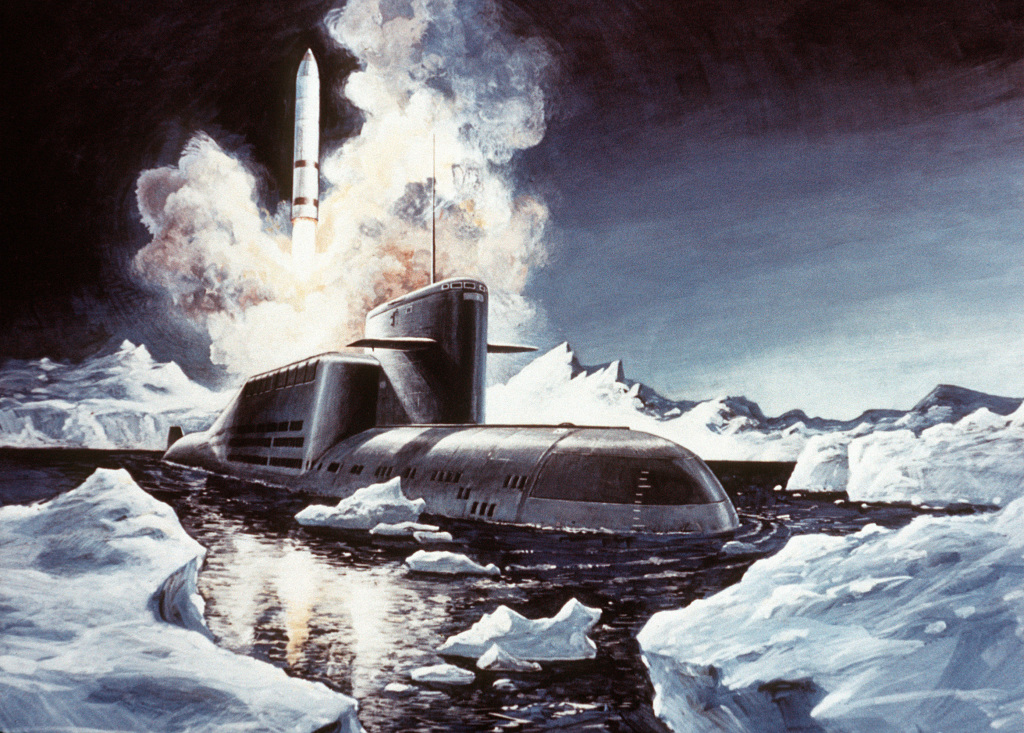 A billionaire shipping magnate is offering out-of-this-world vacations with a vintage twist, by reviving the Grace Line brand with an added rocket-ride component.

Not since 1978 have ships with the distinctive green, white, and black livery carried passengers and cargo.
“We thought it necessary to add a very advanced technological aspect to show that we are just as interested in the future as in the past,” says Lee Mong-Bae, president and CEO of Grace Space Line. 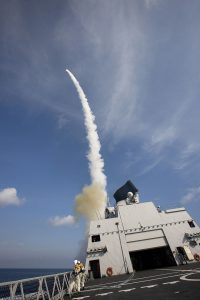 The fleet will consist of luxuriously refurbished older ships fitted with special top-deck blast shielding and launchers capable of firing a manned rocket into near-Earth orbit. Similar trips to the edge of space are already being carried out by land-based operators in conjunction with the Russian Federal Space Agency, and preliminary tests of the seagoing system have met with resounding success.

To avoid possible complications with airlines and satellites, the new line will only offer the zero-G experience on cruises to Antarctica, and guests must complete a thorough physical exam before boarding the rocket.

“We will give our guests old-fashioned service with cutting-edge comforts,” says Lee. “It will be an exclusive experience without parallel.” 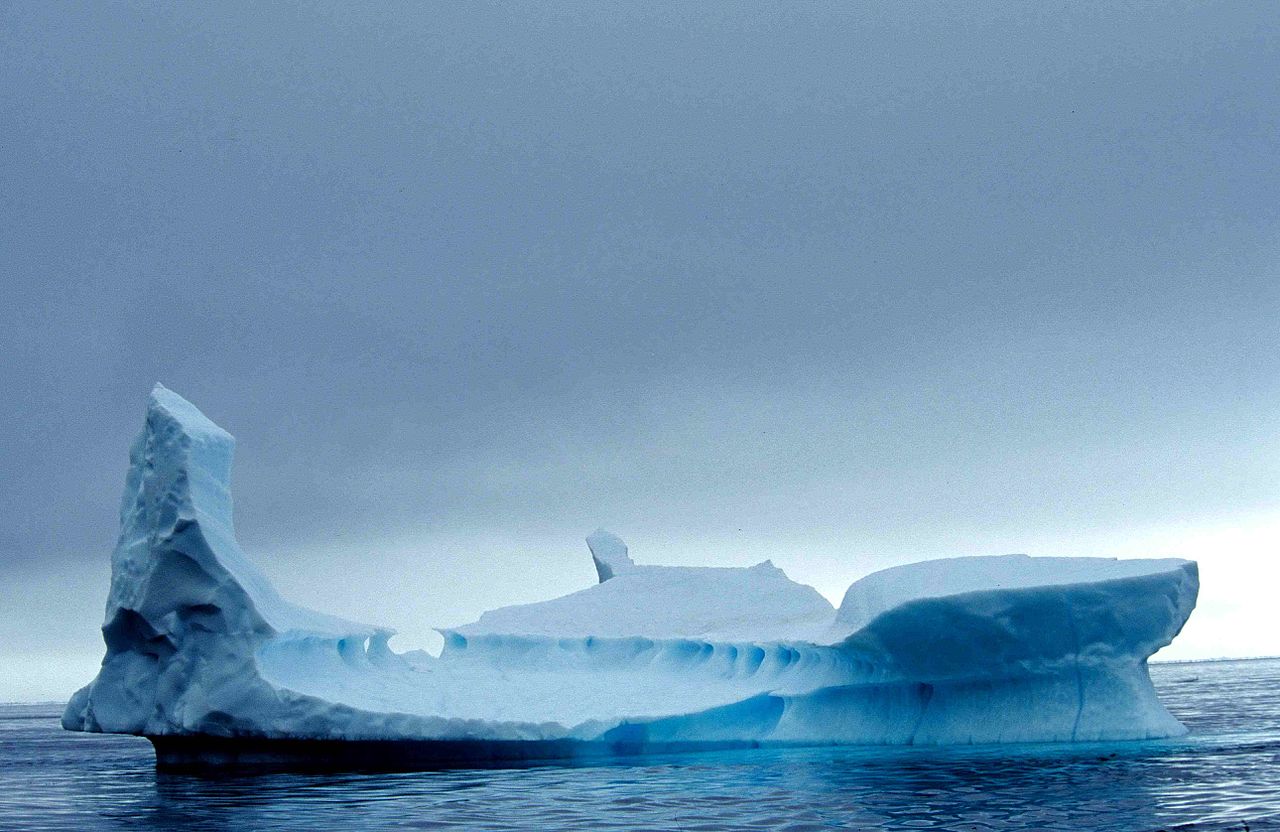 The Iceberg IS the Ship!

Here’s a whole new way to enjoy cruising in the Arctic Circle — by carving your own ship out of an iceberg!

Captain Jørgen Lysbakken, an expedition cruise veteran, came up with the concept for Isfjell Cruises after years of traveling to Alaska and Scandinavia.

“It occurred to me that within the colder waters, there is nothing that steel can do that ice cannot,” he explains. “And ice has the advantage that you can shape it however you like with nothing more complicated than a flame thrower and a garden hose. You melt the ice over here, and allow it to refreeze over there. Soon, you have a ship exactly built to order.”

Lysbakken’s service will take clients to a calving glacier by helicopter, then set to work shaping ice and installing engines and other equipment to create an entirely bespoke vessel. Once the ship is completed, it can be sailed for 14- to 28-day voyages to ports such as St. Petersburg, Russia; Harbin, China; Gotland, Sweden; and from Alaska to Greenland across the Northwest Passage before gradually shrinking to a more natural shape.

Prices for the icy adventure start at $1.6 million, with a polar bear–interaction experience available for an extra fee. 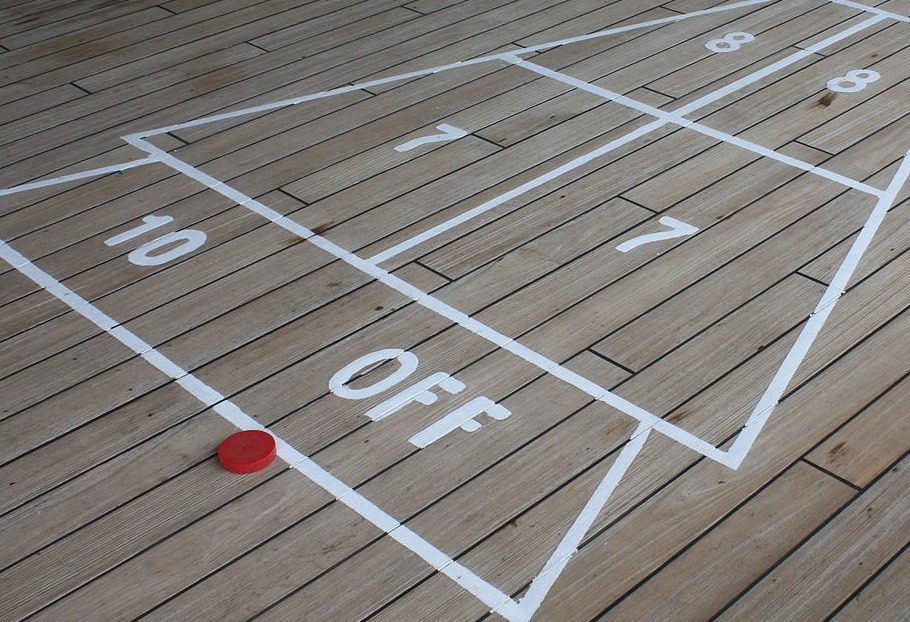 LaVoulieu’s fans say the creative visionary is making a clever commentary on time, memory, and the commercialization of leisure.

“He’s working in the same tradition as Duchamp and Dali, only creating his readymade pieces with a palpable sense of nostalgia and almost a neo-Romantic elegance of expression,” declares renowned Marseille-based art historian Amelie Sibrollia, Ph.D.

But naysayers have decried the recycled deck-game equipment as an audacious money grab.

“What’s next, putting a frame around a bocce ball with a $2 million price tag?” sniffs influential British critic Eugene Blatt. “It’s a tired old con, and I can’t believe anyone is falling for it.”

The autographed pucks – known as “biscuits” to avid shuffleboard players — have been selling briskly in galleries across the Côte d’Azur and Italian Riviera, despite their hefty asking price.

“I bought my original LaVoulieu on a cruise to Monaco,” says proud collector Scott Mayhew, a hedge-fund manager from Manhattan. “It’s the ultimate memento of a wonderful vacation, and a wonderful relic of the past. The piece was originally part of a set used aboard a ship sailing regularly between Monaco and Greece, just like mine.

And unlike a painting, I never have to worry about it clashing with my sofa.” 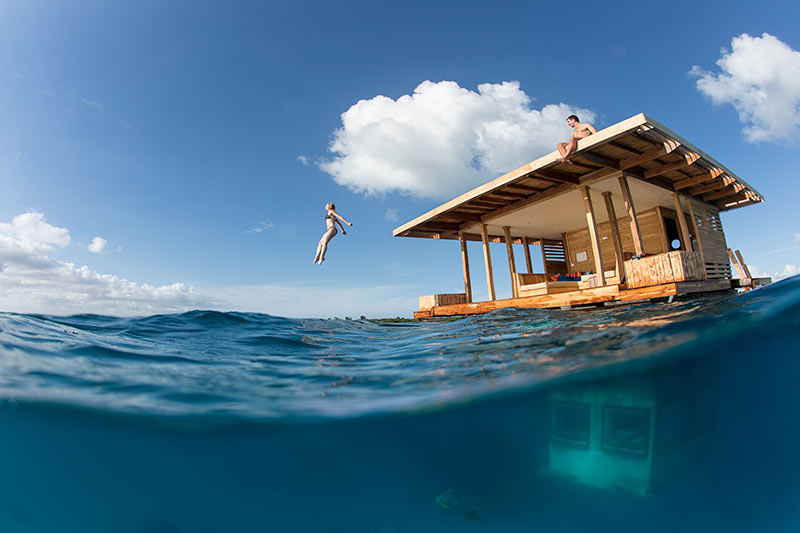 Porthole’s Five Faves Under the Sea Made by man and normally found on land, these intriguing attra 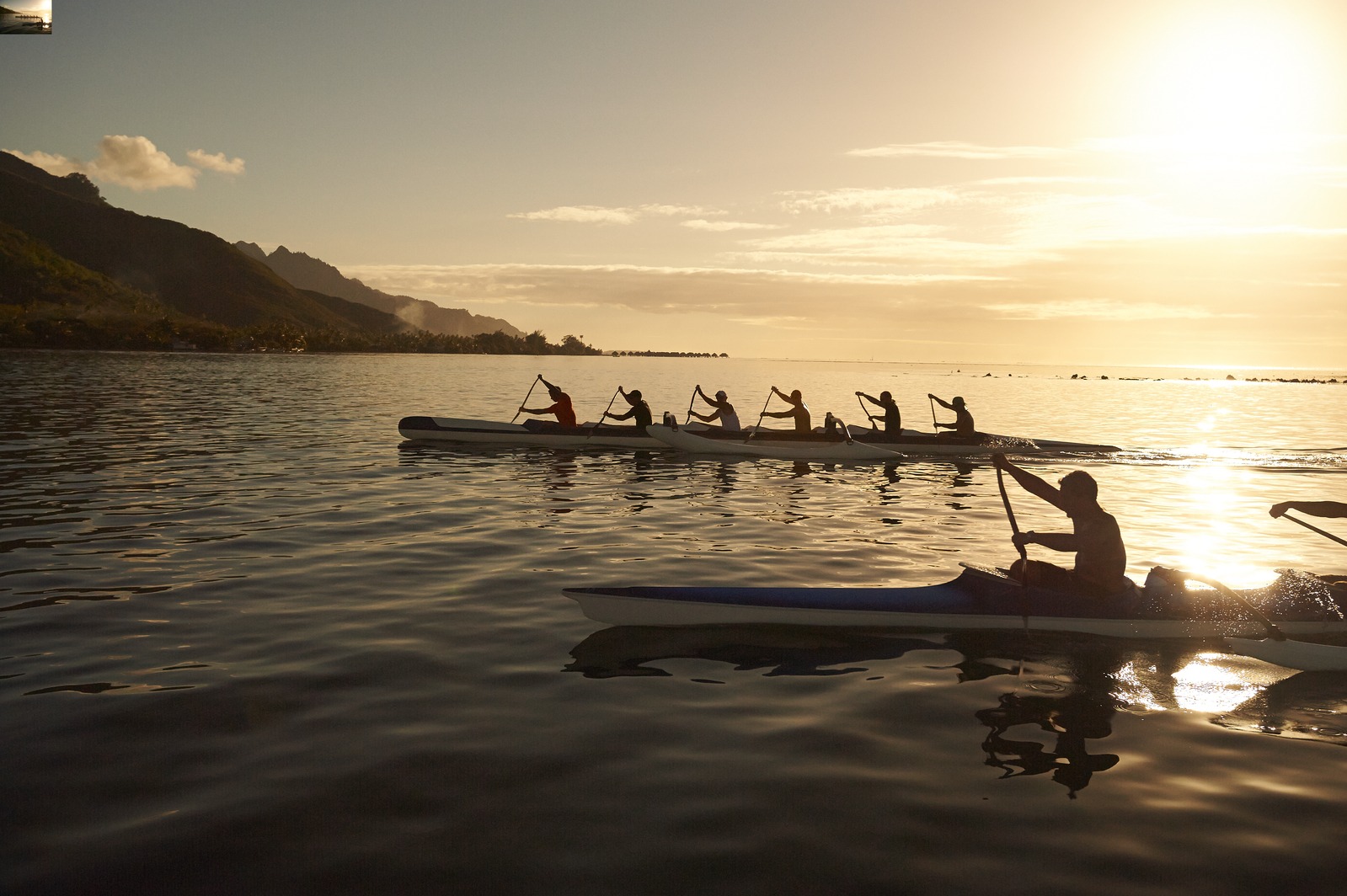 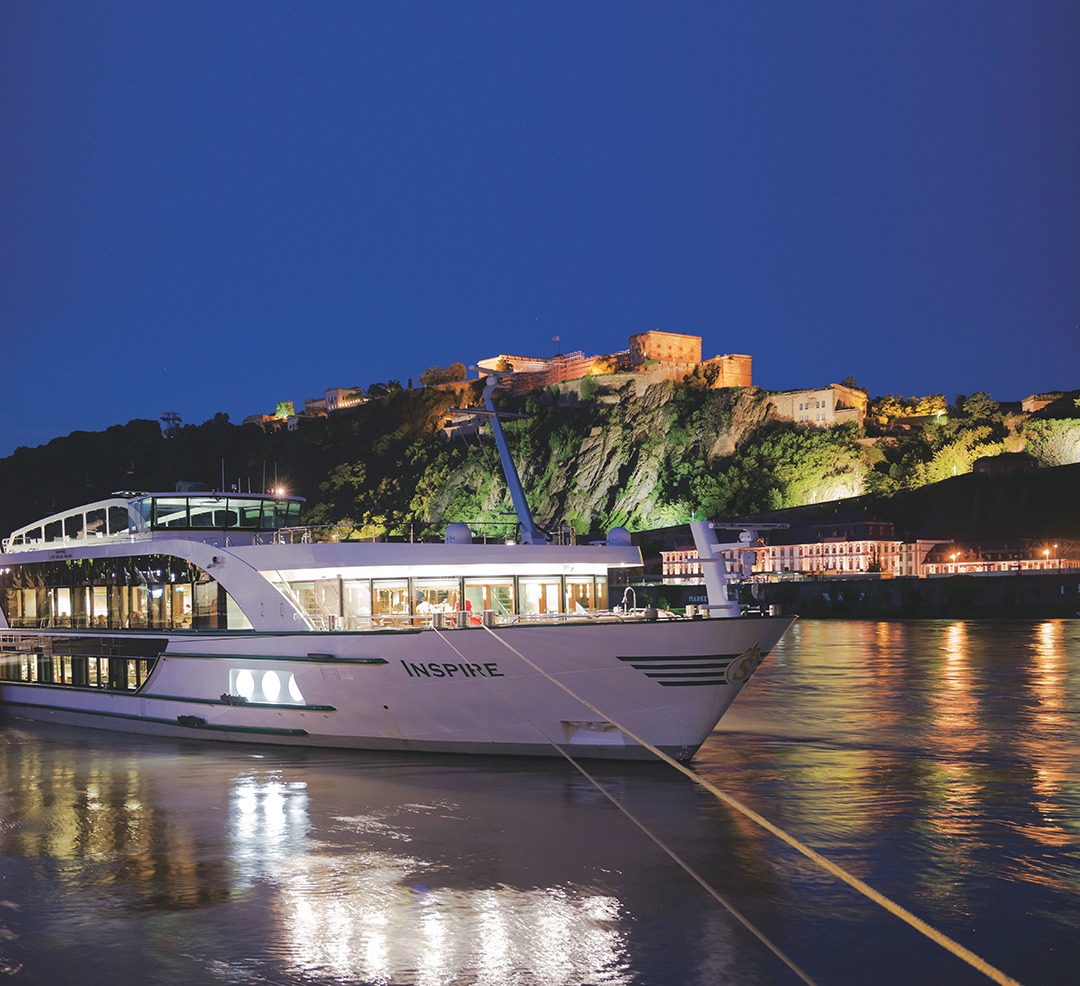