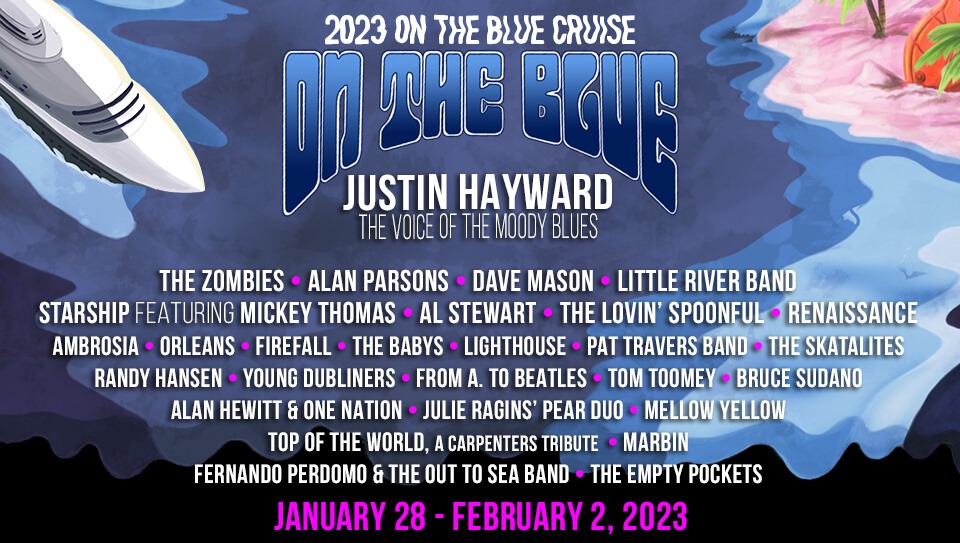 In 1976, when I started cruising, I’d never have believed that one day I’d be sailing the Caribbean with some of my rock music idols.  But, thanks to On the Blue classic rock music cruise, I’ll be doing just that aboard the Norwegian Pearl from January 28-February 2nd.

Before I get into the details about this fantastic music festival at sea, just let me say that when I started cruising, the most a rock music fan could hope for was a frightfully awful rendition of “Twist & Shout” by the ship’s orchestra or a maybe a couple of Beatles ballads performed by a third-rate vocalist at the piano bar.

But, now, cruise lines have recognized that classic rock is the best music ever made…that, or maybe they just realize that we baby boomers represent a huge segment of cruising’s most dedicated guests and we want to hear the hits that form the cherished soundtrack of our youth.

Today, many ships even have venues dedicated to the music we love:  Among them, Holland America’s Rolling Stone Rock Room (Rotterdam, Nieuw Statendam and Koningsdam) and Norwegian Cruise Lines’ Beatles-inspired Cavern Club (Norwegian Bliss, Epic, Encore and Joy).  And, thanks to technology, DJs need not rely on a stack of vinyl LPs, but can access every single song that played on the jukeboxes of the bars that we, as teenagers, sneaked into with phony ID.  During one recent sailing, I requested a Kinks song and in minutes, I was swaying to “Waterloo Sunset; on another, I requested a Men Without Hats tune and in no time at all, I was doing the Safety Dance on the deck of SeaDream II.

For the classic-rock obsessed, could it possibly get any better??

Yes, it can, thanks to On the Blue, an ocean-going five-day classic rock music festival that features full concerts by the very artists (the ones that are still alive, at least) who performed so many of the songs we grew up with!

The 2019 On the Blue sailing was, like everything fun and exciting, cancelled by the pandemic, but now On the Blue is back, with a 2023 celebration subtitled “Reunion,” a reunion of the fans and the artists who have sailed this full-ship charter almost annually since its 2013 debut.

Imagine:  Justin Hayward of the Moody Blues crooning “Nights in White Satin” and “Question” as you sail from Miami to Belize and Costa Maya.  The Zombies performing “She’s Not There” and “Time of the Season” on the pool deck under the stars.  Al Stewart bringing you “Year of the Cat,” its iconic saxophone solo filling the ship’s extravagant theater.  Singing along with Alan Parsons’ “Eye in the Sky” or with Dave Mason as he belts out Traffic’s “Feelin’ Alright.”  Even more acts will be rockin’ the boat aboard this year’s On the Blue (nearly 30 in all), Renaissance, The Lovin’ Spoonful, The Little River Band, Orleans, Ambrosia, Lighthouse and Starship with Mickey Thomas among them.

And if a dizzying schedule of full concerts isn’t enough, count on getting up close and personal with the artists through photo experiences and, seriously, everywhere around the ship.  Pull out your wildest gear on theme nights, get down and funky at the Mellow Yellow Dance Party where you can dust off all the moves you thought you had forgotten, and maybe even discover hidden artistic talents during a “Painting with Rock Stars” session.

And, best of all, because this is a full-ship charter, you can be sure that all of your fellow guests are just as rock-obsessed as you are!

(And if classic rock isn’t your rock music of choice, check out the heavy metal Monsters of Rock cruise  setting sail April 29-May 1, 2023 (https://monstersofrockcruise.com/); or the progressive rock Cruise to the Edge March 8-13, 2024 (https://cruisetotheedge.com).

September 23, 2022 By Evan Gove
Cruise Deal of the WeekFeatured

Happy Friday, Cruisers!  It was a big week for Princess Cruises as not only did they announce a new

November 30, 2018 By Evan Gove
Cruise Deal of the WeekFeatured

December is finally here and that means holiday cheer is all around. Holiday cruise deals are a popu 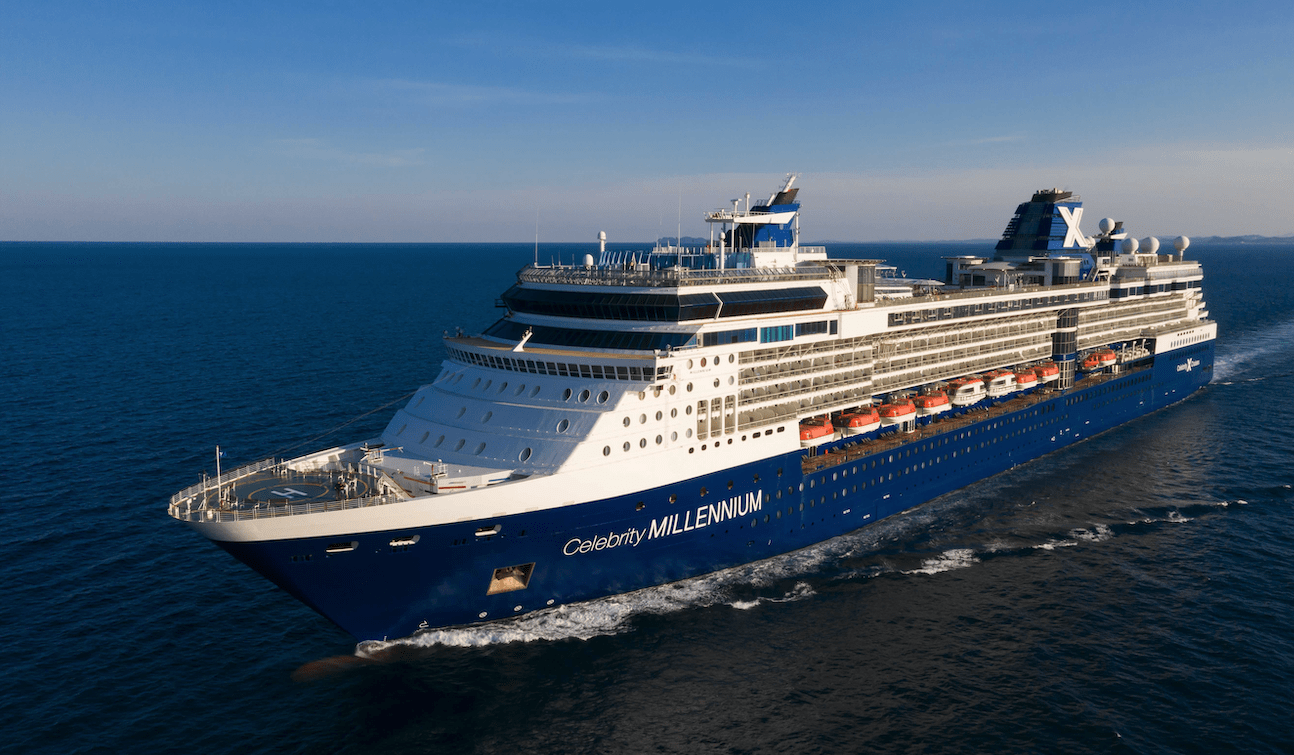