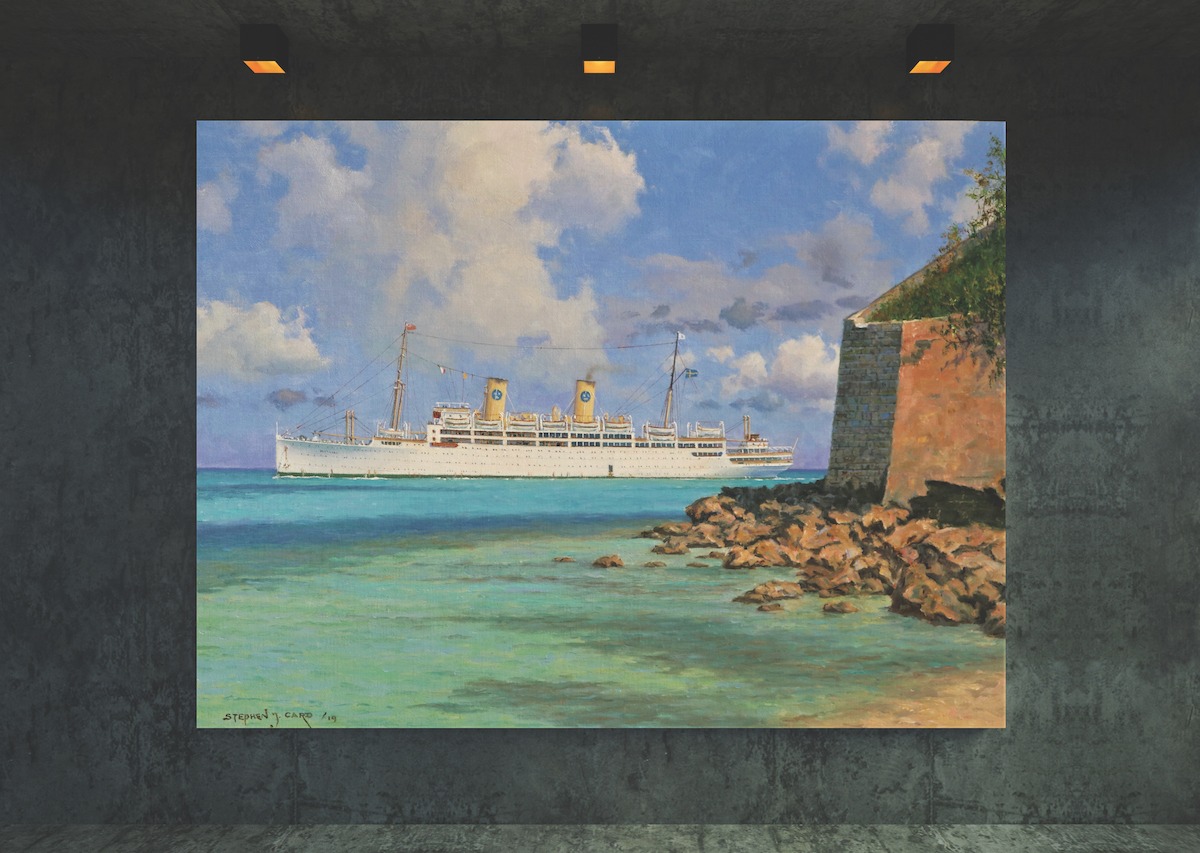 And with that statement alone, you realize that for this 67-year-old native Bermudian, ships are a passion that permeates every part of his life.

Born to the Sea

Card’s journey to recognition as one of the world’s premier maritime artists was hardly a direct one. His biography isn’t sprinkled with fine arts degrees and artistic achievements. In fact, sketching was simply a hobby with no expectation that it would develop beyond a casual pastime. Instead, his fascination with the sea — triggered, no doubt, by growing up amid the maritime environment of Bermuda, together with being part of a seafaring family — set Card on a nautical path that began in adolescence with the Bermuda Sea Cadet Corps, a three-week stint as deck boy aboard the Cunard liner Franconia, and training at the Royal Navy Gunnery School HMS Excellent in Portsmouth, England.

Formal education followed: the Glasgow College of Nautical Studies, where Card studied and apprenticed aboard vessels that ranged from oil tankers to banana boats. He earned his master’s license in 1979 and joined Uiterwyk Lines, a Dutch company that operated cargo ships in the Far East, as captain.

In 1982, while with Uiterwyk Lines, Card was offered the post of “Queen’s Harbour Master/Bermuda,” an opportunity that would allow him to return to his beautiful island home while firmly keeping a foot in the nautical world. And it was during his time as Bermuda’s harbormaster that a 1984 inaugural visit by Holland America Line’s Noordam would change Card’s career path from a technical to an artistic one.

Still painting and sketching in his spare time, Card decided to create an oil painting of the previous Noordam and present it to Holland America’s then-chairman, Nico van der Vorm, when the ship called at Hamilton. The painting was well received and led to a commission for three additional paintings (of Rotterdam, Nieuw Amsterdam, and newly launched Noordam) for the Holland America offices in Seattle.

RELATED: 10 Reasons to Buy Art on a Cruise Ship

“My understanding of the sea and how ships operate has helped me to depict them accurately,” says Card. “In fact, I have a number of times completed a painting of a ship while she’s still under construction using blueprints alone.”

Sometimes it seems that a painting’s backdrop is nearly as important to Card as the ship itself, particularly in the case of retired classic liners. Indeed, his studio includes a vast library that holds more historical and technical books than…. 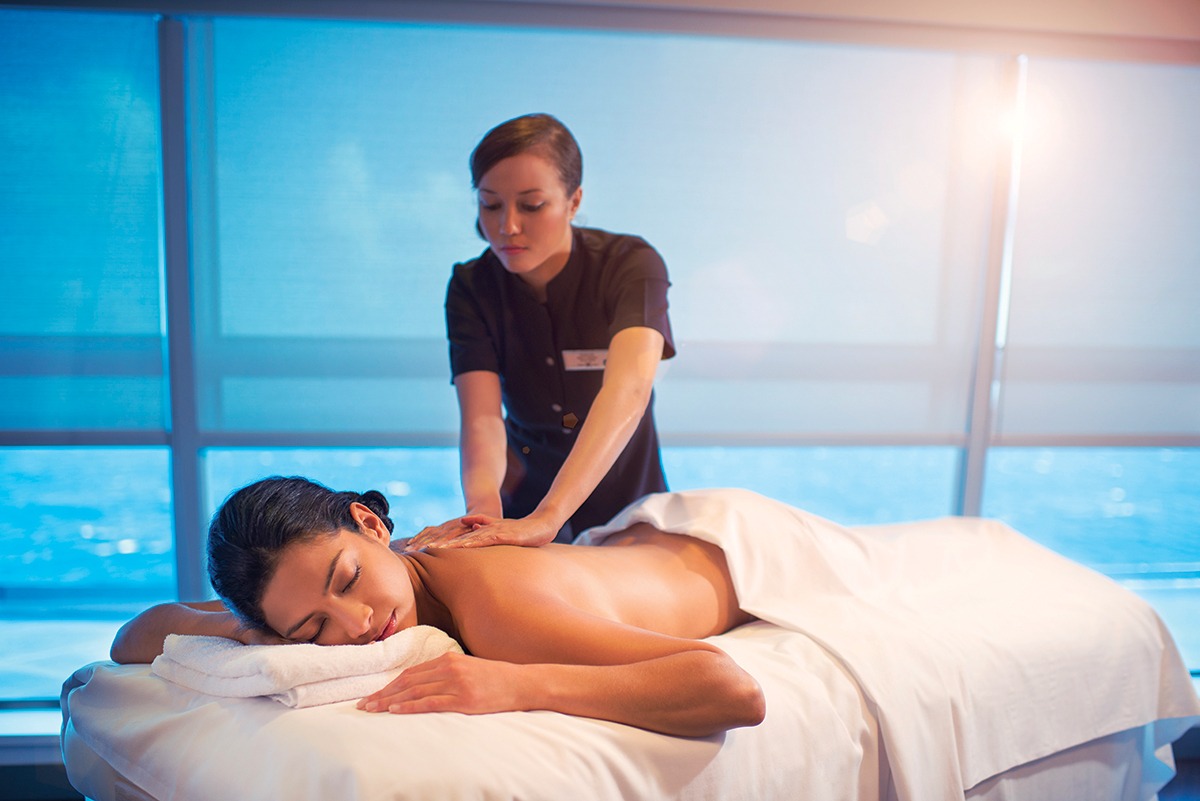 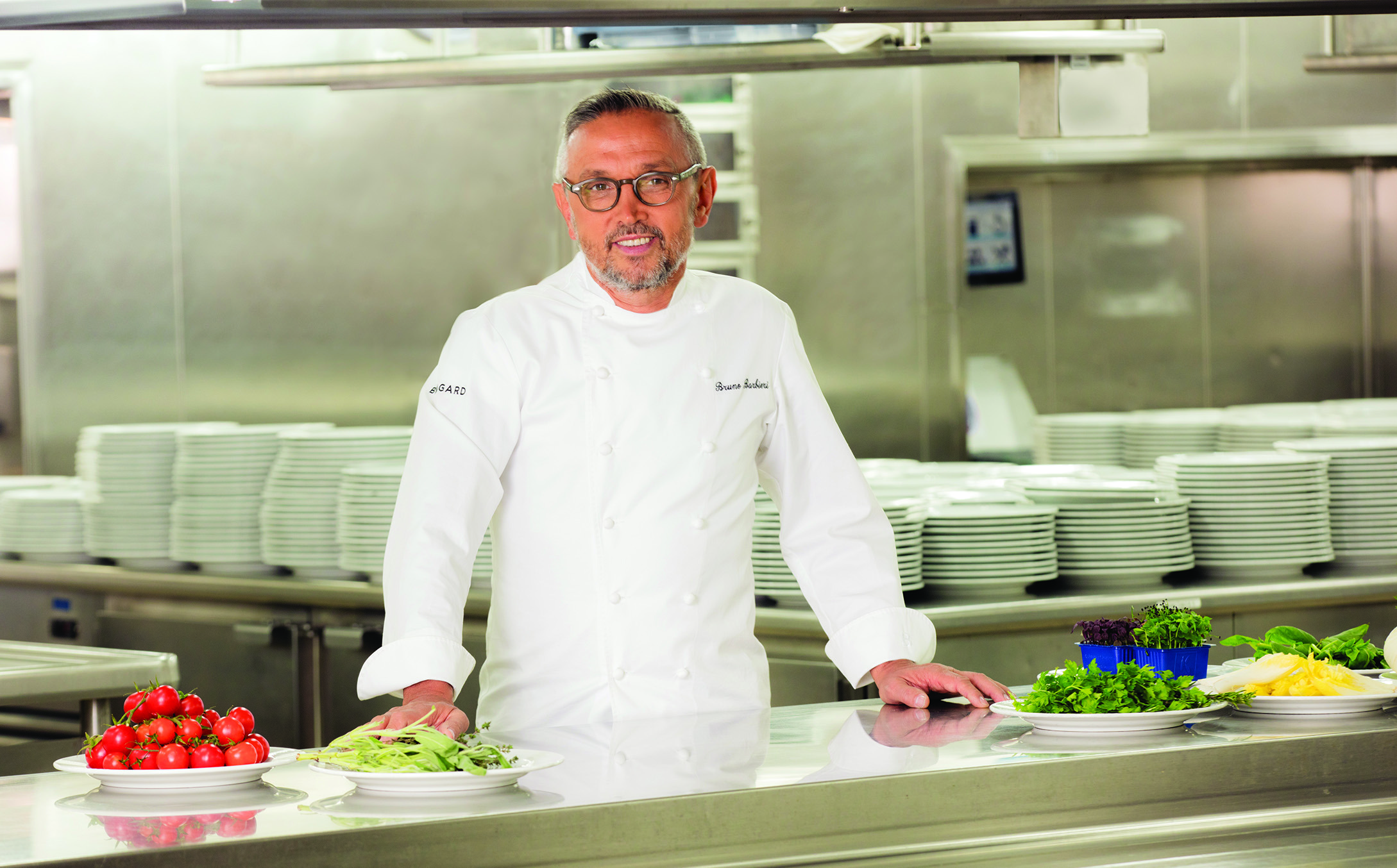 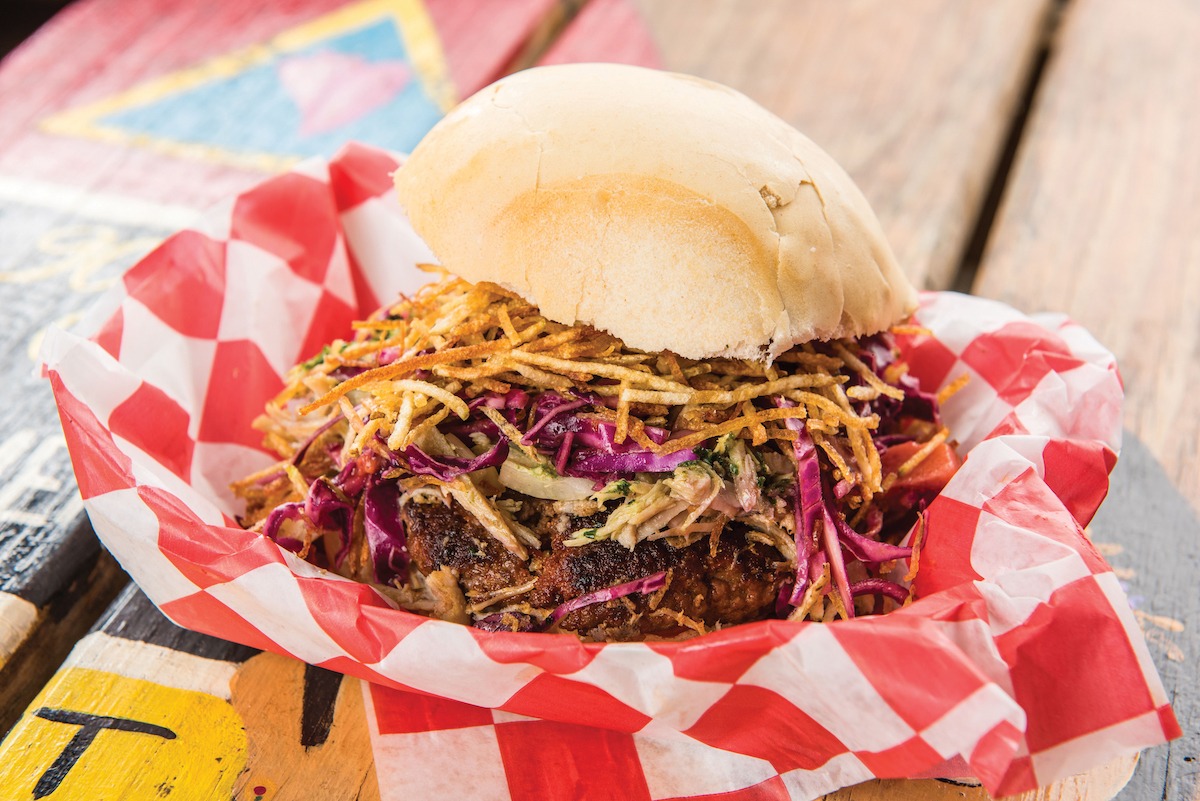 This southernmost city in the United States has a way of achieving notoriety. Take the time it “se