It’s great to reach for the stars in a metaphorical sense, but Tamara Jernigan took the advice literally – logging more than 1,500 hours in space as a NASA astronaut and astrophysicist.

After retiring from NASA in 2001, Jernigan was invited by Carnival Cruise Line to serve as the Godmother of Carnival Pride. Alongside then Carnival President Bob Dickinson, Dr. Jernigan named Carnival Pride in a ceremony at Port Canaveral on January 7, 2002.

Now, 20 years later, Dr. Jernigan once again found herself cruising with Carnival when she joined the guests and crew of Carnival Miracle for a New Year’s cruise. While on board, she met with the ship’s female officers who presented her with a beautiful gift that included a current photo of Carnival Pride, as well as a photo of her in front of the ship with Chairman of Carnival Corporation Micky Arison.

Dr. Jernigan also made an appearance at the ship’s military appreciation gathering which is held on every Carnival cruise to recognize and honor the courage, commitment and service of members of the Armed Forces and their families. Tamara also attended a Question and Answer session with the cruise director, where guests had the opportunity to ask questions about what it’s like in space or anything else on their mind.

Have you sailed on Carnival Pride or Miracle? Let us know in the comments! 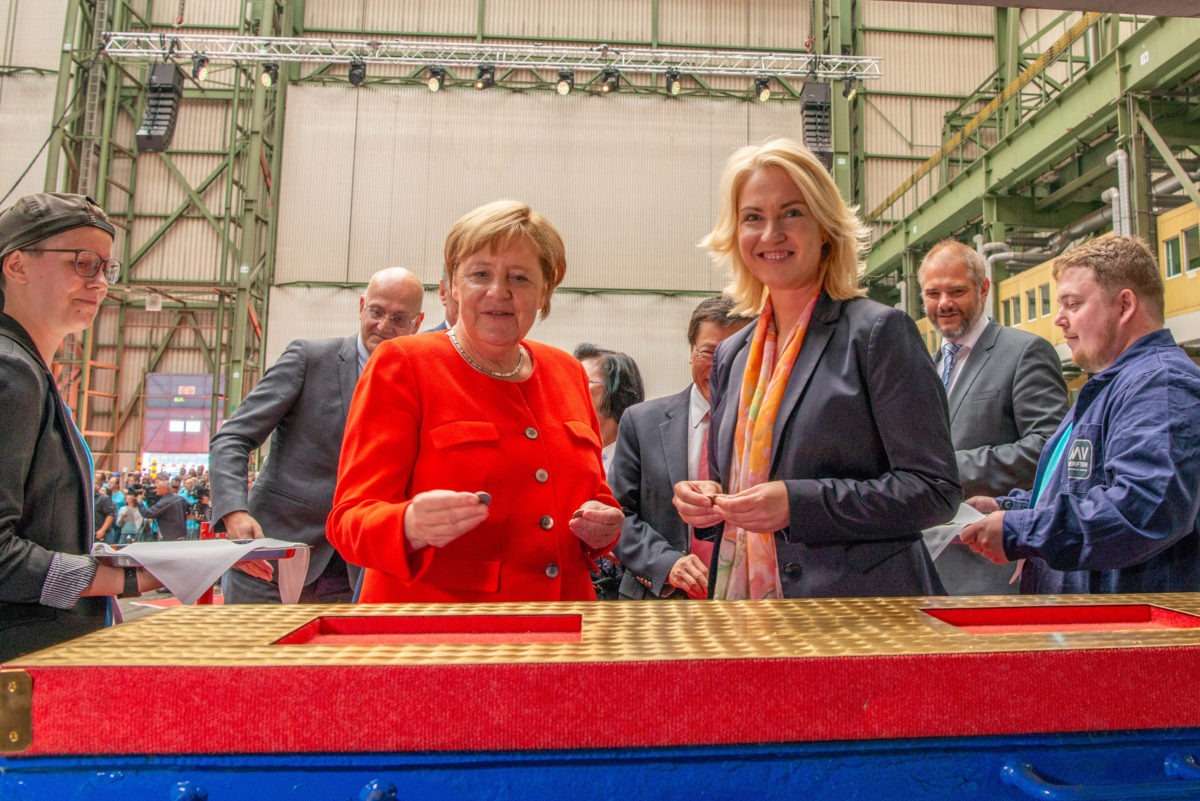 At MV Werften, maritime tradition is taken very seriously. Those at the shipyard celebrating the kee