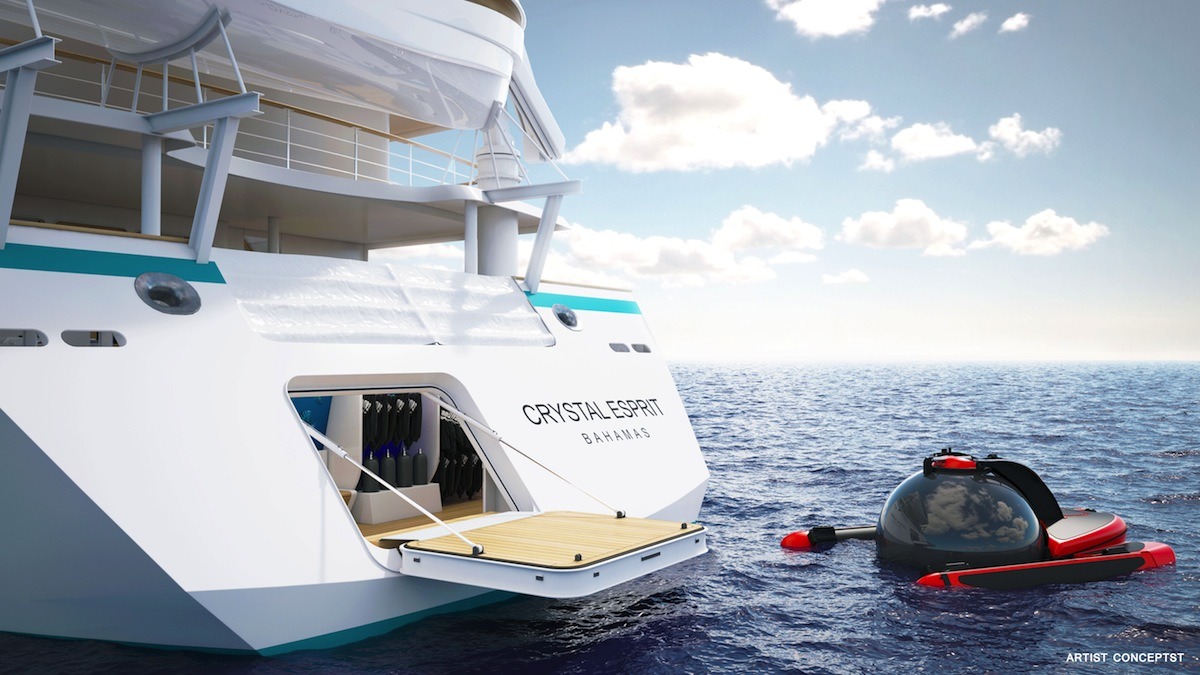 On July 20, 2015, Crystal Cruises celebrated its 25th anniversary, and Edie Rodriguez, president and CEO of the cruise line, says she could not be more excited about what the next 25 years hold. But “cruise line” will soon be only one way to describe the global company, as it begins a major expansion into other sectors of the travel industry, including river cruises, air travel, and even residential.

For starters, December 20 saw the debut of Crystal Yacht Cruises with the christening of Crystal Esprit, which was named in a ceremony at Eden Island Marina in Mahé, Victoria, Seychelles. On hand to christen Crystal Esprit was the yacht’s godmother, Lady Gaenor Anne Meakes, fiancée of Mark Richards, one of the world’s most awarded and recognized yachtsmen.

“To say today is a special day is an understatement,” said Rodriguez. “Since joining Crystal just over two years ago, a personal goal of mine has been to see Crystal realize the next step in continuing to pioneer luxury travel and hospitality; and today I am seeing that dream fulfilled.” She went on to personally thank the line’s new parent company, Genting Hong Kong (GHK) and its chairman and CEO, Tan Sri Lim Kok Thay, for his and his company’s support of her vision for Crystal’s future.
So what about Crystal Esprit is Rodriguez most excited about? The yacht’s three-person submarine, of course. “Who could go on a cruise and go down under the sea in the Seychelles on a submarine?” Complete with its own captain and room for two more passengers, the submarine is a new “sea excursion” offered to guests ($599 per person for 30 minutes).

But the launch of Crystal Esprit, which also debuts a culinary concept that focuses heavily on quality local ingredients and will now sail itineraries in the Indian Ocean and Mediterranean, is just the beginning of what’s to come for Crystal. 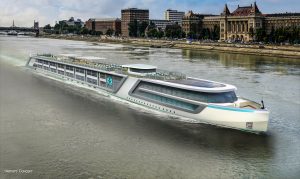 In July 2016, Crystal River Cruises debuts with the naming and inaugural of Crystal Mozart, which, following an extensive drydock, will begin sailing the Danube River. Rodriguez touts the river ship’s unique amenities, including an indoor pool, a full walk-around deck, and a spa and salon.

“She’s beautiful. She is such a perfect fit to translate the Crystal Cruises experience to this particular vessel,” said Rodriquez. “She’s going to be spectacular and like nothing on the rivers to date.”

Looking ahead to the naming ceremony, Rodriguez stresses that, “It’s going to be very, very exciting. It’ll give new meaning to naming ceremonies.”

Also taking off in fall 2017 will be Crystal Luxury Air, which has already seen the purchase of two planes that will take guests on multi-week journeys to far-off destinations not typically served nonstop by major airlines.

“Forget about first class, this is Crystal-class seating,” said Rodriguez, adding that besides the luxury flat-bed seating, there will be some beautiful lounges as well as “some other surprises in the sky.”

“But it’s not just about flying,” Rodriguez notes. “It is getting to these incredible destinations nonstop, and then the experience continues the minute the plane lands and the cars pull up on the tarmac to pick up the guests and take them to 12 to 15 destinations around the world in a really exclusive luxurious way.”

Then, late 2018 will bring Crystal Exclusive Class Ocean Cruises, a set of three ocean newbuilds that will host 1,000 guests and 1,000 crewmembers for a staggering 1-to-1 ratio. The ships will have a water sports marina featuring a submarine, zodiacs, sea-doos, and other water toys, as well as a helicopter for sightseeing and other unforeseen needs.

Also aboard the three new ocean ships will be Crystal Residences, private residences ranging from 800 to 10,000 square feet that will start at several million dollars. What’s unique about the residences (of which there will be no more than 48) is that the residents will be living in unison with the 1,000 regularly scheduled cruise guests, who will make the place feel alive and vibrant, said Rodriguez. The residents will have their own private dining room, private concierge, and private spaces, but will also be able to go out around the ship — to the restaurants, show, casino, gym, and spa — and see 1,000 new faces each week.

When speaking about all of these game-changing announcements that were made this year regarding Crystal’s global expansion, Rodriguez hinted at even more news to come — within the next eight months or so, she said. “We’ve only announced about 50 percent thus far,” she said. “There’s a lot more to come. We’ve got a lot of places still to go.”

When it comes to the blending of all of these new Crystal experiences, Rodriguez points to a term she calls “ECO,” which stands for Exclusivity, Customization, and Options for its customers. “Everything we do at Crystal going forward will be built around this platform.”

It is amazing to think that just five months ago, Crystal Cruises was a cruise line with two ships carrying around 1,000 guests each. And now, thanks to the vision of the line’s president and CEO as well as major support and backing from the line’s parent company, luxury travelers will reap the rewards of the one-of-a-kind experiences that will stem from such a significant business expansion.

“I am of a philosophy that you either grow or die,” Rodriguez said. “This is beyond the next 25 years. This is the future. This will be the legacy of our chairman.” 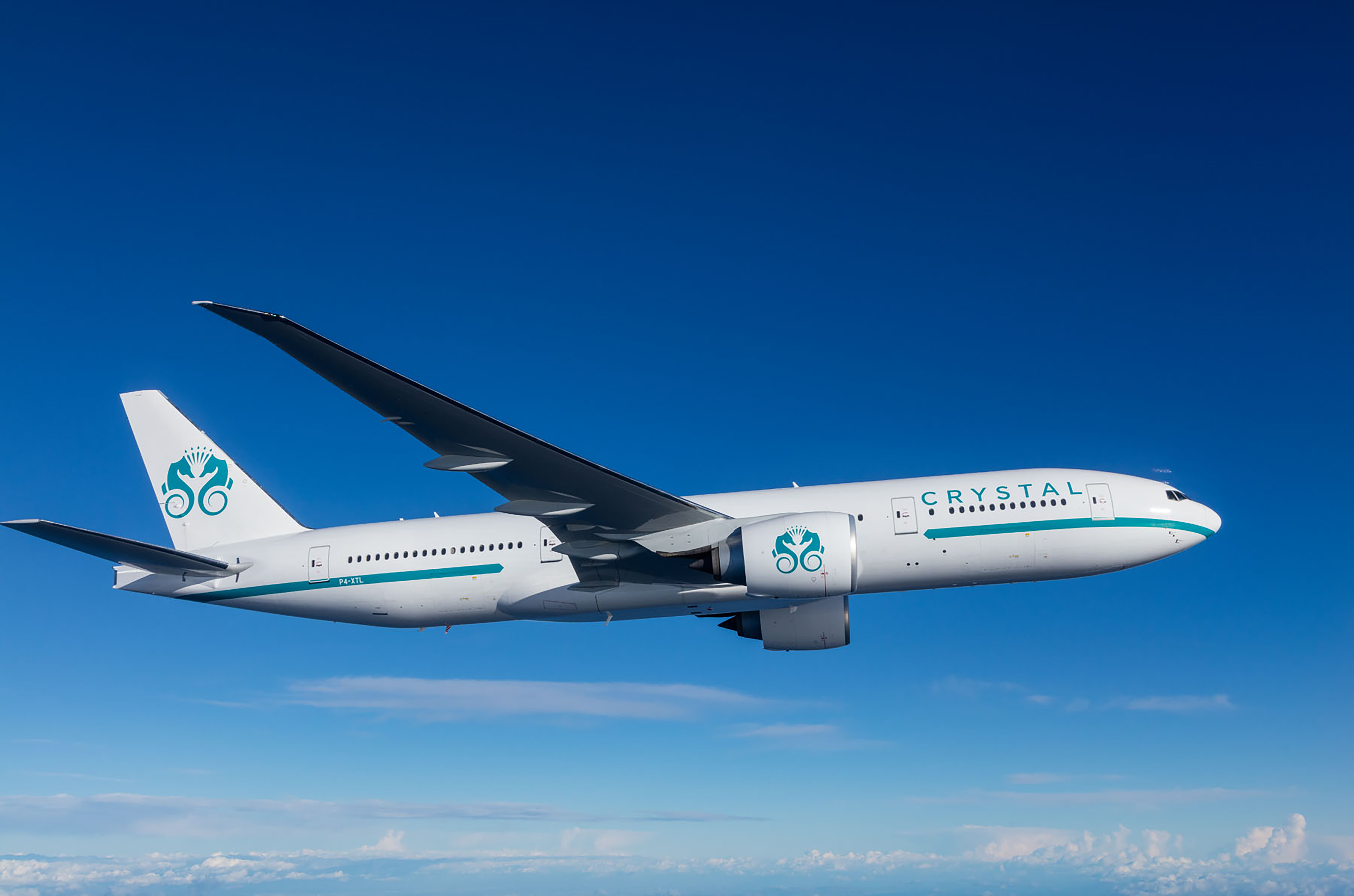 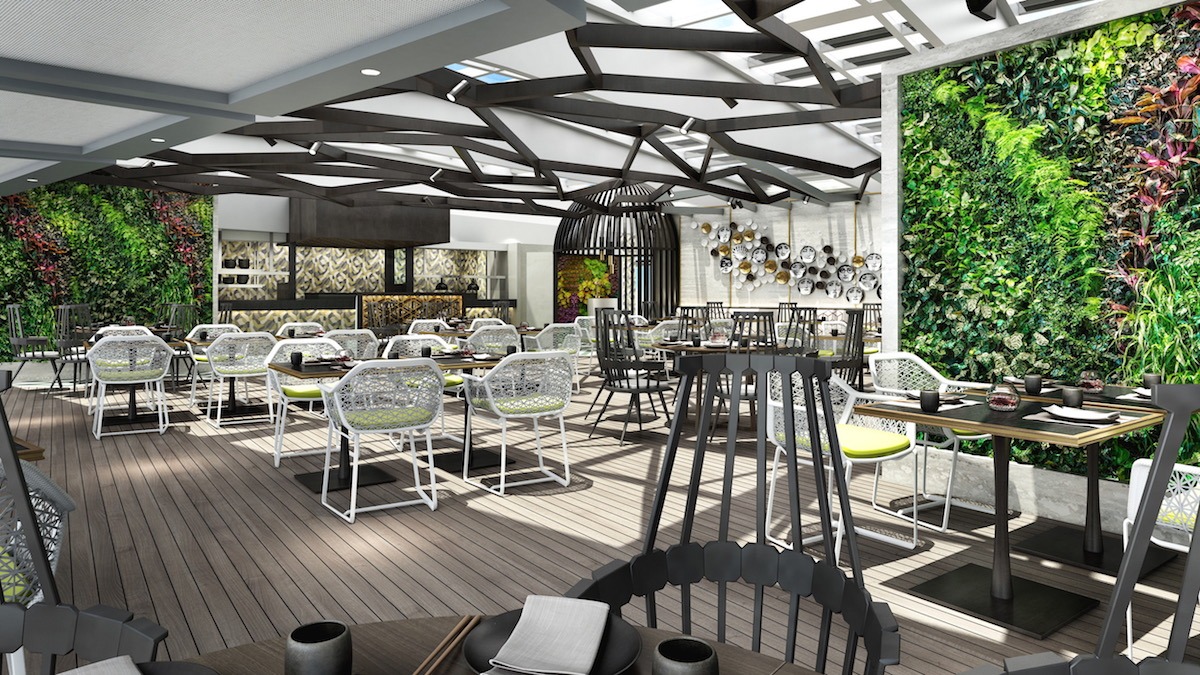 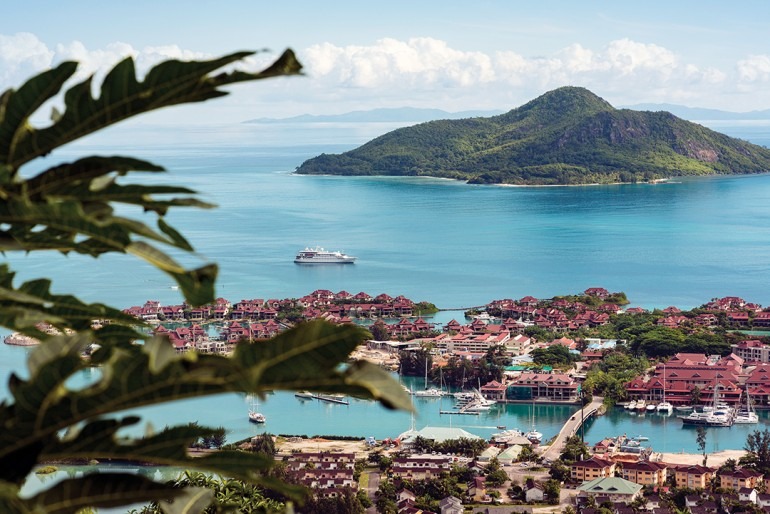