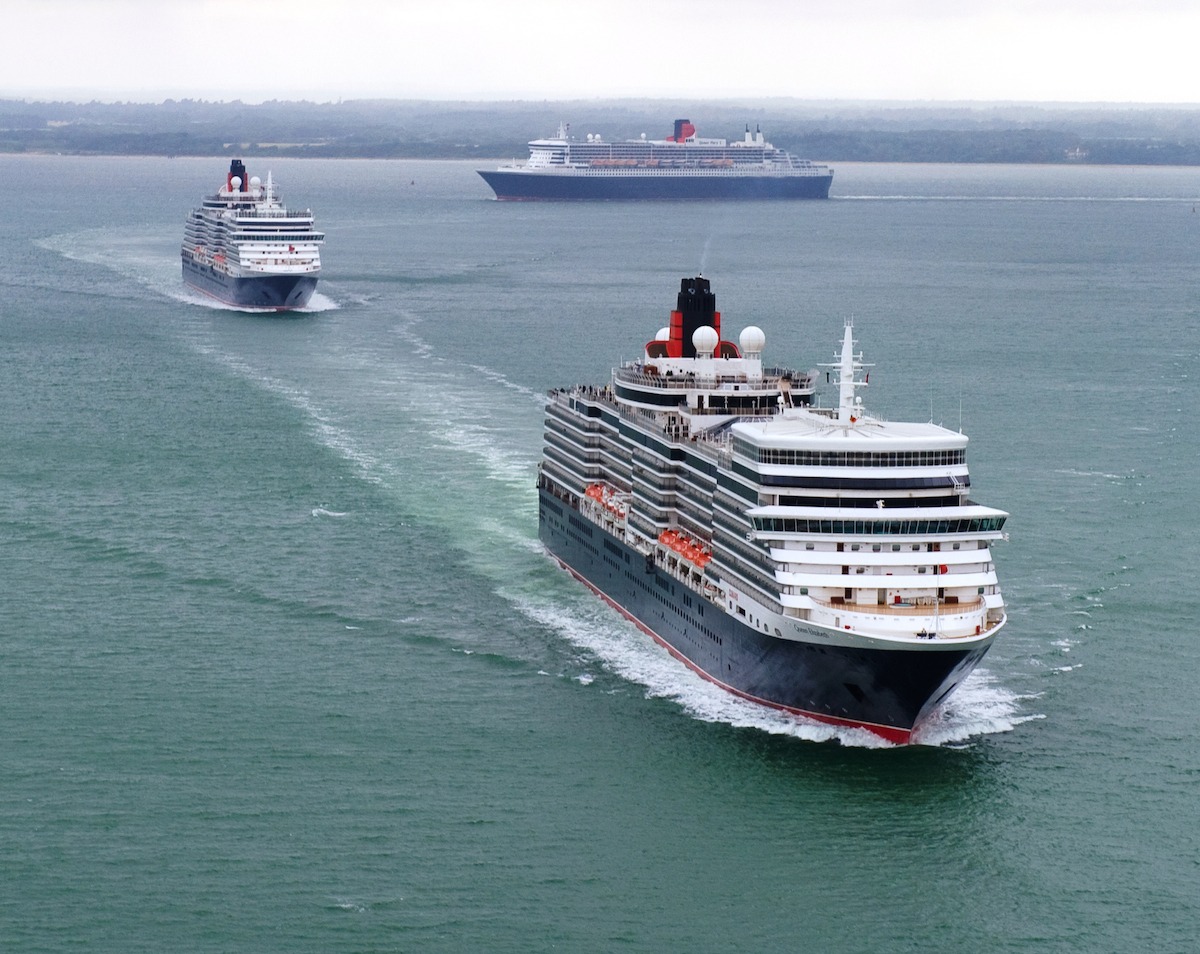 Queen Victoria’s June 8–22, 2017, voyage features shore excursions to the gardens and flower markets of the Canary Islands including stops in Tenerife and Lanzarote to glimpse into the world of visionary artist César Manrique. Also included is an overnight stay in the floral paradise of Madeira with an evening dinner at Madeira’s Quinta Jardinsdo Lago botanical garden hotel, plus workshops designed to enhance guests’ appreciation of the floral arts.

Queen Elizabeth will sail the British Isles, July 1–14, 2017, to explore the artistic side of ports including Rotterdam, Newhaven, and Liverpool, in the company of actor Robert Powell and Louise West, Trustee of the Charles Dickens Museum and Former Senior Curator of the Jane Austen House. Book Club get-togethers, Cunard Insights talks, and events hosted by Clarendon Fine Art will allow guests to gain a deeper understanding of the life and works of popular authors like Jane Austen, Oscar Wilde, James Joyce, Beatrix Potter, and Victor Hugo.

On December 8, 2017, The New York Times crossword puzzle editors will sail on a Queen Mary 2’s Transatlantic Crossing in celebration of the crossword’s 75th anniversary. Daily game sessions, lectures, and crossword-themed activities will fill this voyage for problem-solving passengers.

Cunard has partnered with The New York Times to offer engaging speakers from this national news source on six Eastbound Transatlantic Crossings on Queen Mary 2 from May through December in 2017. Topics will include national security, climate change, economics, sports, politics, and more.

Queen Victoria’s first dedicated Voyage du Vin, June 1–8, 2018, will introduce guests to some of Europe’s finest wine and port destinations such as Oporto, Lisbon, and Vigo. This voyage will also include tastings from Cunard’s wine list, which features more than 400 wines from 23 different countries. Passengers will have the opportunity to join the new Cunard Wine Academy and take the Wines and Spirits Education Trust Level 1. The voyage will feature a bespoke series of dinners, tastings, and master classes with leading Iberian wine producers and experts.

Guests on Queen Elizabeth’s Norwegian Voyage, July 1–13, 2018, will learn professional tips from esteemed experts such as Ross Hoddinott, one of England’s leading wildlife and landscape photographers, and take a trip to the Arctic Circle to photograph the stunning phenomenon of the “midnight sun.”

For the first time ever Cunard has collaborated with Ancestry.com, the largest online family history resource in the world, to offer guests the opportunity to trace their family trees on a Queen Mary 2 Transatlantic Crossing. Ancestry experts will be on board the November 4, 2018, sailing to help guests follow their family’s journeys, learn about family history, sift through records, and discover their ethnic origins with AncestryDNA. One in five immigrants came to the United States on a Cunard liner so this collaboration is a perfect fit for passengers who want to trace the steps of their ancestors.

A unique opportunity to join cartoonists as they host lectures and workshops aboard five select 2018 Eastbound Transatlantic Crossings. 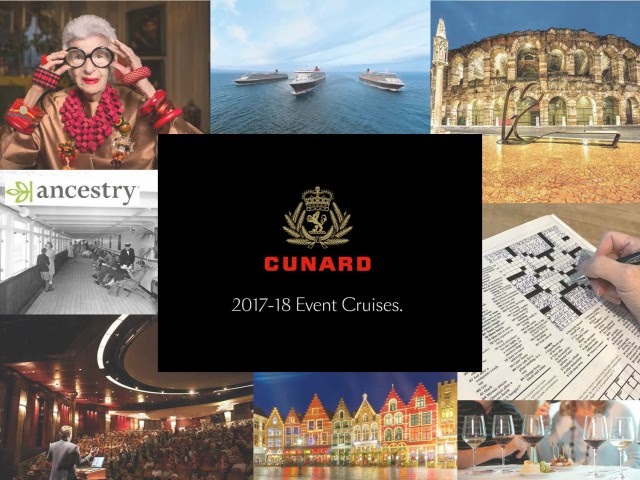 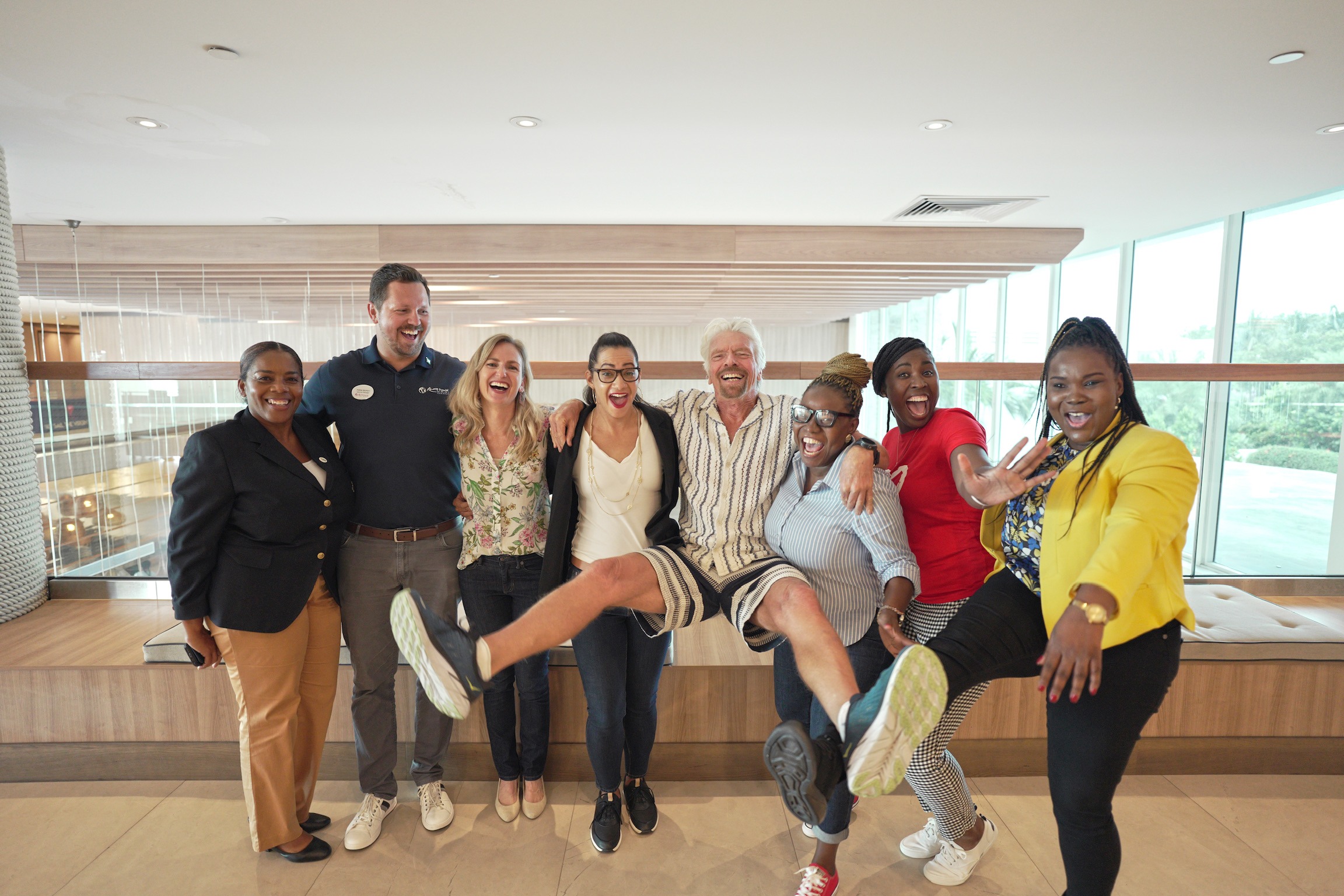