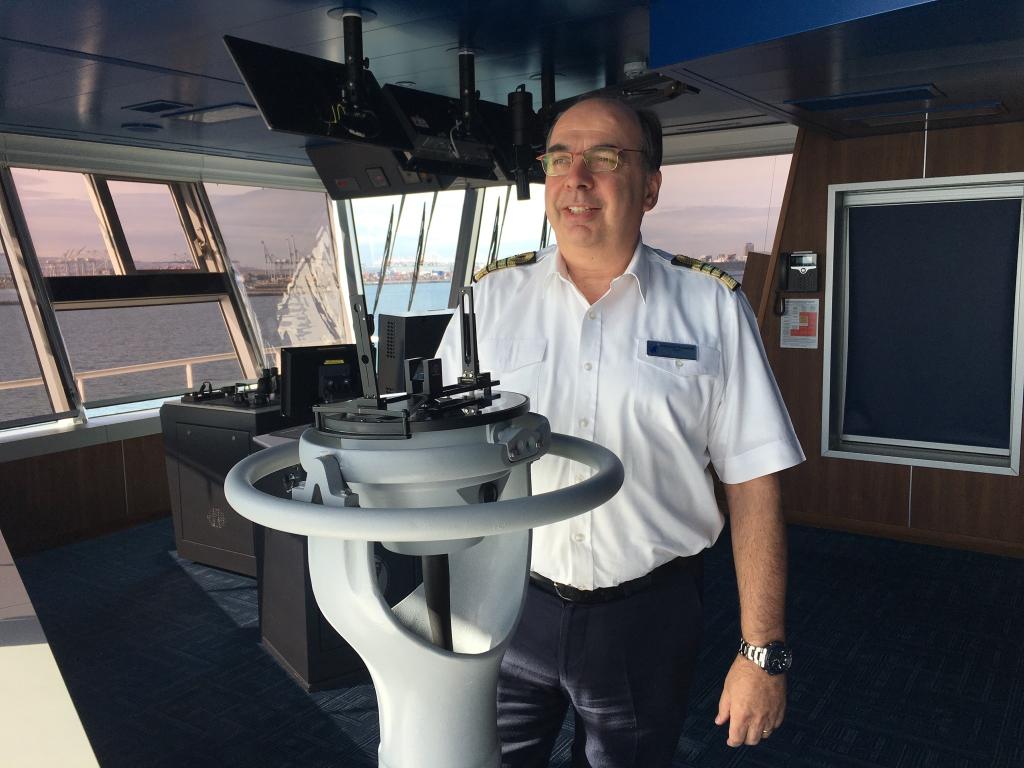 We’ll have to wait a few more months before Holland America Line’s newest ship is delivered, but the cruise line announced the senior staff officers who will be on board when she does! The officer crew of Rotterdam brings a combined 80 years of experience to their positions, many of them with Holland America. Rotterdam‘s first sailing will depart August 1, 2021 and the ship will spend its inaugural summer season in northern Europe.

“Holland America Line has a solid foundation of exceptional leaders who are seasoned at delivering new ships, and these team members bring years of experience, knowledge and dedication to our brand,” said Gus Antorcha, president of Holland America Line.  “As we move toward delivery this summer, this team will be tasked with getting the ship ready to welcome guests and ensuring we have a happy complement of crew. We know they’re up to the task, and we congratulate them on their appointments.”

Holland America previously announced that Captain Werner Timmers will be at the helm when the ship sails for the first time. Captain Timmers joined Holland America Line in 1984 as an intern and has worked on all classes of ship for the cruise line, most recently as master of Koningsdam.

“As one of the longest-serving officers in our fleet with a wealth of experience, we are pleased to name Captain Timmers master of Rotterdam,” said Gus Antorcha, president of Holland America Line. “His years of seamanship and hospitality with both guests and crew will continue to create a culture on board that promotes excellence in service and a passion for travel.” 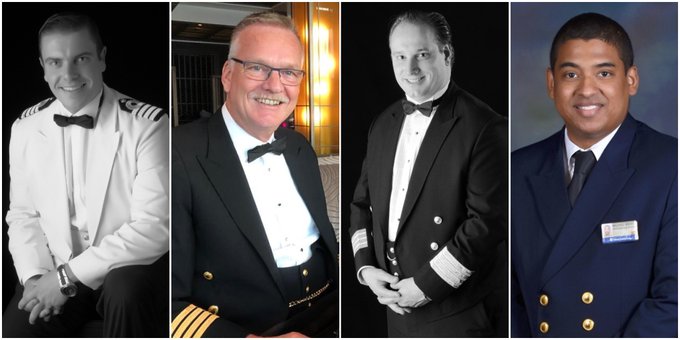 Kevin Beirnaert joined Holland America Line in 2006 and worked on Rotterdam, Eurodam, Nieuw Amsterdam, Koningsdam and Nieuw Statendam, where he recently filled in as captain.

Originally from Gent, Belgium, Beirnaert studied at the Hogere Zeevaart school in Antwerp, Belgium, where he graduated with a degree in masters nautical science. As a cadet and junior officer, he started his career with freight carrier Ecuadorian Line and on dredging ships in Dubai, U.A.E., on the Palm Jumeirah project before joining Holland America Line. He lives in Las Vegas, Nevada when not at sea.

From Drachten in the province of Friesland, Netherlands, Peter Massolt has worked a total of 19 years with Holland America Line, from 1980-87 and then again from 2008 onwards. During his time with the company, he has worked on ss and ms Rotterdam, Ryndam, Prinsendam, Statendam, Veendam, Volendam, Noordam, Nieuw Amsterdam and Nieuw Statendam.

Since joining the food and beverage department in 2005, Wessel van Oorschot has been everything from assistant maître d’ to hotel director. Van Oorschot studied hospitality management at Hotelschool Ter Duinen in Belgium and Baronie College in the Netherlands and started his career at Holland America Line as an intern. Rotterdam will be the fourth new ship he has launched with the company, having previously introduced Nieuw Statendam, Koningsdam and Nieuw Amsterdam.

When not sailing, van Oorschot lives in the Philippines with his wife, who is a shipboard doctor with Holland America Line.

A native of Panama where he still resides, Michael Brown joined Holland America Line in 2016. Previously, he was a marine engineer in the cruise industry.

Brown graduated from the Universidad Marítima Internacional de Panamá with a bachelor’s degree in nautical marine engineering. When not working, he enjoys being with friends and watching movies. 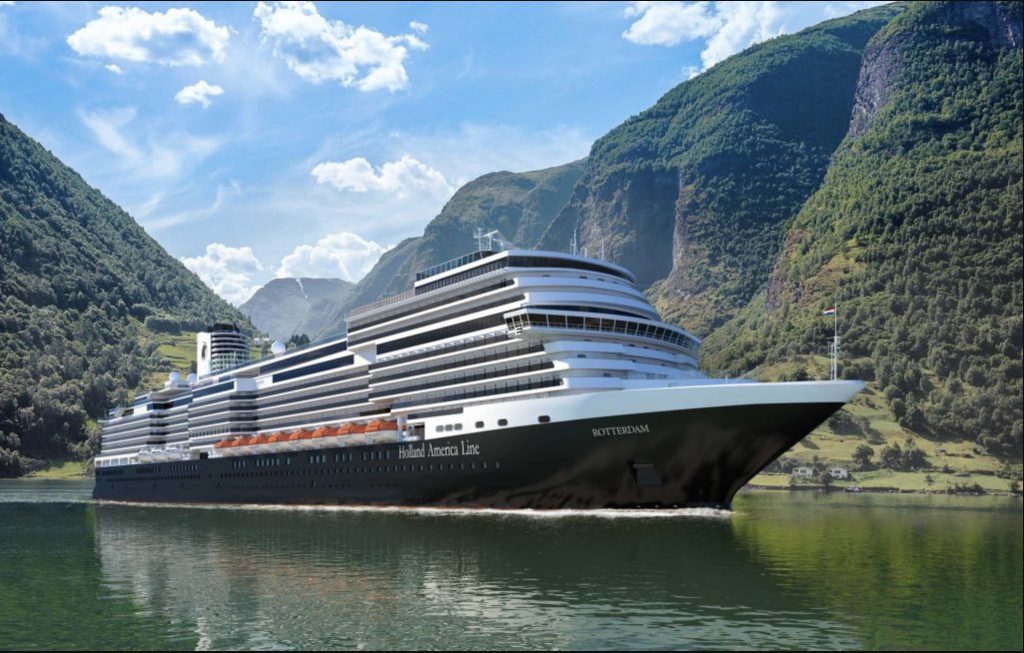 The new ship will be the third in Holland America’s Pinnacle Class series and the seventh ship in the past 150 years to feature the name Rotterdam. The ship will hold 2,668 guests and feature a number of innovative Pinnacle Class technology and dining concepts like the 270-degree surround screen World Stage, Rudi’s Sel de Mer and Grand Dutch Café.

Have you sailed on any of the previous Rotterdams or a new Pinnacle Class ship? Let us know in the comments! 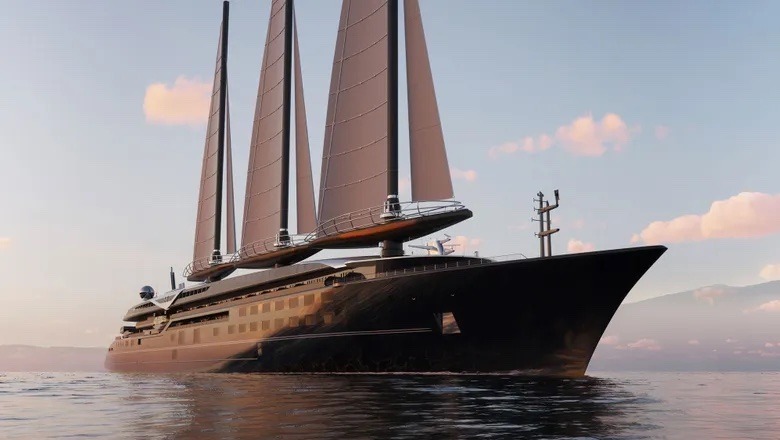 The Orient Express, the legendary long-distance passenger train service of the 19th century, is thun

Late in the summer of 2021, well over a year after the last cruise ship call on Alaska, the Last Fro

May 6, 2022 By Porthole Cruise and Travel
Cruise Deal of the WeekFeatured

Welcome to the midst of Spring! Alaska cruises are back in full swing, but today we have a Caribbea