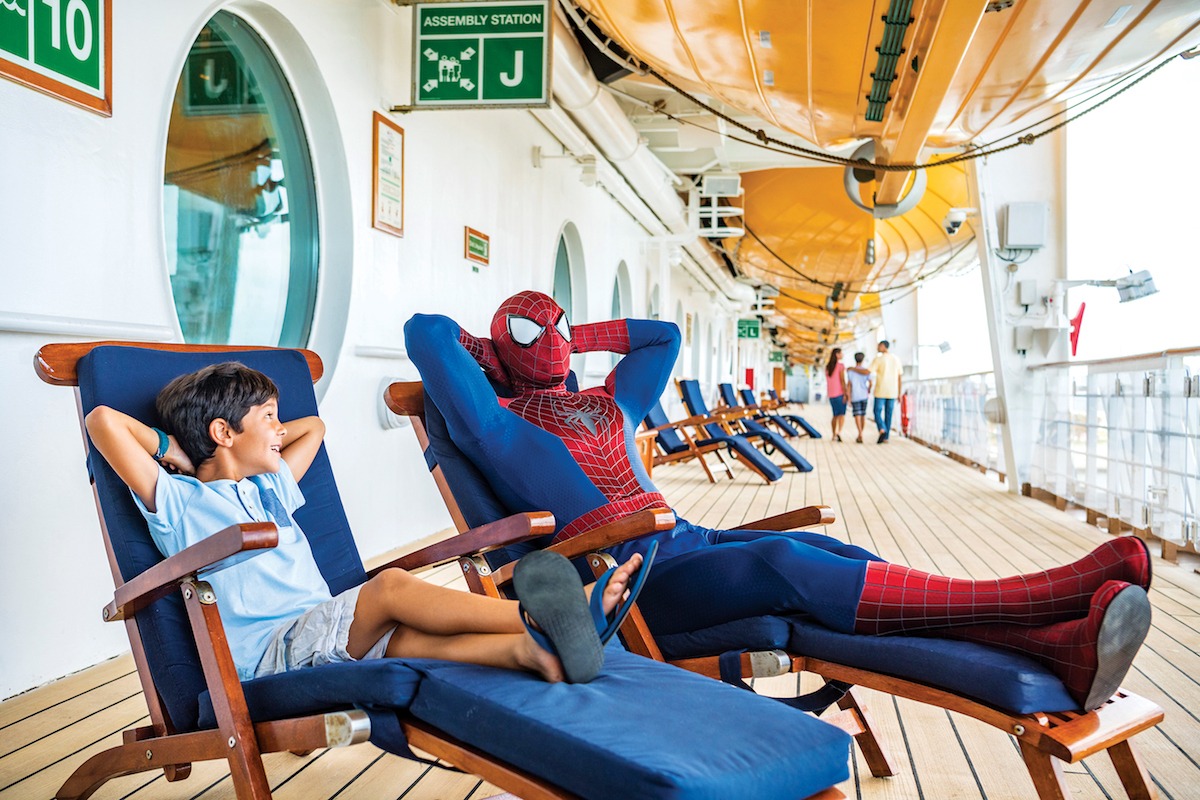 Attention all Marvel fans: Book a Marvel Day at Sea theme voyage aboard Disney Cruise Line immediately! It doesn’t matter if your penchant is for the Marvel Cinematic Universe, television series, classic comic books, or all of the above. There’s something for every connoisseur, as well as the uninitiated, on these special sailings.

Spider-Man, Captain America, Thor, Doctor Strange, Black Widow, Hawkeye, Gamora, Star-Lord, Groot, Iron Man, Loki, and more are all along for the ride during a jam-packed sea day of festivities on Disney Magic. Even for the few passengers who may have never heard of any of those characters, there are opportunities to be brought up to speed.

To be sure, most guests on these cruises are superfans to begin with, including yours truly. After all, I attend Comic-Con International annually in my homeport of San Diego, in addition to The Walt Disney Company’s own biennial D23 Expo in Anaheim. And Marvel Day at Sea is tailor-made for such devotees.

Theme for a Day

Unlike most theme cruises where, say, music festivals occur throughout their entirety, the bulk of activities are condensed into a single day. Disney Cruise Line first introduced the concept with the successful Star Wars Day at Sea to creatively add value to a period of time not occupied by a port.

Of course, there are shopping opportunities and potential film screenings throughout the cruise. Once the stores open, great commemorative logo items from T-shirts and pins to housewares and artwork are for sale. Also, if a first-run Marvel Studios film is showcased shoreside, it will be featured in the Buena Vista Theatre throughout the sailing for free. On ours, the recent hits Black Panther and Thor: Ragnarok were on rotation, in Dolby 3D no less.

Happy Holidays, cruisers! It may be too late to get your last-minute online shopping packages delive